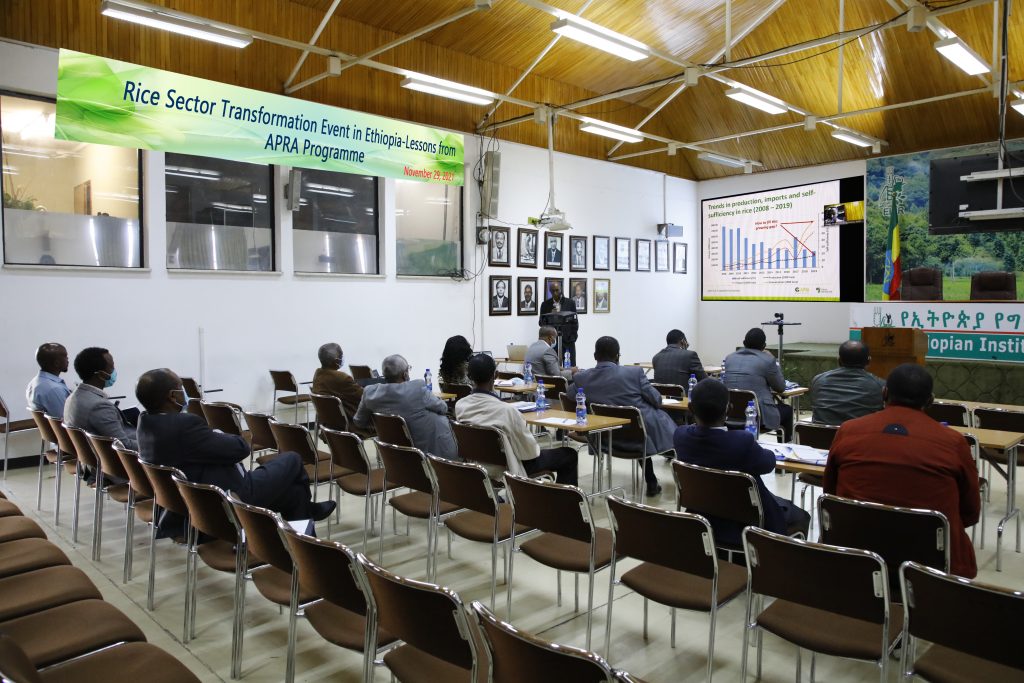 Can agrarian transformation in Ethiopia’s Fogera Plain be scaled? Lessons from a national engagement workshop

Ethiopia is facing a decline in national rice self-sufficiency and rice imports, which cost the country about US$200 million in 2019. However, there is a pathway to reversing this trend and recovering the national rice sector… The solution? An effective policy framework. This was the conclusion reached at a national engagement event held by the APRA Ethiopia team to discuss the country’s rice value chain with key stakeholders. The meeting, held on 29 November 2021, was convened by APRA Ethiopia to share the team’s research findings from studies on the transformation of the national rice sector with government officials, fellow researchers, development partners and more. 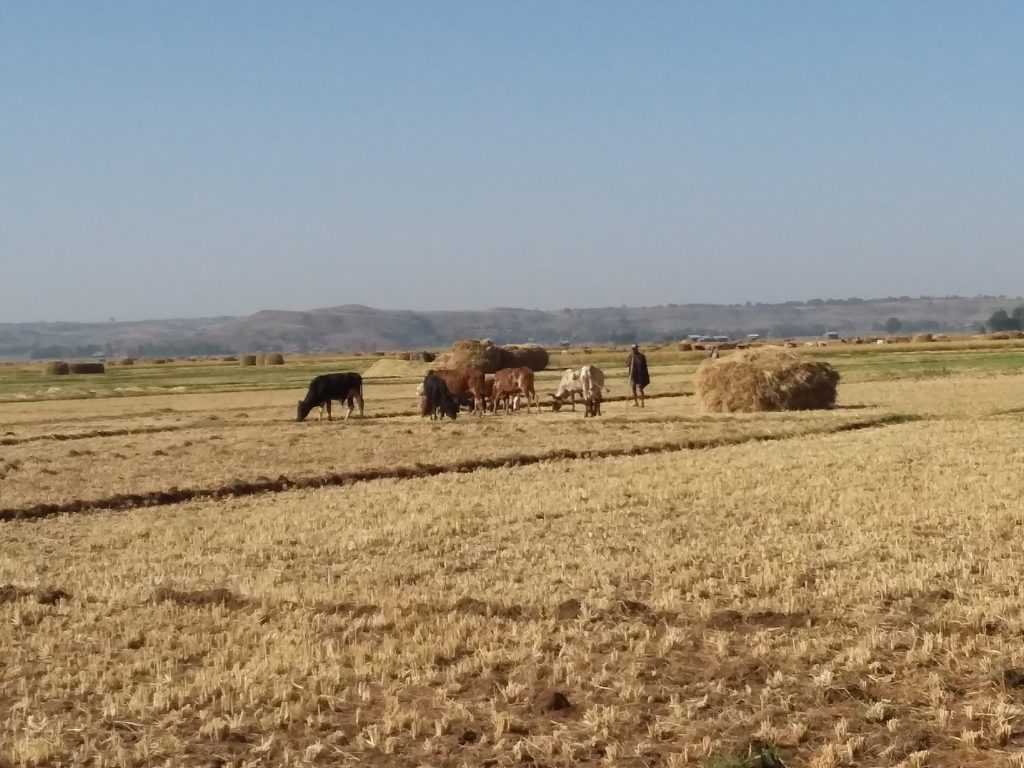 APRA Ethiopia researchers have spent years studying the country’s rice value chain and identifying its role in providing a pathway out of poverty for the farmers who engage in it. The team has explored the role of increased rice commercialisation for the observed agrarian changes and the livelihood trajectories on the Fogera Plain, and engaged with efforts both within and beyond the country to promote the sustainable development of the rice sector. Such efforts have included team members’ participation in events such as the East African Rice Conference in May 2021, which gathered representatives from other East African countries – Burundi, Kenya, Rwanda, Tanzania and Uganda – to identify policy reforms to transform Africa’s rice sector through scientific innovations. 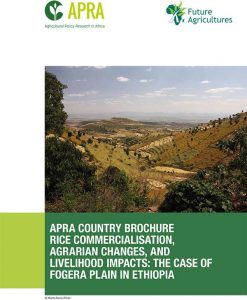 APRA Working Paper 78: How Does Land Size Mediate the Relationship between Specialisation and Commercialisation? Lessons from Rice Farming in the Fogera Plain of Ethiopia

A Multi-Phase Assessment of the Effects of COVID-19 on Food Systems and Rural Livelihoods in Ethiopia: The Case of Fogera Plain

Responses of Rice Farmers Engaged in Vegetable Production: Implications of the Collapse of Vegetable Prices in the Fogera Plain

Working Paper 51: The Political Economy of the Rice Value Chain in Ethiopia: Actors, Performance, and Discourses

Impact of COVID-19 on Food Systems and Rural Livelihoods in Fogera Plain, Ethiopia – Round 2 Report

ALRE Research Note : The Diamond of Influence, a Model for Exploring Behaviour in Research to Policy Linkages

Working Paper 44: The Emerging Importance of Rice as a Strategic Crop in Ethiopia

Impact of COVID-19 on Food Systems and Rural Livelihoods in Fogera Plain, Ethiopia – Round 1 Report

APRA Brief 24: The white gold of Wereta: A city raised on rice

APRA Brief 16: A Historical Analysis of Rice Commercialisation in Ethiopia_The Case of the Fogera Plain

Working Paper 18: A Historical Analysis of Rice Commercialisation in Ethiopia: the Case of the Fogera Plain