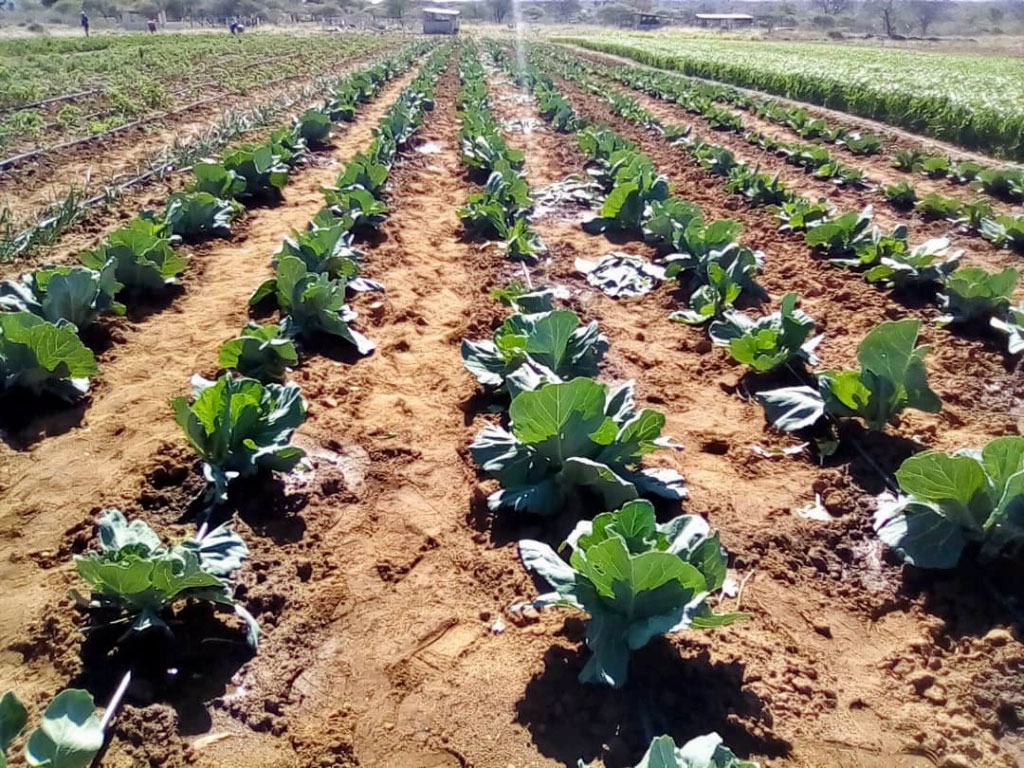 Over the last few weeks, we have looked at urban agriculture in different parts of Zimbabwe; from a city like Masvingo to small towns and growth points like Chikombedzi, Triangle/Hippo Valley, Maphisa, Chatsworth and Mvurwi. In all cases we see the massive growth of urban agriculture. This takes many forms from intensification of backyard plots to open space farming in insecure, but extensive patches to more regularised small farms in urban settings.

This growth of urban agriculture is a response to the economic chaos that has enveloped Zimbabwe. Rising inflation, diverging exchange rates across multiple currencies and the collapse of the formal sector, with massive lay-offs has put people living in towns in extremely precarious positions.

People have to find ways to survive and nearly everyone has a small plot to provide food, offsetting the escalating costs of purchasing. Small-scale backyard vegetable growing, perhaps with a few mealies, has always been part of urban life, but today urban agriculture is different.

There is greater investment (many new wells, pumps, solar power) and areas planted have expanded massively, outside backyards to nearly every available space. Competition for urban land is intense and brokers and officials are making money from deals as people struggle to claim plots.

With both intensification and extensification, urban agriculture has become much more commercialised, with people selling to traders, supermarkets and engaging in contracting. This in turn is having an effect on rural agricultural supply and marketing, the traditional source of agricultural products in towns, and so patterns of food security.

Urban agriculture is also creating jobs in town, both formal and informal. Informal jobs in the hustle economy are known as kukurokoza or kungwahva ngwahva (the latter a 2021 single from Qounfuzed). From providing labour for production to offering agricultural support services, employment is being created. This is especially important for young people who may not have land and who have no jobs.

Piece work employment for production starts from land clearing and preparation through to planting, weeding and harvesting. People may be employed to help with sales and marketing too. Others are employed to build pig sties or fowl runs and then feed and even market pigs or chickens for example.

Growing urban production has resulted in huge demand for transport, whether push carts or vans to move crops to markets. As areas cultivated expand, tillage services are in demand, and those with tractors offer ploughing across the open spaces in town. Pest control services are also being offered, with individuals buying knapsack sprayers and chemicals and moving around offering to spray crops in people’s backyards.

As urban agriculture expands, public services are getting involved. Urban agriculture presents a dilemma for town planners and council officials, as a comment on a recent blog in this series noted. They know it’s important and many may have plots themselves, but outdated by-laws from the colonial era notionally make much of such farming illegal.

Meanwhile, agricultural extension agents are beginning to work more in urban areas, offering advice and support to urban farmers. Farmer-to-farmer exchanges are happening as new urban farmers share experiences. Pfumvudza plots can be found, and those engaging get free inputs. As elections near, such subsidised programmes become more important and urban constituencies become significant for the incumbent party who have lost much support to the opposition over the years.

As with all agriculture, forward and backward linkages associated with intensifying economic activity become important in generating employment opportunities. Urban agriculture not surprisingly shows many similar characteristics to what we seen in rural areas, where agricultural growth since land reform has had spin-off linkage effects in the wider local economy, including small towns situated in rural areas.

With the growth of agriculture in towns themselves, these linkages are being transformed, often to the detriment of rural production and marketing. Some are shifting operations from rural areas to urban areas, moving irrigation equipment, vehicles, grinding mills and so on to towns. With these changes come new patterns of (mostly informal) employment, and new opportunities especially for young people. As demand for urban land spirals not only for building but also farming, those who control land in and around towns become more and more powerful.

As we have discussed in this short blog series, urban agriculture is the centre of both a new politics and a new economy linked to land and agriculture, as well as a new dynamic of food security, with major implications for how people are able to navigate and survive in a collapsing economy.

This is the fourth blog in a short series on urban agriculture. See the other blogs here: