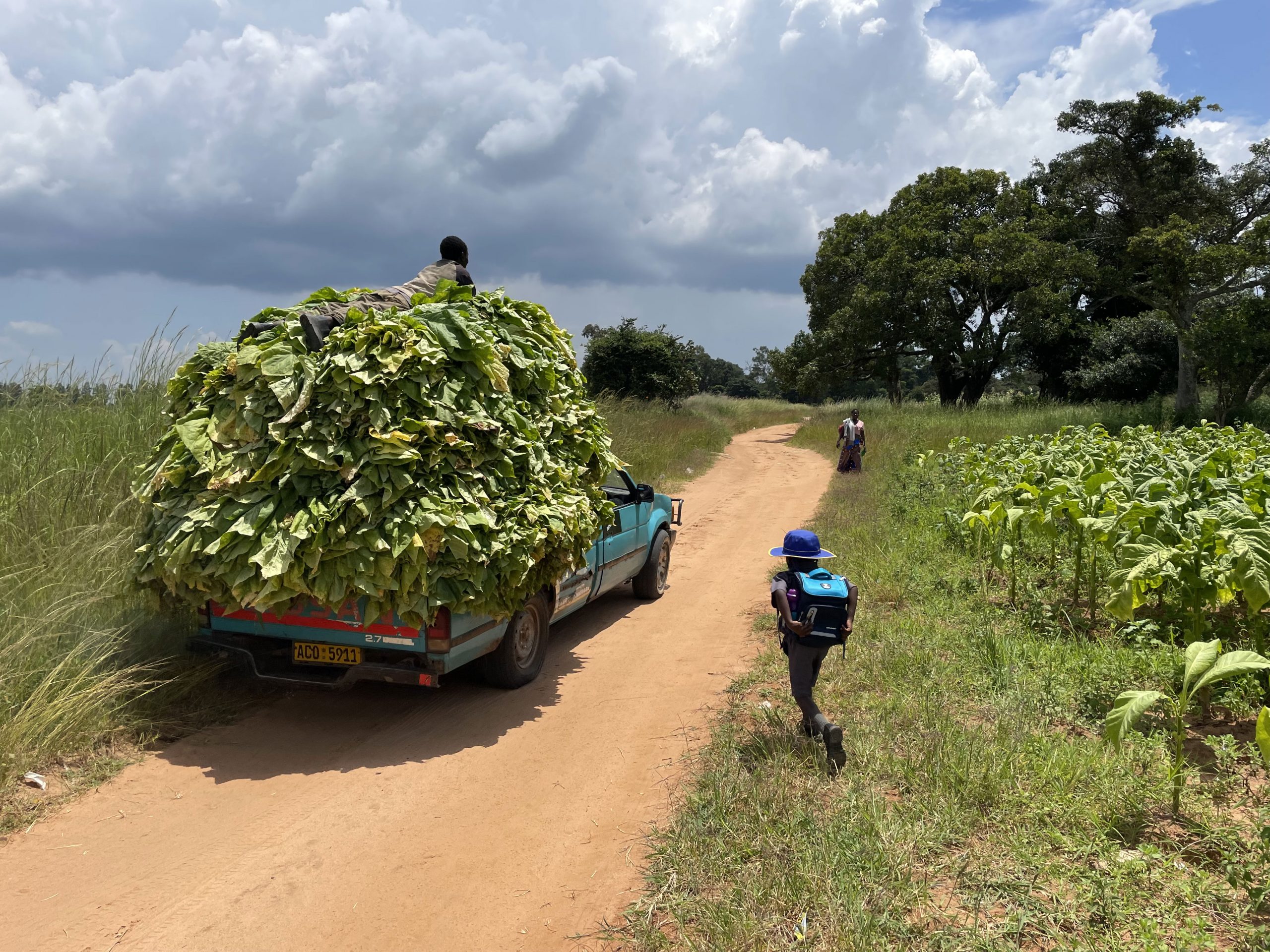 The question of how agricultural commercialisation affects livelihoods has been central to the recently completed APRA programme, which, along with Ethiopia, Ghana, Nigeria and Tanzania, had work going on in Zimbabwe. A core part of the Zimbabwe work was major repeat panel surveys of smallholder A1 resettlement farms in Mazowe district. The surveys were undertaken in 2018 and 2020, reflecting on the previous season’s performance, with a repeated matched sample of 533. A cluster sample randomly chose 11 A1 (smallholder) resettlement schemes in Mvurwi and 7 in Concession and then all households in those areas were included. The panel design allowed for confounding factors to be controlled for and analysis of effects of different variables could be discerned, even though the seasons were radically different.

The team, led by Chrispen Sukume and involving Godfrey Mahofa, Vine Mutyasira and others – supported by a large team of enumerators and others drawn especially from Agritex – explored some key questions at the top of policymakers’ minds. Does commercialisation (i.e., regular sales) of tobacco, soya and maize result in improved incomes and accumulation of assets, and so reductions in poverty? How does the focus on cash crops influence seasonal hunger and food insecurity? Do women benefit from this process of commercialisation?

A1 farmers generating income and investing in assets

As discussed many times on this blog, these A1 areas are at the forefront of a new agricultural revolution, particularly in the high potential zones of the country. They are a significant supplier of marketed crops contributing 36 per cent of all soybeans sold on formal markets, 26 per cent of all maize registered a6s sales and they constitute 41 per cent of registered producers of flue-cured tobacco in the country, with the remainder made up by A2 medium-scale farms and remaining large-scale farms. Even though this is only the formally recorded sales (there are many, many more, including informal exchanges), this is a major contribution to the core of Zimbabwe’s formal economy. But how do farmers themselves fare? This was the question for the research, now reported in a series of APRA Working Papers.

In terms of income and accumulation (or rather the value of asset ownership, as the studies do not look at trajectories over time), the results shared in an APRA paper show that those households engaging in tobacco, soya and maize sales all gain more income and own more assets. Income is measured as volume of sales x the cash gained as reported by farmers and assets are those reported by farmers valued according to replacement costs. Tobacco producers fare best, followed by soya and maize producers. However, it’s those who combine tobacco and soya that have the best incomes, and it is the tobacco producers in particular who see the most impressive asset ownership levels. Econometric analysis suggests that selling both tobacco and soya will result in an increase of income by 194%, “all else being equal”. Positive outcomes in terms of farm income are also correlated with spending on inputs, livestock ownership, area of land planted and tractor usage.

The results are of course not surprising – cash crops provide cash and cash can be invested in assets – and the pattern seen from the surveys confirm what we and others have found before. Further questions are raised, however. Of course, getting cash from sales is one thing, but what about the varied expenses of production? This is tackled in another APRA paper that looks across countries at ‘gross margins’ (incomes minus expenditures) and so calculates returns to land and labour for different crops in different settings. For Zimbabwe, the results show (again) that farming tobacco results in good returns, especially to land (US$1053/ha), but also to labour even though labour costs are high (US$6.4/day). The returns to land for maize are less spectacular (US$781/ha) but returns to labour are higher (US$19.4/day), as maize returns are boosted because of the artificially high value of maize in Zimbabwe (compared to international border prices) and it is a less labour-intensive crop.

Returns are of course highly sensitive to changing prices, with major swings in returns resulting as prices increases or decrease. Intensification – increasing costs on inputs – however may not always be a good idea, as returns may not be sufficient, and this appears to be especially the case for the already high-cost production of tobacco in Zimbabwe, facilitated by contract arrangements with companies. Contract arrangements and facilitation and intermediation of value chains by brokers of different sorts, however, can bring bigger returns for commercial crops such as maize. As the paper concludes, overall, it pays to be a small-scale farmer these days, even with relatively low levels of intensification, as these returns represent reasonable overall incomes for a family, especially if higher than world prices are paid for maize.

How does commercialisation affect seasonal hunger? One of the arguments against cash cropping is that such crops divert effort away from food, leaving people vulnerable. But is this the case? Can people use the cash they earn to buy food and so offset any food deficits? The results from the surveys in another APRA paper show that overall cash cropping reduces seasonal hunger and that this is especially the case for tobacco and food crops (but not soya), and the effect is greatest for asset poor households. ‘Hunger’ during six months of the lean season (November to May) was assessed in relation to people’s recall of whether they had enough to eat during the day for each month and various commercialisation indices were also used (by crop and overall), representing the ratio between sales value and total value. Here, the timing of payments from the tobacco crop is crucial as this happens at the time when food deficits are at the peak.

Other variables that had a positive correlation with reduced seasonal hunger were being a male head of household, having larger cropped area and having access to remittances and off-farm work. Of course, there is variation across households, but the overall conclusion drawn is that supporting cash cropping is not a route to food insecurity. This supports earlier findings in cotton-growing areas, such as Gokwe where in the boom cotton years, people did well.

Who benefits from agricultural commercialisation?

Another important question is who benefits? This basic distributional question requires delving into cross-household comparisons. The averages and median figures presented in these papers do not tell us much about distribution, and especially the implications for particular groups of people, such as women or younger farmers. Here there are wider questions raised about equity in commercialisation trajectories.

Another APRA paper looks at how commercialisation of different crops was related to ‘women’s empowerment’. This was imputed through an aggregate indicator from assessments of whether women primarily managed agricultural plots, decided on how outputs are used, decided on sales and involved in decisions around how crop sales revenue was used. Those households with high levels of commercialisation of tobacco and soya in particular tended not to show indicators of women’s empowerment. As many have pointed out before, these crops are male-dominated, as value chains are highly gendered in Zimbabwean agriculture as an earlier APRA paper discussed.

A further question not really tackled by these papers is how the surpluses from high returns from commercial agriculture (for some) are spent over time. This is important as the way assets are accumulated affects the wider economy and the broader trajectory of development in an area. Here more longitudinal studies beyond two snapshot panel surveys, as the processes of change are slow and intermittent, and affected by wider political-economic dynamics.

In our historical studies, which overlap with these survey sites in Mvurwi, we see periods of accumulation – associated with good rainfall years and more stable economic and political conditions, such as during the Government of National Unity – and periods of stagnation (such as now), with different impacts on the local economy, household accumulation and also the environment.

Also, over the 20 years since resettlement, the forms of accumulation have shifted. At settlement there was initial investment in land clearing and preparation and the building of homes; this shifted after establishment to investment in transport, mechanisation and intensification of farming, including well-digging irrigation; and more recently there has been a move by some to invest away from the farms in businesses and houses for rental in town. This pattern is important because different people gain from such shifts at different times, with the linkage effects of land reform increasing over time.

While none of these papers offer anything hugely surprising – (male) farmers in Mazowe all well know that tobacco is profitable but has high inputs costs yet can provide good income and potential for investment – the confirmation of the patterns across sites with in-depth, rigorous quantitative analysis, complemented by econometric models, helps reinforce our understanding, suggesting some important policy directions for the future.

So, do delve into the papers, there’s lots of rich information contained in them all – and some complicated econometric equations too!