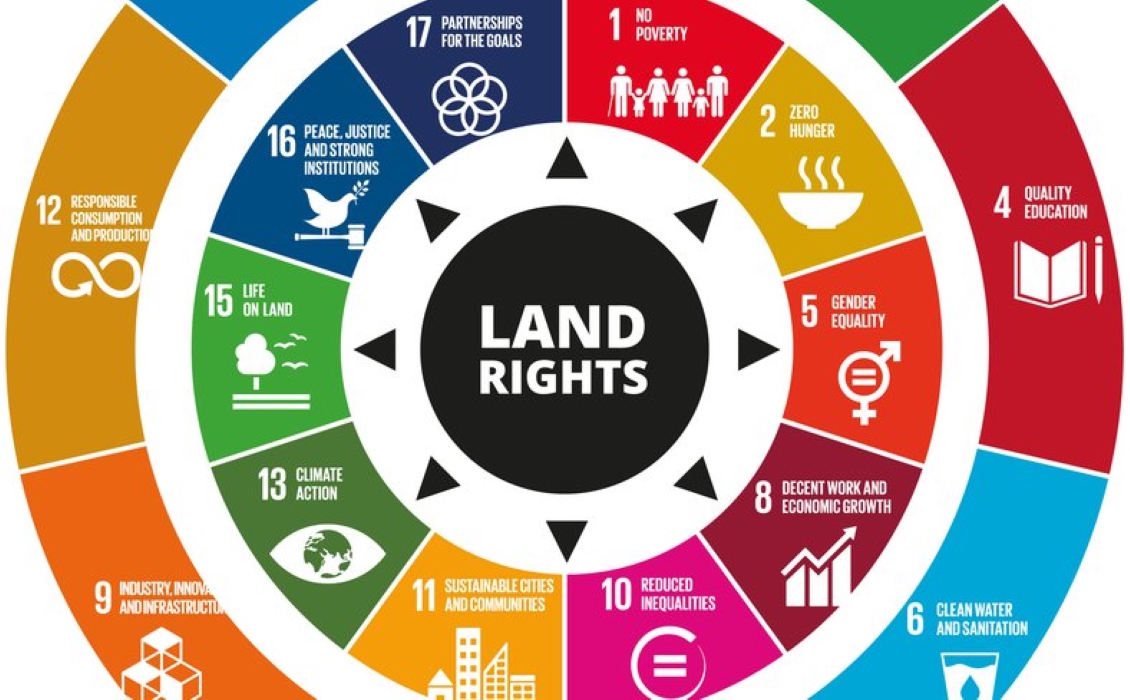 A really important report from the International Land Coalition and Oxfam is just out called ‘Uneven Ground: Land Inequality at the Heart of Unequal Societies’, along with 17 supporting papers. Through new analysis it shows that land inequality is even larger than previously thought, and that this has dramatic effects on poor people’s livelihoods, particularly those of women and young people.

In the rhetoric around the Sustainable Development Goals (SDGs) there’s lots of talk about rising inequality, and pleas to ‘leave no one behind’, but most discussion barely touches on land, despite land access being vital for so many people’s lives. The corporate-driven concentration of land holding has been well researched around discussions of the ‘land grab’, but this report goes further, digging into the dynamics of inequality and how changes in the agri-food system are driving it.

The report adopts a new methodology for exploring land inequalities, taking account not just of patterns of land holding and farm size, but the significance of multiple holdings across a corporate portfolio, land value and the presence of landless people. This shifts the metric dramatically, highlighting levels of hidden inequality so far not exposed.

The report estimates that there are around 608 million farms in the world with most being small family farms. But it is the largest 1% of farm operations that make use of more than 70% of the world’s farmland, and these are linked into global, corporate led food systems that in turn support this inequality. The 80% of farms that are smallholdings of under two hectares are by contrast excluded from the benefits of such markets. The report’s extended analysis of land value shows how, “the wealthiest 10% of rural populations across the sampled countries capture 60% of agricultural land value, while the poorest 50% of rural populations, who are generally more dependent on agriculture, capture only 3% of land value.”

Patterns vary across the world of course, but levels of land inequality are high everywhere and are rising. Not surprisingly, land inequality is particularly high in Latin America, the US and parts of Europe, where smallholder farming has all but disappeared in many farming areas. The UK is of course a stark example, and has been discussed on this blog before (see here and here).

In Asia, the huge numbers of smallholders make inequality measures just of land holdings less high, but when you take account of the equally huge numbers of landless people, then the measure changes quite dramatically. Under any measure, patterns of land inequality are not as high in Africa, but they are rising. And the post 2007-08 land grab documented widely shows how land investments were concentrated in Africa with, according to the Land Matrix, 42% of deals across 10 million hectares over a decade. As countries seek out investment, especially in cash-strapped, debt-ridden post-COVID-19 times, the temptation to allocate notionally ‘empty’ or ‘idle’ land is high. Combine this with corrupt governance practices with deals to be made with politicians and others, the likelihood of the land grab accelerating again is high.

Focusing exclusively on ‘farms’ and ‘holdings’ of course misses key populations making use of land that do not use land in this way. This is a gap in an otherwise good report. Whether shifting cultivators, hunter-gatherers or pastoralists, such populations typically suffer the brunt of land expropriation. The inequality is just as keenly felt, but it is not measured in terms of the metrics used here.

The report has a lot of good recommendations, although none of them are that new. Good land governance, land taxation, effective land registries, corporate and investor accountability, protecting the commons and women’s land rights, building sustainable and equitable production and food systems, encouraging inclusive value chains and so on have all long been talked about. But the big question is of course the political economy of inequality: why is that such a pattern is acceptable? Why isn’t redistribution at the centre of the sustainable development agenda? The report unfortunately is rather quiet on this.

The period of the great land reforms in the 1960s and 70s resulted in major decreases in land inequality. As the report shows, these gains have been massively reversed since. Through various examples, cautionary tales are told – for example of Ecuador – where land reforms occurred only to be reversed by land consolidation and the extension of large-scale capitalist farming.

The report however is seemingly rather equivocal on redistribution, saying land reforms can be unsettling, redistributive policies have to be ‘aligned’ to socio-economic goals and that when post-land reform support limited (as is frequently the case), this can undermine the benefits leading to reconcentration subsequently. But land redistribution surely must be a major response to land inequality, even if (of course) inequalities in the wider agro-food systems must be addressed also. So it was a bit disappointing that the report was a little coy on the subject.

There are many possibilities for land redistribution and shifts in its use. And this is not just in the so-called ‘developing world’. For example, the Downland Estate around Brighton in the UK is owned by the city council and is leased out to tenant farmers. They have continued to consolidate land into larger chunks, expanding arable farming and reducing access land through hunting/pheasant enclosures. But moves are afoot, pushed by citizen alliances in the city and beyond, to regulate land use differently, and allow smaller scale farm holdings to be allocated as tenancies, helping to transform the local food system and local livelihoods, widening access, as well as improving environmental care. If rethinking land and its use is possible in the UK, surely it must be possible elsewhere. The report could have been more ambitious in my view.

Rather surprisingly, Zimbabwe is not mentioned at all in the report. Still too much of a hot potato even for the ILC and Oxfam maybe? As the most significant land redistribution of the past several decades, it surely offers important lessons. A massively unequal land holding system was redistributed with mixed effects – many positive, some negative – as discussed on this blog multiple times. In many respects, especially through the transfer of land to smallholders, Zimbabwe implemented what the report is arguing for, offering a new trajectory for agrarian development.

In Zimbabwe, as has been seen again and again elsewhere, the failure to provide the needed supportive infrastructure of investment, regulation, taxation, land administration and so on may potentially undermine the gains of land reform, as this blog has long argued. And if the pressures of capital are the same as elsewhere, the process of land grabbing of extensive areas taken by smallholders will be an issue to look out for.

Zimbabwe is broke and claims it is ‘open for business’ and, with a deeply corrupt polity, the conditions are right for a dangerous reversal of land reform in the name of ‘investment’. Indeed, on the margins of the country this is already happening, whether in quasi-privatised national parks or in new investments in commercial agriculture.

The report concludes that “reversing land inequality to any significant extent will require a deep transformation in power relations. Solutions will require major changes in political, economic, and legal norms. They will require action that strikes at the root of what makes societies and economies unequal and unsustainable”. Absolutely. But, as the Zimbabwe experience has shown, this will require more than just ‘inclusive processes’ and ‘involving civil society’.

Challenging inequality is a struggle against powerful interests, and redistribution always affects the powerful – which is of course why it often doesn’t happen. Moving beyond the easy rhetoric about inequality being at the heart of the SDGs and central for tackling sustainability and development together, land must be at the centre of this inevitably political struggle.