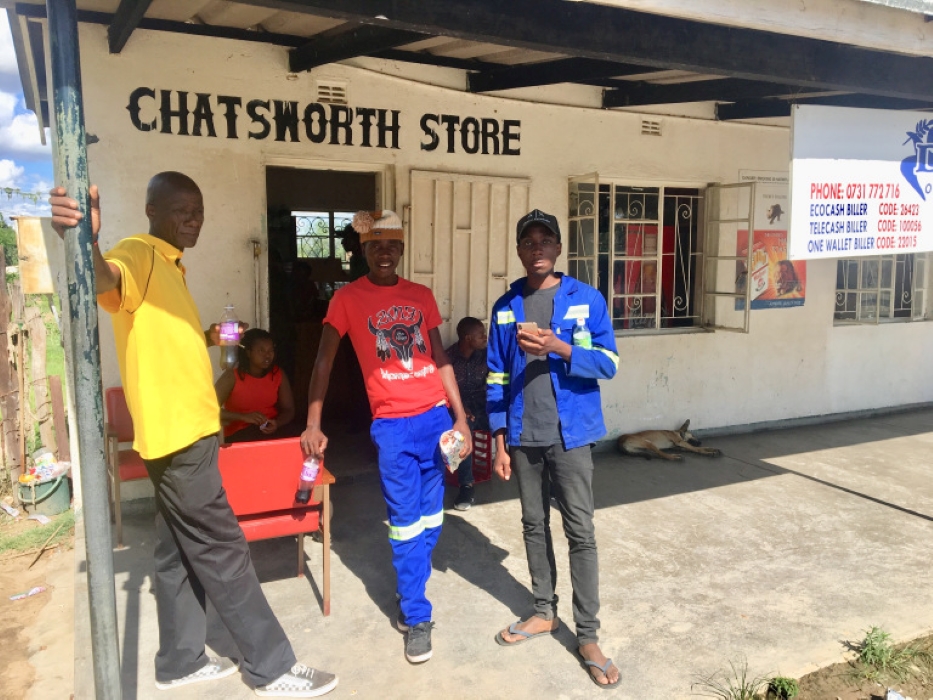 There has been a flurry of studies on young people and agriculture in recent years, including in Zimbabwe. The wider critical literature has challenged the standard narratives around youth specific policy measures – such as narratives that youth are innovative, entrepreneurial, tech-savvy and so the future of agriculture that we see in report after report. Instead, much of this work makes the case that broad, fairly standard development policies – improved infrastructure, better education, agricultural R and D, labour policies and so on – are what is needed to expand “landscapes of opportunity” for everyone, including younger people.

A recent comparative study using survey data from six African countries showed (rather obviously) that opportunities expanded when people were near markets (for off-farm work) and when agricultural potential was higher (for farming). More interestingly, the patterns were not much different between different age groups, although those in their 20s reported ‘no activity’ most frequently and those in their 30s were more likely to engage in off-farm work.

Large surveys such as this reveal very little however about the relational dynamics of generational change and the ways life courses are adapted. This is an important point made by a paper on youth and food systems, which eschews an age-based categorisation beloved of surveys and argues that youth is a “transitional phase within a life cycle”. It’s this transition (often including considerable periods of ‘waithood’) – of establishing a home, gaining access to land, investing in agriculture or starting up a business – that is crucial. Of course, as the paper argues, such processes of generational change intersect with gender, class, wealth, location and other dimensions.

In this sense, there are particular challenges faced by young people – across a variety of ages depending on their life course. This comes out in the more empirically-grounded, qualitative studies, which are increasingly coming out on this theme with work on Zimbabwe.

For example, a comparative assessment of young people’s experiences in commercial farming ‘hotspots’ in Ghana, Tanzania and Zimbabwe highlights the many challenges people face in first gaining access to land, capital and markets for agriculture as a young person. As the paper highlights, social relations – amongst family and beyond – are crucial, but overall it’s very hard work and challenging, according to the testimonies collected.

Successes can quickly be reversed, as ‘hazards’ strike – both misfortune and mistakes. The paper’s conclusions that it is not land or credit that is needed are slightly contradicted by the data, as it’s clear that in Ghana and Zimbabwe land constraints are very real, and access to finance is a challenge across sites for young people. The paper concludes that what young people need is an insurance or form of protection from sudden, unexpected shocks, adding to the array of policy measures on offer.

More in-depth studies are offered from different parts of Zimbabwe that reinforce some of these themes. For example, based on in-depth life histories from Matabelaland (Lupane and Umguza districts), Vusilizwe Thebe argues that challenges of young people are very contextual. In the A1 resettlement area many young people who occupied land or joined parents who did so are disconnected from the sort of deep networks that provide access to resources and help transitions in life courses as in nearby communal areas. Nevertheless, young, independent, single women have been able to make a go of agriculture in the resettlement areas, whereas patriarchal institutions would have constrained such opportunities elsewhere.

A study from Goromonzi in Mashonaland East by Clement Chipenda and Tom Tom focused on the challenges of social reproduction in the new resettlements, and pointed to the complaints of young people feeling left out of the land distribution. This has resulted in generational conflicts between young people and their parents, as those without land and employment have to resort to highly precarious work, such as gold panning or temporary hired labour. Young people in Henry Bernstein’s terms are a new fragmented class of labour. These class tensions and implications for social reproduction are important themes raised.

A similar sense of struggle was highlighted in our study of young people in land reform areas in Masvingo district and Mvurwi farming area (see also earlier blogs here, here, here and here). The ROAPE paper that summarises the findings shows how

“Opportunities for young people following land reform are severely constrained. The precariousness of work, the challenges schooling and getting qualifications, family disputes and illnesses, the lack of land, the poor productivity of dryland farming, and the difficulties of establishing businesses without capital, are all recurrent themes. While a few have found their way into reasonably remunerated jobs, the routes to accumulation, and getting established as independent adults, are limited for others, with very small-scale irrigated farming seemingly by the far the best option.”

The wider politics of young people and land reform is picked up by another recent paper by Fadzai Chipato and colleagues, which focuses on youth struggles. The paper documents the long association between youth, the liberation war and ruling party politics and the particular position of young people in the struggle over land. However, the paper highlights the real problems of the conflation of state and party politics and the use of land as patronage resource. This has resulted in an increasing disenfranchisement of young people, as they next generation does not feel it is being provided for, with land not available and the economy in ruins. However, the cross-generational struggles for livelihoods are being revived, often outside party control, as young people exert their agency and organise to take land through informal invasions as well as upsetting land use laws and claiming land and water for their farming.

‘The land is the economy, the economy is the land’ is a well-known ZANU-PF rallying cry. The centring of land in the politics of the country means that questions are always raised about who gets land and through what means? The land reform undoubtedly benefited a large number of people, many of whom are doing well, but this was a particular generation, and others who were children or even not born in 2000 are now seeking out livelihoods in rural areas. The generational dimensions of the agrarian challenge does not go away through a redistribution; in some ways the conflicts intensify, but between different people.