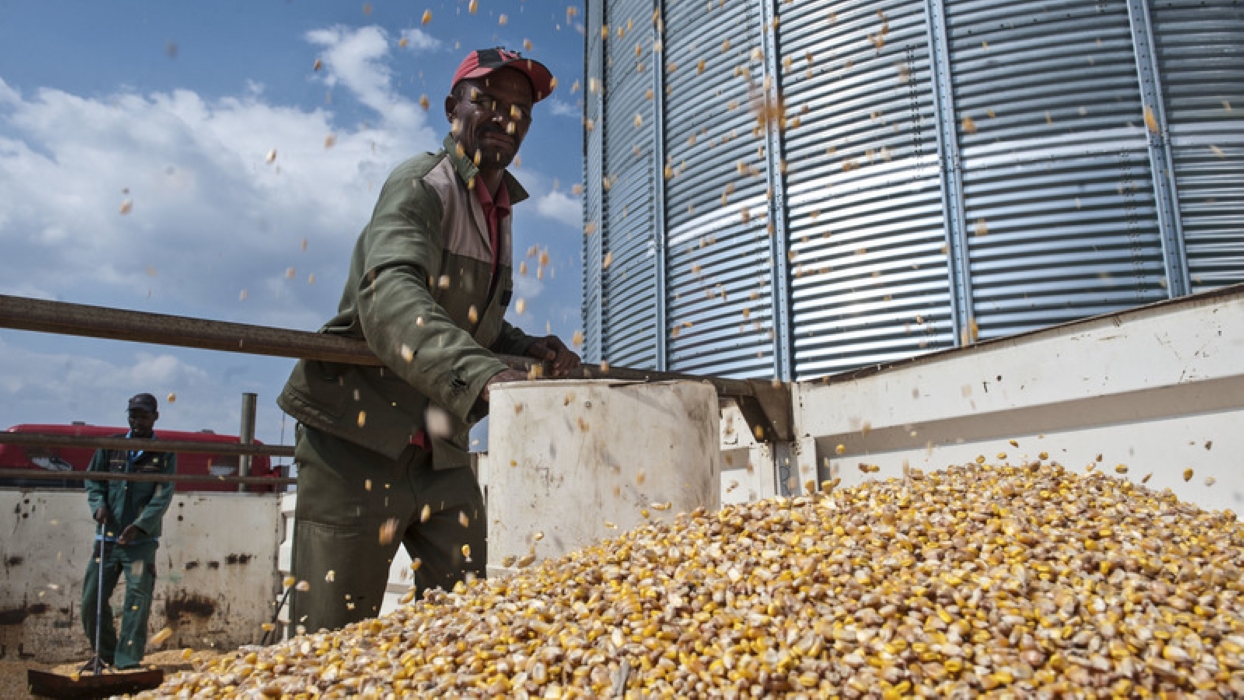 For information on the National Conference on the Future of Farm Workers, including live blog posts from the event, please see below this blog.

It is tragic and outrageous that the people who produce the food that we eat in South Africa are those most likely to go hungry. Some people think that this issue can only be resolved by redistributing land. Others think that wages must improve.

A 2014 Oxfam report found that one in four South Africans suffer from hunger, caused mainly by poverty and unemployment but also by high living costs, especially high food prices. Farm workers are one of the most vulnerable groups, despite being directly engaged in producing food. Ongoing casualisation in agriculture — which often involves the eviction of farm dwellers who lose their jobs and homes on farms — turns permanent workers into casual workers or adds them to the ranks of the unemployed. Seasonal farm workers are employed for only half the year, if they can find work at all. Job insecurity among farm workers, especially women, means they do not know if and when they will be employed, for how long, and how much they will be paid. This, in turn, generates food insecurity and anxiety about where the next meal is coming from.

A 2019 study by the Institute of Development Studies in the UK and the University of the Western Cape’s Institute for Social Development and the Centre for Excellence in Food Security found that more than 80% of farm workers in the Northern Cape face seasonal hunger during April to August. This is when there is no employment and often no source of income other than social grants. Hunger is also a severe problem in January, with Christmas bills and school fees to pay.

Food insecurity among farm workers in the Northern Cape

These statistics are shocking, but they should not be surprising. The decline in permanent agricultural employment has been ongoing for decades and is likely to continue with the introduction of fourth industrial revolution technologies such as sensors and drones. Crop yields and farmers’ profits will rise, but at the expense of farm worker employment.

Farm workers face a systematic backlash by farmers whenever progressive legislation is introduced to protect and advance workers’ rights. A Women on Farms Project survey of more than 300 women farm workers in the Western Cape and Northern Cape in 2017 found that almost half were paid less than the daily minimum wage, while more than two-thirds did not have access to toilets while working in the vineyards and were not provided with protective clothes despite being exposed to pesticides. Violations of labour rights are worse in the Northern Cape than the Western Cape, among seasonal rather than permanent workers and on farms producing for local markets rather than for export.

In 2018 a national minimum wage was introduced in South Africa: it is set at R20 an hour but is only R18 an hour for farm workers. This is less than a living wage and much lower than what is needed for a household to buy a basic basket of nutritious food. Nonetheless, farmers protected themselves against paying the national minimum wage by accelerating unfair dismissals, replacing permanent workers with seasonal workers and foreign migrants, reducing the days and hours of employment or increasing daily work targets, or simply refusing to comply, relying on low levels of unionisation and infrequent and inadequate inspections by the department of labour.

The ongoing parliamentary and public debates about land expropriation without compensation have also prompted many farmers to respond with pre-emptive evictions, to ensure that no farm dwellers with claims to land will remain on their farms when legislation is implemented. In Drakenstein municipality alone, 1 200 pending farm evictions involving about 20 000 people were on the court roll in 2018.

Other farmers simply ignore the protections given to farm workers by the Extension of Security of Tenure Act and illegally chase farm dwellers off their farms, much as they did under apartheid. One illegal tactic is “constructive eviction”: refusing to maintain farm workers’ housing or even disconnecting their electricity and water supplies until living conditions become so dire that farm dwellers have no option but to leave.

When farm dwellers are legally evicted, the state usually resettles them in informal settlements. In December 2015, more than 100 individuals from 23 households were evicted from Soetendal Farm in Wellington and relocated to New Rest, an already densely populated informal settlement. Far from their former work and life on various farms, the majority are now unemployed, have lower incomes, experience greater food insecurity and have been victims of crime such as burglary and assault. In June 2018, 16-year-old Deoline Demas, whose family was one of those evicted from Soetendal, was murdered in New Rest and her burned body was dumped near a rubbish dump. Her parents contend that Deoline would still be alive today if they had not been evicted from the farm.

What is the future?

With permanent employment on farms becoming increasingly scarce and precariousness, farm worker households often depend on social grants such as the child support grant and the older persons grant, especially during the winter months. These grants are often the only reliable source of income during the off season. However, grants intended to support children and older persons are not enough to feed entire families. Seasonal farm workers are often forced to borrow money to buy food and are increasingly trapped in cycles of indebtedness, with interest rates as high as 100%.

When we recognise that seasonal farm workers are also seasonally unemployed, it is clear that more effort is needed to extend coverage of the Unemployment Insurance Fund (UIF) to farm workers who are either not registered by the farmer or do not claim their benefits. Also, because UIF benefits are limited, innovative arrangements must be found to ensure that farm workers have income and food security throughout the year.

Land expropriation without compensation offers an opportunity that farm workers hope to benefit from. Women represent only 10% of land reform beneficiaries to date, so women farm workers and dwellers are insisting that they must be prioritised when expropriated land is redistributed.Women farm workers must be involved in meaningful ways in these decision-making processes. Women need land for tenure security and food security, as well as for the dignity that arises from independent access to productive land, water and other resources. Women who work on farms want land that they will be able to leave to their children.

From October 16 to 18 a national conference on the future of farm workers in South Africa will be held at the University of the Western Cape, co-hosted by the Centre of Excellence in Food Security and the Institute for Poverty, Land and Agrarian Studies. The conference brings together farm workers with academics, activists, farmers and policymakers, to discuss the challenges farm workers face and brainstorm positive ways forward. The voices of farm workers will be just as much attention as academic presentations: “Nothing about us without us!”

This blog was written by ​Stephen Devereux, Ruth Hall, and Colette Solomon. It first appeared in the Mail & Guardian on 8th October, 2019.

See below for live blogs by DST-NRF Centre of Excellence in Food Security that were posted during the conference. Click here for a program.