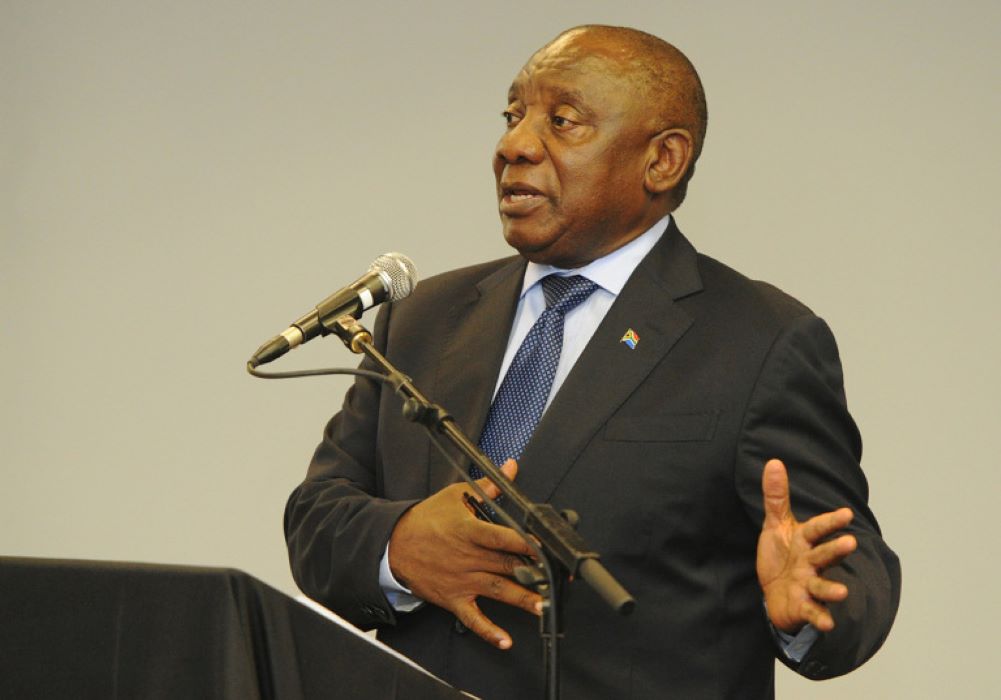 South Africa’s land panel finally produced its report at the end of July. At 144 pages it’s an impressive document, making all the right noises. South Africa, like Zimbabwe, left the land issue for too long. 25 years after freedom, at least now a serious move is being made in South Africa. But will it make a difference?

The report documents the sorry tale of land reform in South Africa since 1994. The misuse of funds, the corruption, the inappropriate technical designs, the focus on a misplaced ideal of ‘commercial’ farming, and the lack of focus on redistribution, with restitution taking up so much effort. The lack of a capacity of government, and the paltry funds allocated, as well as the reliance on often poorly equipped consultants, are also pointed to. The hopeless state of land administration systems outside freehold private property is also highlighted, as most South Africans still have no formal recognition of their rights. The report makes it very clear that action on land reform is long overdue, and that the failures to date lie substantially at the door of the state and the ANC as the ruling party over this period.

Much of the public and media debate has been about the mechanisms of expropriation, and in particular the recommendation that some redistribution should be without compensation. A couple of representatives of white commercial farming on the presidential panel did not sign up and issued an alternative report in protest. AgriSA and the usual suspects made a lot of fuss in the media on the report’s release. But, as many more level-headed commentators have noted, the debate about expropriation without compensation is a diversion. Expropriation was possible under existing rules; the issue was that the state had failed to act. The report recommends only ten circumstances where no compensation should be paid, including where land is not being used or being held for speculation. In other settings, compensation of different levels will be required. This makes complete sense.

Perhaps the most important element in the report in my view is the policy shift towards equity as a goal of land reform. Land reform is cast in its wider sense, as around justice as well as production, recognising the multiple social and economic roles of land in society. This is crucial. Leading from this is a recommendation for shifting the focus of land reform funding towards redistribution, and focusing on three groups: poor, smallholders, commercialising small-scale farmers and medium-scale commercial farmers. Only 10% of funds should be allocated to large-scale, black-owned commercial farming, the rest split between these three priority groups. This is a big, important shift, and could see meaningful land reform with a redistributive focus. Further, the report makes the case for substantial (at least half) allocations to women, and for a focus on urban/peri-urban land, a key issues for South Africa.

Adding to redistribution, restitution and land tenure reform, the report also recommends adding a fourth pillar to the land reform programme: land administration. Given the parlous state of land administration in South Africa, this is an important move, and will give rights to many marginalised people in ‘squatter’ settlements, as workers on farms, or farmers in the homelands. This will also provide an important route to assuring accountability, and insisting that the land reform programme is targeted properly. This will not be an easy undertaking, and must avoid a process of land privatisation, instead emphasising the allocation of rights, including communal rights to land.

There has been much bluster in the South African media and Twittersphere, since the report’s release, but for a good overview of the report’s findings, see this SABC interview from the brilliant Ruth Hall of PLAAS, one of the report authors, as well as some balanced commentaries in the South Africa press (for example here, here and here). International press coverage seems to have been muted, but, recalling its (mostly) appalling coverage of Zimbabwe, the BBC of course couldn’t resist the use of the words ‘land seizures’, even if qualified with ‘limited’!

What are lessons for and from Zimbabwe? Zimbabwe’s experience is not even mentioned in the report (even the bibliography, although it’s good that Mandi Rukuni is acknowledged as attending some meetings). This is rather surprising, given the lessons learned since 2000. Perhaps the fear of the Zimbabwe bogey-man being raised by opponents was the reason.

I think there are important lessons both ways, and regional neighbours really ought to collaborate on important issues like land. The equity focus has certainly been a central tenet of Zimbabwe’s land reform since 1980, but how to balance different interests, with different political clout remains a challenge. The importance of A1 resettlement in Zimbabwe is clear (encompassing the first two groups in the South African priorities) and the real potentials for providing food, employment and income, alongside welfare and support, are evident across the country. South Africans could learn a lot from the Zimbabwe experience for any new programme south of the Limpopo.

A lesson from Zimbabwe is that moving from land reform to wider agrarian reform is crucial – and this means changing the agrarian structure and with this the agrarian economy. This must be the ambition in South Africa, but through a more deliberate, slower process with less disruption. Redistributing land is only step, as the report recognises. However, Zimbabwe has so far failed to provide the post-settlement support that is required. This will be a big issue in South Africa, as, like Zimbabwe, technical capacities are not geared up to supporting this sort of farming.

The importance of medium-scale farms as a complement to the smallholder sector is also recognised in Zimbabwe, but again the tension between A1 and A2 farming has been an issue, and the failure to capitalise on the potential synergies between small and medium-scale farming as part of territorial development remains an issue. Redistribution of land in an area, seeking linkages and complementarities with on and off-farm based activity is vital, and remains a big unmet challenge for Zimbabwe, as I have long argued. Hopefully South Africa will think more strategically and invest for local economic development with land reform at the centre. These sort of practical, wider development questions are largely absent in the report, focused as it is on land, and in particular the legal ramifications of reform.

The highlighting of land administration is however a vitally important move in the South African report. Similar issues arise in Zimbabwe, as I have pointed out before. The dangers of aiming for comprehensive registration rather than a more flexible rights allocation is present too, and Zimbabwe and South Africa share the dilemmas, and long-inherited biases of the freehold tenure model.

So, yes, there are many important lessons for and from Zimbabwe. I hope the biases – even among progressives who should know more – about Zimbabwe that are deeply held in South Africa can be shed, and the region as a whole (including Namibia) can learn together about how to deal with the appalling inheritance of settler colonialism at last.

Beyond policy-speak to political action

What next? How to move beyond a well-argued report to action on the ground at scale? The report is full of legalistic proclamations and policy-speak in true South Africa style. Zimbabwe of course had many of these before 2000: well argued, costed, policy plans for reform. The faith in state action apparently remains in South Africa – perhaps surprising given the track-record. The report assumes implementation will follow forthcoming policy approval.

The report’s authors are not naïve, however. Many have struggled for action on land reform over decades. Everyone knows that political action – from diverse sources within and outside parliament – must follow. The big question will be: will the South African state, with pressure from big capital, international investment, influential ‘tribal’ leaders and political parties not committed to land reform, actually – at last – commits to land reform on the scale and with the support that is needed?

We will have to watch carefully as funds are allocated, and capacity built. It seems President Ramaphosa is committed, but he has also got other problems on his plate. There are plenty of routes to blocking progressive action, and civil society will have to be ready to put pressure to realise the vision of the report.

Photo credit: The Presidency of the Republic of South Africa flickr library: https://www.flickr.com/photos/presidencyza/47841232031/