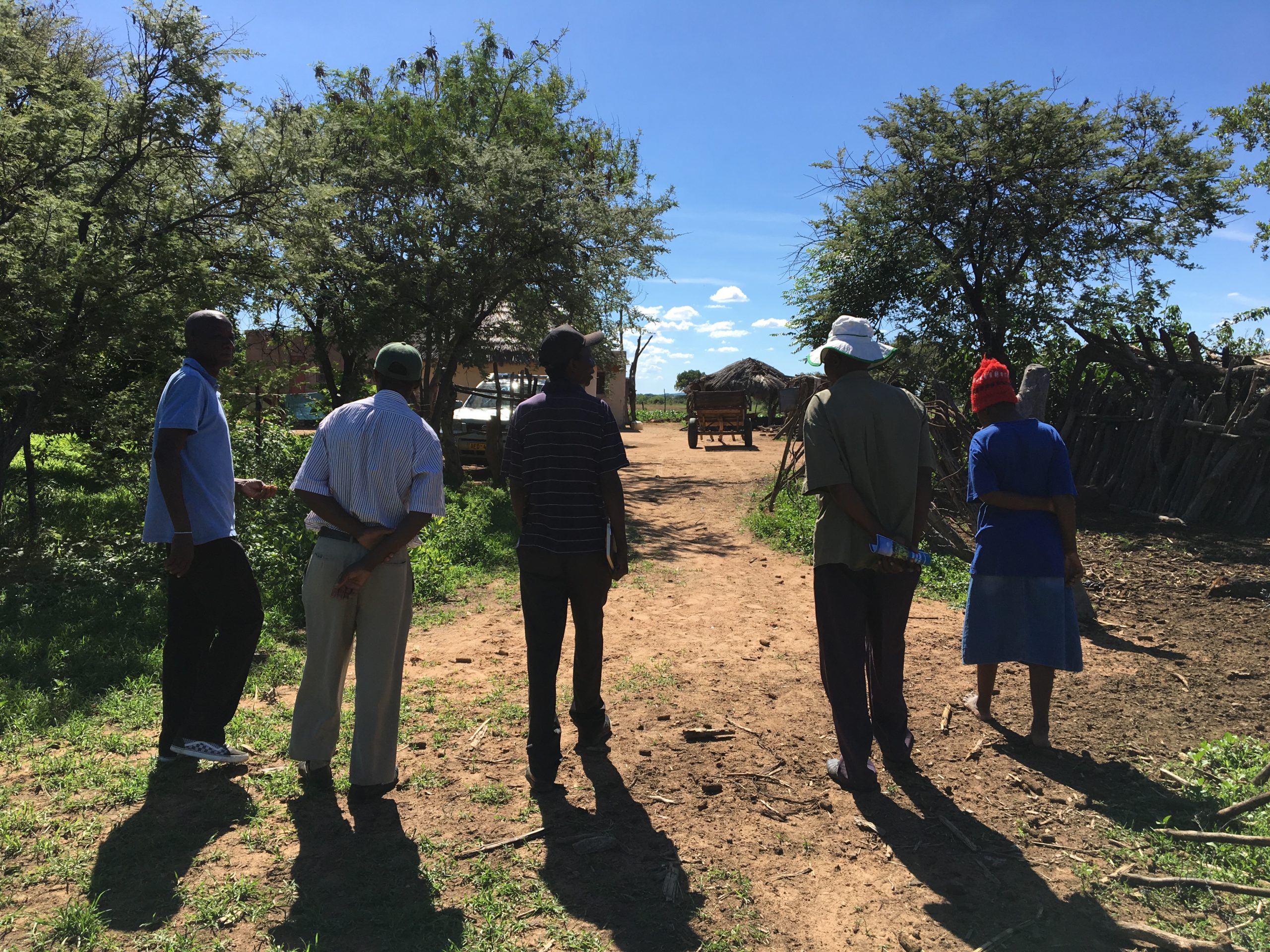 Over a couple of weeks in December, I visited our long-term field sites in A1 resettlement sites in Masvingo province in Zimbabwe. It is now nearly 20 years since land reform and the beginning of our research engagement across these sites, and it was fascinating to hear about the changes that have been unfolding (more on this later in the year), but it was also interesting to learn how our research is being used on the ground.

At the heart of our work has been the on-going monitoring of what has happened to people’s livelihoods over time. This has involved a number of surveys, approximately each 5 years, but, in addition, we have been undertaking thematic studies on topics that have arisen as a result of conversations in the field. Many of these have been reported on this blog. They have included investigations exploring how young people have responded to land reform; the role of small towns in local economic development; explorations of land tenure and local authority, and much, much more.

One such theme that emerged a few years back was farmer-led, small-scale, informal irrigation. This was clearly becoming more and more important and we started a focused study under the auspices of the APRA programme, supported by DFID. One output of this was an open access paper in Water Alternatives. I hadn’t realised it until this most recent field visit that this had really struck a chord amongst the farmers we had been working with. As one commented, “it’s the talk of the area”. Copies of the paper had been distributed to those involved in the research when it came out, and one of the leads of an irrigation group on one of the resettlement farms had recently used it at a national field day held in one of our sites in Masvingo district.

Mr Mumero’s speech made the case, as we do in the paper, that irrigation policy was missing the mark, and that small-scale irrigation by farmers was transforming agriculture, and the potentials for productive farming. The assembled dignitaries – including the director at the Ministry of Provincial Affairs, the provincial and district heads of Agritex (ag extension) and MD and Chief Agronomist of Charter Seeds – were impressed. Hopefully the argument will catch on with those who make policy and fund programmes, with a diversion of effort towards what works, not wasting effort and funds on what has failed for years.

In another field site, we learned that our small booklets on local economic development had also been used for lobbying for change, particularly around supporting local business linkages with farming. Together with a series of videos, the booklets document the work of the DFID-funded SMEAD project (Space, Markets, Employment and Agricultural Development), making the case for supporting farm/off-off farm linkages along value chains. We had just reprinted a pile of the booklets (both in English and Shona) and farmers were delighted to take them to continue their lobbying work with government officials.

This blog is widely read, but not necessarily in our field sites as Internet coverage is not universal and bundles are pricey, and what’s more electricity supplies are today very intermittent. So over the years, we have produced two low cost book compilations of blogs, organised by themes – Debating Zimbabwe’s Land Reform and Land Reform in Zimbabwe: Challenges for Policy – which can be read in hard copy. These have been widely distributed in the field sites (as well as government offices and elsewhere), and it was great to learn that in several sites, they have been read as part of ‘reading circles’ in the villages, as our original 2010 book, Zimbabwe’s Land Reform: Myths and Realities, had been.

Zimbabwe’s land reform farmers are by-and-large an educated and articulate bunch, and are fascinated by the results of our research, and especially so when it’s focused on their concerns. They have always been the most exacting peer reviewers of our research. So, it was good to learn that the blog has emerged as part of a process of community self-education in the places we continue to work.

And it’s not only in the field sites where the research has been the inspiration for other activities. A few months ago, I heard from a blog reader that she had used a few of the blogs as the basis for a fictional exploration of the themes in a collection of short stories. A couple were subsequently developed as a play, and the result – Prisca’s Story – was performed at the Mitambo International Theatre Festival in Harare in October last year, which sadly I missed.

Research funders are obsessed by demonstrating ‘impact’, but very often impact only emerges slowly and through long processes of engagement and not through the choreographed approaches that are often proposed (or required). I had no idea much of this was happening, but it’s always good to know that research has diverse uses and can be repurposed and shared with different audiences. Hopefully, the blog in 2020 can help with this mission.