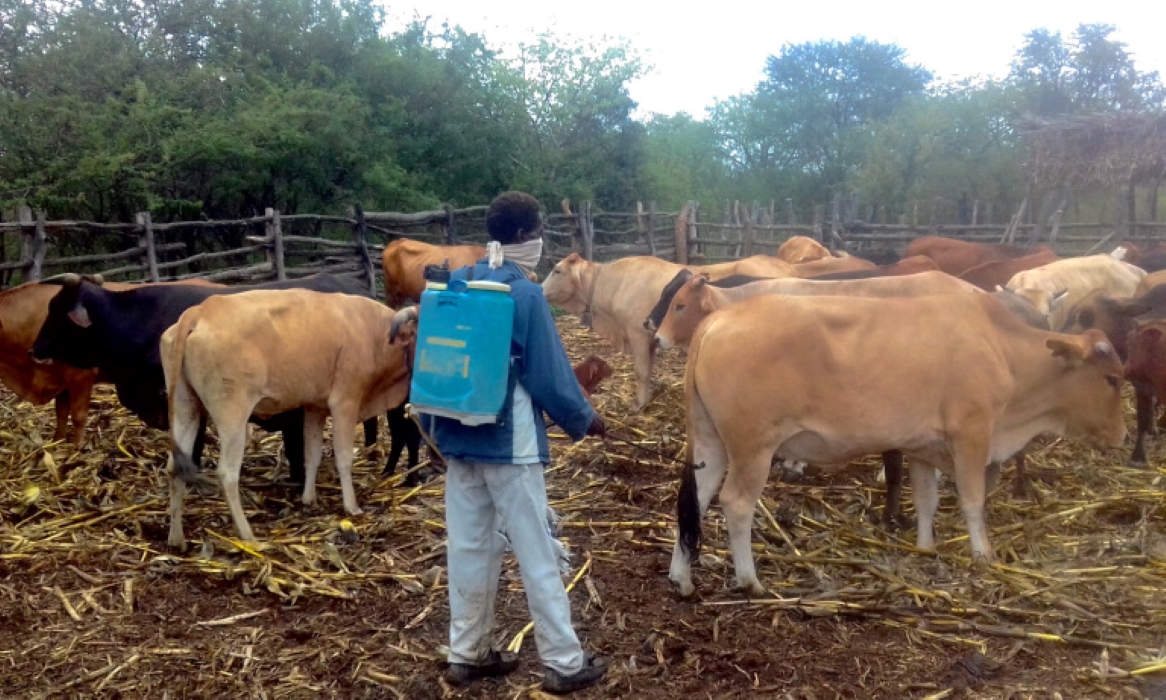 As the previous blog described, the communal area sites we have been studying in Masvingo rarely produced sufficient crops to cover even subsistence needs, and then if so only very occasionally, as with the Mwenezi experience in 2016-17. So what about livestock production?

Given its drought-prone nature, Masvingo province is known as cattle-keeping country. Many of the former white-owned farms were large ranches, often covering vast areas with very few stock. Communal area people were able to make use of this to poach graze and supplement the limited grazing in their own areas. Now with resettlement farms surrounding them, communal areas are more hemmed in. Although in the early 2000s there was surplus grazing in the new resettlements as people settled and carved out fields, this is much less the case now. Indeed, in responses to questions about interactions with nearby resettlement areas, conflicts over grazing (and also thatch grass and fuelwood) came top in the ranking by our communal area respondents.

This means that extensive livestock production is constrained in communal areas, perhaps even more so than in the past. Before the 2000 land reform sometimes negotiations were made with nearby (white) farmers, especially during drought, for access to grazing, but more often herders risked poach grazing, and occasionally suffered the consequences of the confiscation of herds and arrests. However, given the scarcity of grazing in the communal areas, it was worth it.

What happens now? Of course poach grazing persists, hence the recording of frequent conflicts, but also there are quite a few loan arrangements that facilitate access to grazing as animals are loaned to relatives or friends in the resettlements. They then have the benefit of the draft power, manure and milk, and (sometimes) the occasional offspring in exchange, while the owner keeps the animals alive and breeding. This was a very common pattern in the first decade of resettlement after 2000; however as settlers have built up their own herds, and the connections to their ‘home’ areas have faded, they are increasingly reluctant to take on communal area livestock. From our sample, loaning out was absent in the two Gutu sites, but still persisting in Mwenezi.

As the table below shows, with the exception of Mwenezi, our communal area sites could not be described as major livestock production areas. Indeed, over a third of households hold no cattle at all, and are reliant on sharing of others’ for draft power (see previous blog). Outside Mwenezi, smallstock holdings are small, and donkeys, pigs and broilers are rare.an purchase regularly. This was only 6-9% of households in the sites outside Mwenezi, where 23% had purchased cattle in the previous five years.

Perhaps only Mwenezi could be described as a livestock system based on production, with a relatively large average cattle (7.6, ranging from zero up to 105) and goat (7.9, ranging from 0 to 60) holdings, and regular sales and purchases. Although more than the other sites, there is still very limited labour hired explicitly for herding (only 7% of households). Cattle milk sales are also recorded here from those with larger breeding herds. This is not surprising given the dry conditions of the area, and the extensive, relatively high quality sweet grazing available. While the bumper sorghum harvest in the years of our study was unusual, livestock production can provide a regular income.

This contrasts with all the other sites where average cattle holdings averaged 3-4; just about enough to maintain a draft span, and provide some transport, manure and milk, but sales and purchase are comparatively much lower. When sales occur, these are usually emergency sales for school fees, medical expenses or a funeral. Replacements are by-and-large through births within the herd, and these are infrequent because of the small herd size and the age/sex composition, which is geared towards older oxen for draft rather than a breeding herd.

You might expect, with constrained grazing, there would be a shift to more intensified production – for example stall feeding with purchased feed. There is some evidence this is happening to a small extent in Gutu North, where 19% are purchasing feed, but most of this is at a very small level, and largely supplements. In other areas, this is not a phenomenon except for a few who will buy in to support calves or pregnant cows. Contract arrangements for livestock production have not taken off in these areas, which would be another way of financing feed and other inputs for a more intensified alternative. Only a few in Mwenezi are linked to a contract broiler arrangement with a local farm.

With the collapse of state veterinary services in recent years, and the poor quality of dipping chemicals, there has been a rise in tick diseases across the country. This has meant that those with resources purchase spray dip chemicals for private spraying. Some also recorded buying veterinary medicines for sick animals. A quarter to a third of households – those with larger, more valuable herds and flocks – invest in this way, and have learned to cope without state services. The rest remain vulnerable and deaths from a variety of tick-borne diseases are regularly recorded, especially in wetter years.

In sum, outside Mwenezi, despite Masvingo’s former reputation, these are largely not livestock production areas today. Cattle are kept for multiple uses, notably as inputs to agriculture which, despite poor results, is still seen as the core activity. Land areas are constrained in the communal areas with notional grazing areas often occupied by settlements and farms, or very heavily used and so degraded. This is very different to the situation in the past, and in other parts of the country further west in Matabeleland and southern Midlands, where a more livestock-based economy exists, more akin to that found in Mwenezi and the Lowveld areas.

Contrasts with the resettlement areas?

The A1 resettlement areas nearby are not that different. Here cattle are kept primarily as an input to agriculture, for draft power and manure, with milk, meat and live sales being bonuses, and sales key for emergencies. The herd is seen a stable savings account, which, given the volatility of the economy, makes much sense. Yet the herd size is mostly too small to allow for the possibility of making a regular living. In the A1 resettlement areas too, pressure on land is increasing. In 2000, there was plenty of spare grazing, but now more people have arrived, lands have been subdivided and grazing areas are being encroached. With more fields and settlement, the need to for herding labour during the cropping season increases, but labour is scarce and expensive, and relatively few invest in dedicated herding labour, as with the communal area sites. In other words, unlike for crop agriculture, livestock production in the resettlement and communal areas is more similar.

The big exception is broiler production, which, as a project for younger family members and women, has taken off across the new resettlements. Sometimes this is supported by contracting arrangements, but usually it is independent, financed by surplus income from agriculture and off-farm sources. The difference here is the availability of cash for investment. In the communal areas this is rare, and many are living hand to mouth. Occasionally an aid project will come along, but these are sporadic and often last just a few years. For most communal area households usually there’s not enough surplus to do much more than keep going. This is different in a significant proportion (not all by any means – see other blogs) of resettlement households, where accumulation from agriculture can be invested elsewhere and investment drives further investment in process of stepping out (diversifying) and up (accumulating) of livelihoods.

Once again, land redistribution and the opportunities for accumulation that this offers provides the basis for enhanced livelihoods. But this is constrained for land extensive production activities such as with livestock. Former white farmers had hundreds if not thousands of hectares and managed to make a reasonable (but not always very good) living from livestock ranching. With a more equitable distribution of land this is no longer an option, and more intensive approaches to production – broilers, piggeries, stall-feeding and so on – become the priorities outside the areas like Mwenezi with good grazing and land surplus. Such investments, though, need cash, and this is in very short supply, with limited other options in the communal areas as the next blog will discuss.

This post is the fifth in a series of nine and was written by Ian Scoones and first appeared on Zimbabweland.

‘Donkey to the slaughter’: a classic case of short sighted economic planning

The challenge of getting to Lukilikila village

Climate change and the future of cocoa in southwest Nigeria

Shaking off decades of stagnation in the Nigeria cocoa sector