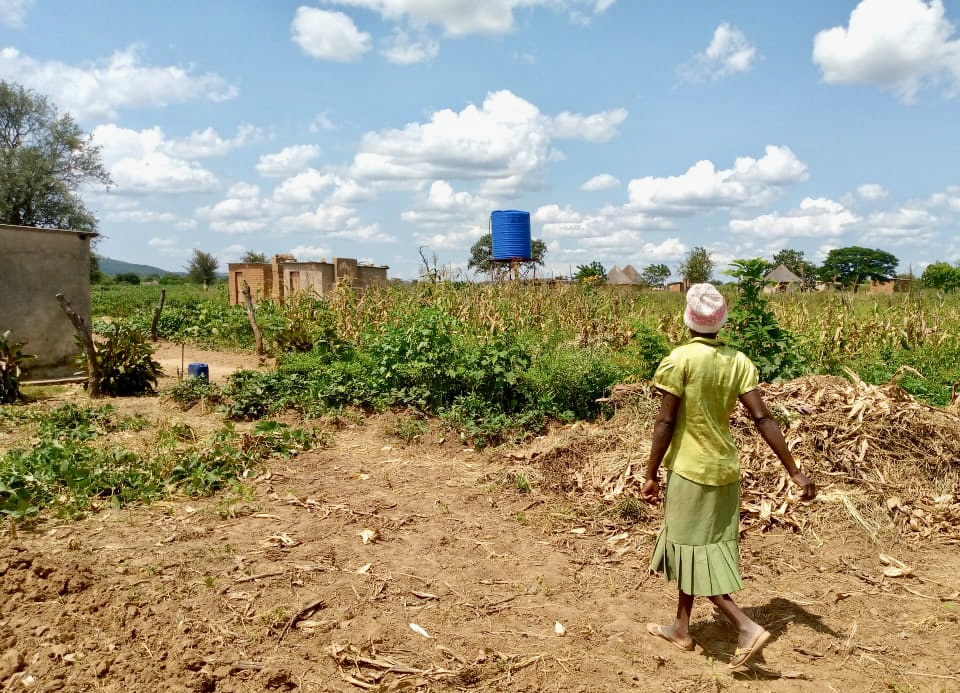 Climate change is generating greater variability within and across seasons. This is requiring new responses among farmers in Masvingo province in Zimbabwe. Today, farmers must adapt, be flexible and agile and respond to uncertain seasons as they unfold. This requires new skills and approaches; not just from farmers, but also from development agencies who are hoping to assist rural people cope with drought.

There are strong memories of drought (or rather ‘nzara’, see previous blog) among farmers in Masvingo. During our visits earlier in the year many recalled past events. The 1991-92 drought was firmly etched on their memories, while older people recalled the droughts of 1982-84. These days the memories of 1947 (associated with the distribution of ‘Kenya’ yellow maize) are disappearing, but drought is a recurrent phenomenon central to how histories are recalled in rural areas, as we explored in our book Hazards and Opportunities over 25 years ago.

But how people have responded over time and how different ‘droughts’ have been experienced is highly contrasting. Some droughts are recalled as ones affecting cattle, but not people; others are the opposite. Some affected everyone all over the area, meaning real shortages of food and dependence on hand-outs, while others were quite localised and food could be purchased in nearby districts. As discussed in last week’s blog, drought is not a singular phenomenon.

One thing people mentioned again and again was that droughts today are so varied. It is not just a simple failure of ‘the rains’, but the problem of increasing variability. Sometimes there’s very heavy rain, then nothing for weeks. In the ‘old days’ rain – if it came – would be steady and continuous, soaking the land, they say. This is much more effective for crops than the rains today, when heavy rains can destroy crops through waterlogging and wind and rain damage.

As many climatologists have argued, it is not the absolute amount of rain that is changing with climate change, but its variability. This is certainly the experience in our Masvingo study areas.

We were discussing with farmers in our A1 resettlement area study sites across Masvingo province, from the very dry south to the relatively wetter northern parts of the area. One of the common narratives that we heard was that today we don’t suffer from drought as much as we did before. This seemed to run counter to the arguments about climate change and the frequency of events that were recalled. Why was this?

The answer of course was that land reform has created a buffer against the effects of drought by providing more land with better soils and the ability to accumulate assets that can be used to improve agriculture and weather a lean period. Land reform was thus an impressive boost to resilience, although of course not usually discussed in those terms. This applies to nearly everyone as even those who have not managed to accumulate from agriculture significantly are able to gain farm employment from others.

However, even with larger areas of land and accumulated farm assets, smallholder farmers in the land reform areas must still learn to cope with the high levels of rainfall variability in order to avoid ‘nzara’. This requires skill and aptitude and some well-honed practices.

From prediction to performance

In the past, rainfall patterns were more predictable, forecasts for the season were sometimes reasonably good. There was a standard movement of the ‘inter-tropical convergence zone’ southwards and the nightly bulletins on TV would document its position. More broadly, historical analysis of climate records show a cyclical pattern of wetter and drier periods over around seven years over many decades that seem to suggest some type of pattern. This is no longer the case.

In our discussions, farmers pointed to their own forms of prediction that had been used in the past: certain types of bird being present, with certain calls; the flowering of particular trees; the formations of certain clouds; or the strength and direction of wind. These would provide short-term predictions of what might happen in the next days, but even these local prediction mechanisms frequently seem to fail these days.

As we sat in one farmer’s compound, the rain was pouring down only a kilometre away, but right there it was completely dry. This variability means a different response. Farmers were unanimous in their rejection of formal predictions, as being useless today – whether from the met department or from prophets or priests. “This is ‘fake news”, someone proclaimed, continuing, “if you follow it, you can make a serious error.”

What’s the alternative to following predictions? The answer nearly everyone gave was ‘planning’, being ready for any contingency. Having your seeds and fertiliser available, making sure you have a fit span of animals for ploughing, working out how you can divert if the rains failed – say from investing lots of effort in the ‘outfield’ to more focused, intensive gardening, where you can manage the soil, irrigate and so on.

During our discussions, lots of examples were given of how, during a highly variable season like the one being experienced, different strategies were pursued. This required flexibility, and of course resources (labour, inputs and so on) to be able to switch between options. This is the farming ‘performance’ that everyone must follow, where there are diverse scripts and different players.

This is very different to the standard packages or the technocratic solutions of ‘climate-smart’ agriculture. Even when these are useful, they must be adapted. The fertiliser recommendations from the extension workers must be changed to fit the season, even the micro-plot. As discussed in a recent blog, the no-till practice Pfumvudza must equally be changed, bigger or smaller pits, more or less mulch, extra ridges to divert water if there’s too much.

In the uncertain world of today, no one size fits all. Coping with drought and avoiding hunger requires much skill, and careful contingency planning.

As farmers have had to over the last decades in Masvingo, a shift in support more attuned to uncertainty rather than predictive risk will require new ways of doing things, as we highlight in a paper on rethinking humanitarian and social assistance in ‘crisis’ situations. Unfortunately, as discussed in the next blog, this is not yet happening.

As I discussed in a recent book chapter, perhaps these practices – centred on embracing uncertainty, living with and from variability – are the future, not the frequently rigid and standardised forms of humanitarian and social protection responses we see offered by the state or aid agencies. development agencies.

This is the second blog in a short series on ‘drought’. See the first blog here.