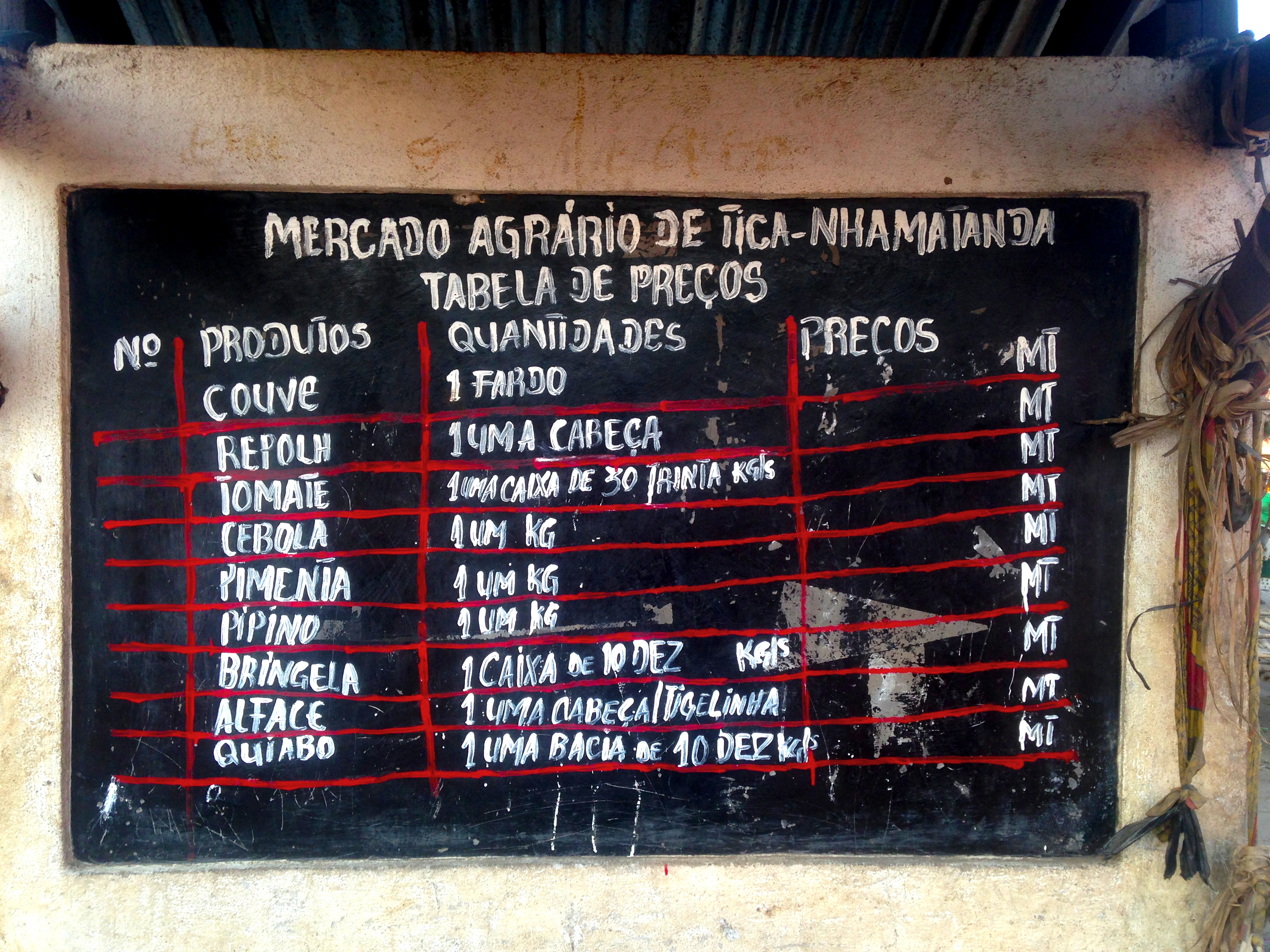 Since he took office in 2015, president Filipe Nyusi has sought to redirect the attention of Mozambicans, from the prospect of wealth associated with the exploration of natural resources, to increasing agricultural production and productivity. In his words: “the people do not eat gas, oil or eat coal.”

Along the Beira and Nacala corridors, in addition to the renovation of the main roads and railways connecting the ports to the hinterland, agricultural commercialisation infrastructure projects have been undertaken. Through a number of different arrangements – such as catalytic funds, international private investments or NGO-funded agribusiness projects – new agribusinesses have taken off and traditional cash crops such as cashew nuts, tobacco and sugar are being revitalised.

President Nyusi’s view – shared with the planners at the Ministries of Agriculture and Food Security and the Ministry of Land, Environment and Rural Development – is that, with the commitment of international capital, Mozambican investors and smallholders, this infrastructure will help to unlock the agricultural potential of districts along the corridors and contribute towards the goal of ending hunger by 2030. Official statistics already show a continuous growth in agricultural production over the past three agricultural campaigns. This seems to indicate that Mozambicans are responding to calls to increase production and productivity.

In August 2018, president Nyusi visited Chiúta district in Tete province, where he was informed by the audience of the districts’ problems with widespread hunger – in contradiction to information about the district that he had heard at a recent agricultural fair. The president then assigned the deputy minister of agriculture to visit various neighbourhoods in Chiúta district, to uncover the reality of the situation.

While agricultural fairs are a common practice in the work of extension officers and agricultural development projects, fairs organised for high-profile visitors, such as government ministers, often bend the truth of their success in achieving agricultural development. Anxious local government officials, eager to show that there are making progress towards central government’s goals, often resort to ‘borrowing’ successful crops or farming fields. Just like president Nyusi’s visit, former governor of Sofala province, Helena Taípo, abruptly interrupted a visit to an agricultural fair in Nhamatanda district, where she found that products being exhibited had been brought in from the neighbouring province of Manica.

In July 2018, I attended an agribusiness fair in Ribáuè district along the Nacala corridor, and no such questions were posed. The fair was the first in a series of five to be organised in northern Mozambique, by a private company with support from the provincial and district governments, the multinational Export Marketing Group (ETG) and Innovation for Agribusiness (InovAgro) – a Swiss Agency for Development and Cooperation funded project.

In his speech after visiting the fair, the Nampula’s provincial governor Victor Borges, was happy to have seen “production, processing, links to the market and those who supply inputs and finance the production [process]…” and was pleased that the fair was showing “what we do, the path we want to take in the fight for food and nutrition security, and the wellbeing of all of us.” Agricultural fairs not only provide an opportunity for networking and the exchange of knowledge, but they are also opportunities to display the agricultural potential of the respective district or province and visiting dignitaries are less inclined to question the origin of the produce exhibited.

By projecting an image of successful agricultural production, local government officials present evidence which can be used to continue to attract national and international capital. In the meantime, smallholders engage with diverse agricultural initiatives that help them further diversify their income generation options.

We want the market

Over the past 3 years, Nhamatanda district along the Beira corridor has witnessed the construction of important commercialisation infrastructure. A processing plant in Tica – composed of three 1000 t silos, two 300 t transitory silos and two store houses – was built and unveiled by president Nyusi in 2015. And in September 2018, president Nyusi laid the first stone for the paving of the Tica–Búzi– Nova Sofala road, stretching 134 km and connecting central and northern Mozambique – a route that is often impassable during the raining season.

However, the grain silos are prohibitively expensive for smallholders, who are often unable to meet the minimum requirement of 5 t of produce to have access to the silos. The storehouses also follow storage procedures, including fumigation, which may mean that stored produce may not be readily available in case of need.

In Ribáuè district, no recent commercialisation infrastructure has been built, but the upcoming conclusion of the rehabilitation of the Nampula-Cuamba road that links the provinces of Nampula and Niassa will help reduce the cost of transport and cut the time for travel between Cuamba, Nampula and the port of Nacala. Smallholders continued demands for ‘the market’ suggest that recently built agricultural infrastructure is still to produce significant effects in the livelihoods of smallholders.

When discussing ‘the market’, smallholders are making reference to the rehabilitation of feeder roads that allow easier access to their fields, as well as the desire for an efficient agricultural market information system that would enable better planning according to price and demand. In the meantime, old networks of warehouses built with local material and a limited number of smaller conventional store houses – built with support of donor-funded projects – are being used.

Smallholders and retailers interviewed along the corridor share the view that the rehabilitation of the main rail and road lines has brought more NGO projects to the district and with them more extension workers and suppliers of inputs. It has also made traditional commercialisation routes that link them to key markets in the respective provincial capital cities, such as Maquinino market in Beira city and Aresta and CFM in Nampula city, more accessible.

So far, the impacts of corridors are mixed on the ground. Mozambican smallholders in Nacala and Beira corridor areas are not even close to feeling the positive effects. Access to new infrastructure for agricultural commercialisation is selective. With large companies and investors primarily benefiting, the possibilities for Mozambique to unlock its agricultural potential along the so-called agricultural corridors remains limited. Smallholders therefore continue to wait for ‘the market’ in the form of reliable market information, appropriate warehouses and storage infrastructure and, most importantly, feeder roads that can connect areas of high agricultural potential to the main corridor roads and railway lines.