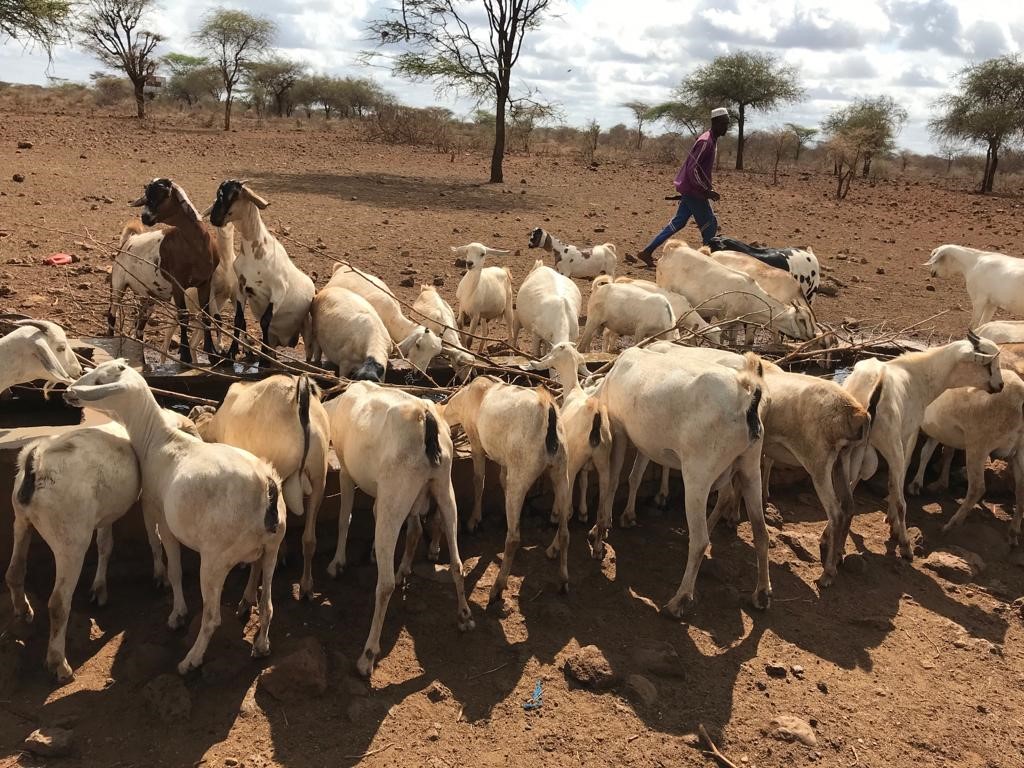 With growing economic, environmental, and conservation pressures, it is imperative that the question of community land ownership in the pastoral areas of northern Kenya be addressed; otherwise, chaos and conflict will likely ensue.  Land ownership is a core concern of politics in Kenya, and conservation organisations are soliciting political favours to propagate their conceptualisation of conservancies within pastoral lands.

Kenya’s Community Land Act, written to protect community lands, was passed in 2016, and the regulations brought into effect in 2018.  According to the Act, community land in pastoral territories shall be available for use by members of the community for the grazing of their livestock.  Furthermore, a registered community may reserve special purpose areas, including farming areas, settlement areas, community conservation areas, access and rights of way, cultural and religious sites, urban development, or any other purpose as may be determined by the community.  Unfortunately, Kenya’s Ministry of Lands has yet to enact a national public awareness campaign to sensitise communities to understand the process of registering their land.  Furthermore, the ministry has not deployed the necessary infrastructure (i.e., registrars, equipment and offices, etc.) to kick-start the registration process.  In the meantime, community land continues to be expropriated by both public institutions and private individuals without due process and/or consultation with local communities.  This leaves an opening for conservancies to influence the apportionment of community lands for conservation purposes.

A dominant, popular narrative points to herders as the main source of environmental degradation and wildlife depletion.  Yet, rarely do these explanations link such problems to the way many of these conservation institutions and land conservancies were established, squeezing pastoral lands and forcing changes in land-use and management.  A political ecology analysis is needed to re-focus attention on how conservation narratives advanced by the state and other powerful actors have historically influenced the establishment of conservation in core pastoral grazing zones.

Some argue that, in order to maintain control and stewardship of conservation/ranch lands, conservancy actors should engage local pastoral communities in order to form “community conservancies.”  These supposedly demonstrate that the land belongs to the community and benefits of conservation practices and money raised through conservation tourism would return to the community.  However, in practice, this is not the case. In truth, the community is not privy to the top-down decisions that the conservancy is undertaking. This therefore leads to feelings of exclusion and is unproductive for community engagement.

An elder from the Borana community whom I interviewed recently explained that pastoralists move strategically aiming not to disrupt wildlife corridors.  In case they overlap with wildlife, they change their migration routes to avoid conflict.  They have their own grazing plans passed down from their forefathers that stressed the importance of coexisting with wildlife. They leave time, particularly at night, for wildlife to drink in pastoral wells and graze on livestock lands unencumbered.  They show great respect and deference to local wildlife by naming their children and towns after the wild animals and tree species that are found there.

Among the Borana pastoralists of Isiolo, the “dedha” is a customary institution that manages common pool resources and ensures sustainable community use of rangelands.  The dedha system provides directives on where to graze during wet season, mid-season, and dry season in order to avoid pressure on the rangelands.  Reciprocal resource agreements are also a common feature in pastoralist customary traditions. These govern the use of shared resources, making one community’s resources available to a neighbouring community, particularly during times of drought or hardship.

Pastoral leaders have released a public statement asking the government for support in addressing problems they have identified when managing their lands. They are especially keen to achieve legal recognition of their local institutions and community laws in relation to biodiversity conservation.

The growing disjuncture between conservation organisation goals and the disenfranchisement of local people from their lands has led to certain pastoral communities taking action.  On 2nd May 2019, Isiolo residents led protests requesting that all current and future conservation activities by the Northern Rangelands Trust (NRT) taking place within Isiolo County be banned by the county assembly and governor’s office and any existing land deals between the county council and NRT be dissolved.  Pastoral communities are also requesting that laws governing private wildlife conservation be enacted to protect community lands throughout the county.

The main impetus behind these requests are that existing deals side-line traditional resource governance structures that were in place well before conservancies were formed. They also asked the government to address alleged extrajudicial killings of community members at the hands of NRT in the name of conservation, and NRT’s emphasis on livestock destocking as a strategy to reduce land pressures.  NRT has responded to these and other criticisms (see articles 1 and 2 for NRT response); however, community groups remain unsatisfied and are requesting legal intervention and land protections to be put in place.

Conservation in modern Africa is founded on a neocolonial premise, one centred on conquest and land acquisition for elites.  This is promoted by high-value, market-based conservation and often supported by ‘aid’ programmes. Conservation in northern Kenya is not just about wildlife and its protection; it is part of a much larger political drama.  Appointments to the boards of organisations like the Kenya Wildlife Service and the NRT can be highly political, and conservation organisation leaders sit on various influential global boards, where power can extend well beyond the borders of a single conservancy, influencing development policy agendas and aid and charity funding.

To address some of these concerns, more attention must be paid to participatory, action-research exercises that evaluate customary as well as state-led environmental governance.  The objective here would be to strengthen the capacity of pastoralists to conserve their landscape and broaden the scope of the involvement of culturally recognised customary leadership in sustainable landscapes and common pool resource management.

It is becoming increasingly difficult for pastoral communities to cope with new challenges, such as mass internal/transboundary migration, political marginalization, mega project development (e.g., LAPSSET), and de facto land privatisation.  Compounding these issues are the general inefficiencies of the government in implementing existing policies and the persisting practice of imposing development with insufficient prior consultation with local communities and leadership structures.

Moving forward, a new conservation model must successfully incorporate traditional indigenous land governance strategies and bring into full effect the legal protections that pastoralists have in determining and benefiting from use of their community lands.  This, however, necessitates a collaborative approach between INGOs, conservancy organisations, national governments, county governments, and local engagement.  Community-based organisations, advocacy groups, elders, women, and particularly, youth groups must be central.

It is my experience working in the field with pastoralists that concerns over land governance are greatest among young people as our research shows that they feel a direct threat to their current and future livelihoods where older generations may not be present to witness a possible extinction to pastoralism due to land grabs, increased government pressure to settle mobile populations, and global environmental change.

Given recent protests in Isiolo and violent conflicts over land rights on Kenya’s wildlife conservancies in Laikipia County in 2016–2017, pastoralists are asking to have a seat at the table and to be heard. Pastoralists are demanding that the government enforce their rights and legitimise community claims to land.  So far, the government has not taken the necessary actions to inform local populations of their rights and to make good on the promises that were set forth within the Community Land Act.

The question is therefore left – if not the government, then who will effectively address the issue of community land protections in the pastoral margins?