Assessing the impacts of COVID-19 on food systems and livelihoods in Mngeta division, Tanzania 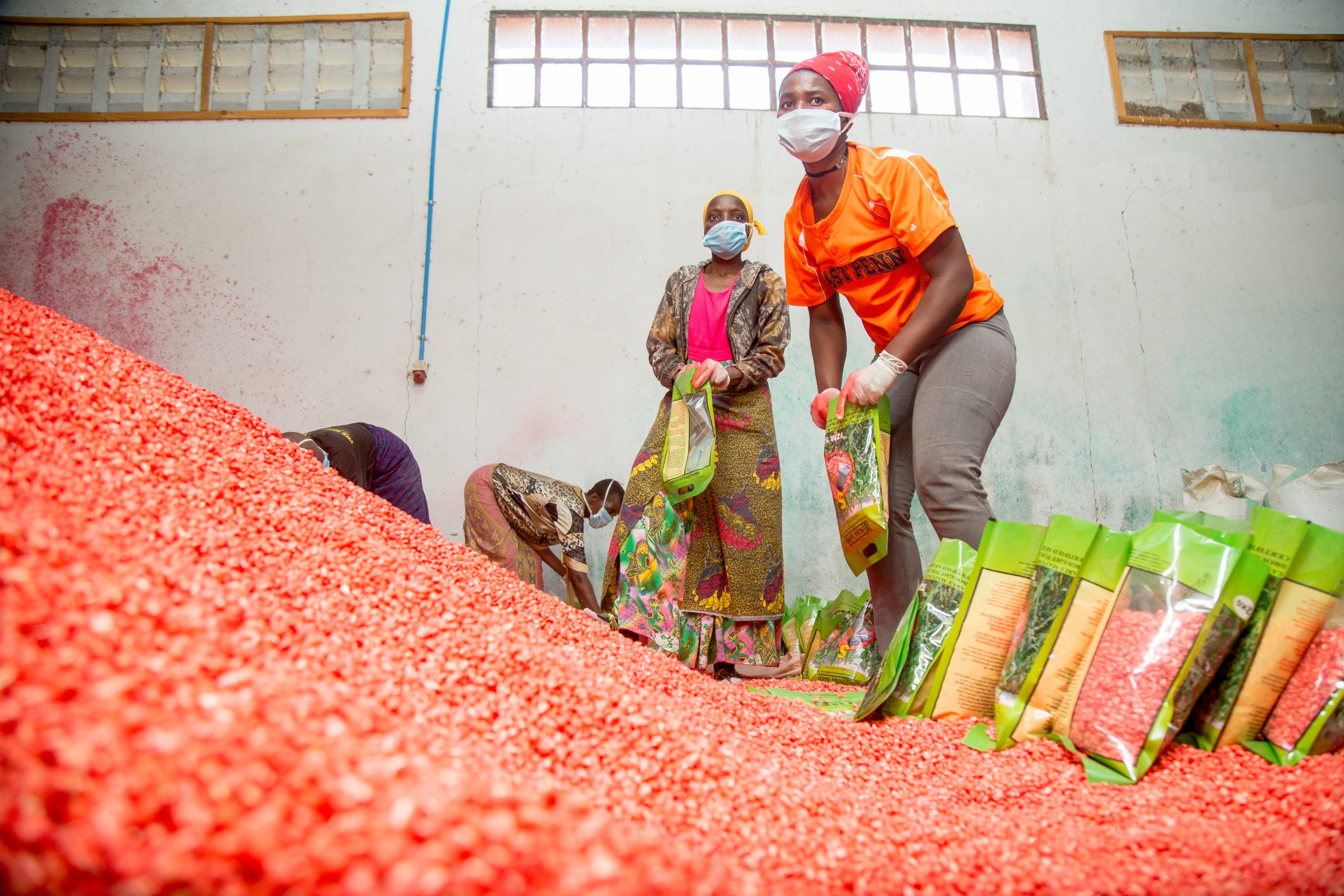 Since the onset of COVID-19, which was first announce in Tanzania early in March 2020, consecutive waves of the pandemic have resulted in a series of health, social and economic impacts. This was revealed in A Multi-Phase Assessment of The Effects of COVID-19 on Food Systems and Rural Livelihoods in Tanzania, which was based on data collected from farmers in Mngeta division in Kilombero District to gain knowledge on the real time impact of the pandemic on that rural community. The data were collected from 100 farmers at three intervals; July 2020, October 2020 and February 2021. Key informants including rice processors, village executive officer, traders and extension officers were also interviewed.

Unlike many other countries, Tanzania did not impose a lockdown in order to contain the spread of the virus. Nonetheless, movement and gatherings were restricted; not only due to government guidelines, but also due to fear among traders about travelling to rural markets to buy rice, and fear from rural residents about receiving strangers from urban areas. These changes had a direct, and negative, impact on rice trade, which is the major cash crop in the study area, accounting for more than 90% percent of farm income. The flow of local traders visiting Mngeta Division was reduced to a trickle, while foreign buyers from neighbouring countries stopped visiting completely. This in turn caused a backlog of rice/paddy supply stored at mills and at home because the domestic market could not absorb the entire stock of paddy carried over from 2019/20 plus the new harvest from 2020/21. Consequently, the price of rice/paddy significantly declined. More than two thirds of farmers reported that they did not sell their paddy/rice during the whole survey period. A few farmers were, however, forced to sell at the prevailing low prices due to pressing family needs.

The impact of COVID-19 was also not limited to the producers. Other actors and service providers up and down the value chain, including processors and transporters, were also affected. Rice processors reported operating at only 30% of their installed capacity. This led to jobs losses for many people, youth and women in particular, who used to provide various services along the value chain as casual labourers, transporters, food vendors, input suppliers, and hospitality services.

Following the decline in farmers’ purchasing power, resulting from their inability to sell rice/paddy and other farm produce, their farming activities were affected. Most farmers could not afford inputs, including fertilisers, agrochemicals and tillage services, even though prices were reported to have remained unchanged. Many farmers (20-37%) could also not afford to hire labour, and relied exclusively on family labour instead. Due to restrictions on gatherings, farmers could not access advisory services for hands on instruction. They also missed opportunities to share knowledge with others at farmer field schools.

Threats to food security and the cost of living

The significant decline in farmers’ purchasing power also impacted their food security, since they could not afford to buy as much food from the market. This was confirmed by most (51-76%) respondents who stated that they were not able to eat a variety of foods for a balanced diet. Others reported they were unable to eat as much healthy and nutritious foods as they had before the start of the pandemic. The findings also revealed an increase in the number of households experiencing severe food insecurity compared to pre-COVID-19 times, even though the prices of most food groups remained constant. The most severe impacts on food insecurity were also found to be highly gendered, with female- and youth-headed households being most affected because they already faced lower access to resource and less power in decision-making.

High levels of households (more than 40%) also reported experiencing a rise in the cost of living, with many also stating that they felt less in control of their lives.

The government’s restriction on gatherings and discouragement of ‘unnecessary’ movement, limited the people’s participation in various important events such as religious gatherings, village development meeting, sports and games, weddings and funerals, and other ceremonies. Since such occasions used to bring unity within communities, the restrictions left people feeling isolated and being more wary of strangers due to fear about contracting the virus.

Due to the impacts of the COVID-19 pandemic, most respondents felt less confident about the future; their ability to participate in agricultural commercialisation in future, has been undermined. The government and other development stakeholders therefore need to address the challenges which emerged during the pandemic. Support including social protection for the most affected, or subsidies and grant schemes for inputs to farmers, for example, would ensure that agricultural value chains remain active for the benefit of both upward and downward stream actors and service providers. It is also essential to continue tracking the impacts of COVID-19. Developing strategies for better preparedness at difference levels – including national and local government, businesses as well as rural communities – would raise the resilience of everyone in Tanzania to face future pandemics and crises.

To hear more about APRA’s research findings on COVID-19, join the e-Dialogue on February 9th, 2022. Learn more and register, here.

Read about previous research on COVID-19 in Tanzania in the following blogs: