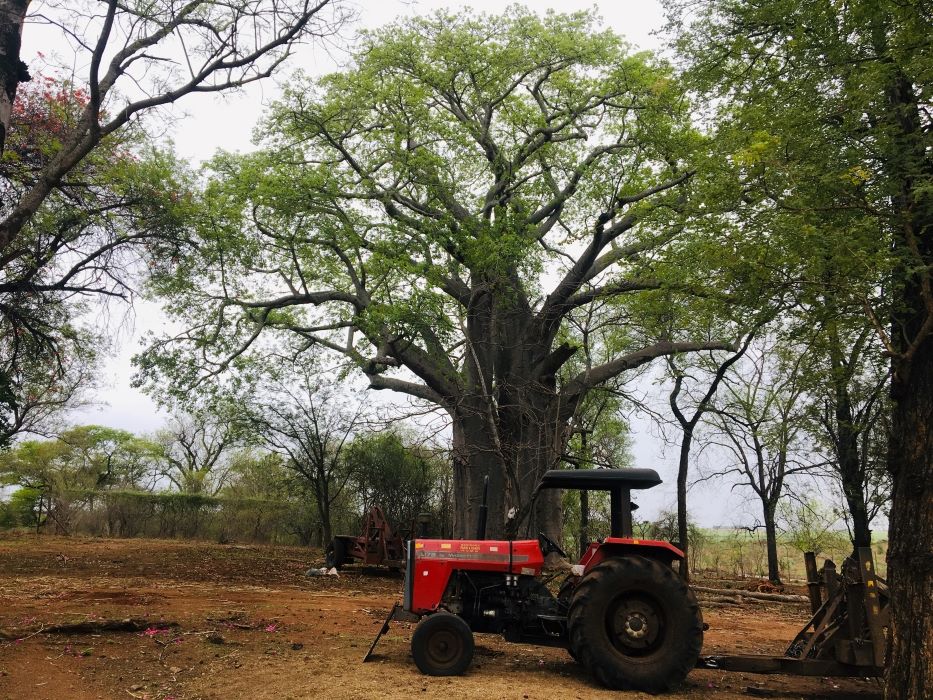 It has been 20 years since land reform and the issue of compensation for those who lost land has rumbled on. The government has always said it was committed to compensation of improvements (and not the land) and this was confirmed in the 2013 Constitution, which was supported by all parties and a public referendum.

The signing of the Global Compensation Deed Agreement by President Mnangagwa and Andrew Pascoe, head of the Commercial Farmers Union on July 29 was therefore an important moment. As I have argued many times on this blog (see here, here, here and here), this was a crucial step in creating some sort of closure to the land reform episode, and getting on with supporting agriculture and boosting the economy.

In fact the Zimbabwean government has already paid around 500 claims, with some quite large individual settlements and has regularly budgeted for compensation, but the amounts were small compared to the overall claims of 4,500 odd farmers. The state, the Commercial Farmers Union and various private parties, notably Valcon representing white farmers who lost their land, have attempted valuations over the years.

But the science of asset valuation – some of which have disappeared and all have deteriorated after 20 years – is far from exact. Indeed with currency variations, hyperinflation and general economic chaos intervening, precise valuation is nigh on impossible. As a consequence, until now the overall deal remained incomplete with much wrangling over the numbers.

The commercial farmers put up an estimate of US$5.4 billion (down from some earlier outrageously massive figures), while the government estimated US$1.2 billion was due. Others were still holding out for compensation of the land value too, and suggesting the total cost should be upwards of US$20 billion. All claimed to be following the FAO’s compensation guidelines, so in the end the compromise had to be a political one, assisted by the thorough work of all those involved.

This was achieved in part because everyone needed a deal to be reached. The government was desperate to get international recognition, and the lack of compensation had been a long-running hurdle in discussions with Western nations and institutions. Meanwhile, commercial farmers who lost land were not getting any younger, and some pay-out as a pension payment and final closure was desired. In the end, the compromise over valuation spreadsheets was reached through diligent work and trust being built across all parties.

Once the valuation assumptions and calculations were shared the discrepancies could be evaluated. Apparently the valuation of ‘biological’ assets (things like plantations) was a sticking point, and a difficult one to put a number to. The same applied to land clearance – when was this done, and by whom and what did it cost? And what assets should be included as improvements – how many swimming pools, dog kennels and tennis courts were really improvements to the value of the farm property? And then there were the basic choices of depreciation rates, which inevitably had a big impact on the totals.

Credit to the teams of government officials, Valcon staff, independent assessors and consultants that a global figure was brokered. It can’t have been easy!

The detractors and sceptics

There are a number of detractors of course. There are those who believe that this was selling out and that full compensation for land was needed, despite the Constitutional settlement. This group is a small (but vocal) minority, and 95% of those who voted on it among the CFU membership agreed to accept the deal. The conditions were clear – this was improvements only and paid in US dollars, and BIPPA properties (those under Bilateral Investment Treaties) could still pursue compensation for the land in the courts.

There are others who think this is a betrayal of the revolutionary ideals of land reform and that no compensation at all should have been paid. This seems to include Julius Malema of the EFF in South Africa who has been firing off tweets in defence of Zimbabwean lives and against the government for betraying the people on the land issue. As the G40 in exile’s unofficial spokesperson, the political dimensions of ex-ZANU-PF factionalism comes starkly into play. Any win for the Mnangagwa group is seen as damaging to their interests.

There are some who dismissed the signing event as a publicity ploy, aimed at covering up the news of the expected July 31 protests, and even as a diversion from what some have claimed was a ‘suspicious’ death of the Minister of Agriculture, Perrence Shiri from COVID-19 (yet more faction fighting implied). This again seems to be missing the point, indulging in conspiracy theories.

And there are those who argue that taking on a debt of US$3.5 billion on top of the already massive debt burden is a step too far. Those who got the land – especially those A2 farmers who got the land through political patronage connections – should pay up, it’s argued. Just as they should for the huge Reserve Bank of Zimbabwe mechanisation schemes of the mid-2000s that have recently been highlighted in various exposes.

The timing may well have been carefully chosen, but to dismiss the significance of gaining a deal on compensation after so long is inappropriate in my view, whatever you think of the current ZANU-PF government. A lot of people, inside and outside government, have struggled for years for this. Given the political and economic chaos that is Zimbabwe, whether this signals that the country is truly ‘open for business’ is of course another matter.

The big stumbling block will be the payment of such a huge sum in the dire economic circumstances that Zimbabwe faces, exacerbated massively by COVID-19. The official line is that half the sum will be raised as a sovereign bond with payments over 30 years, and the remaining half will be raised through ‘development partners’, with the government and the commercial farming union applying together.

The formula is not dissimilar to that proposed many times before (see an earlier blog here), with some effectively being rolled over into a form of government debt that gets paid off slowly including through the taxation of A2 medium-scale farms (perhaps involving a reformed land tax arrangement). Another portion of the sum can then be seen as part of development efforts, especially in paying for the investments with development potential in the small-scale farming A1 areas, such as what are now schools, clinics, small dams and irrigation schemes.

But can the full sum will be realised? In the past, the release of funds for compensation from the regular budget have been small from all Finance Ministers over the past 20 years. Clearly a more elaborate solution was required, but questions have been raised about the value of a sovereign bond linked to Zimbabwe’s economy and current government, and the pay-back time involved.

A 30-year timeline will mean that debt payment will only be concluded 50 years after land reform, with future generations paying off white farmers and supporting those who gained from the land reform. Yet without the compensation being resolved, Western donors (and so international finance and business) have repeatedly said they will not invest; and until they do the economy cannot regain stability and the compensation be paid. It’s a difficult chicken-and-egg situation.

And what about the donors? Will they pay up large sums for (mostly) privileged dispossessed white farmers? Will the agreement of a compensation deal, so long argued for, be the moment that ‘sanctions’ (or restrictive measures) on so-called ‘contested areas’ (around 10 million hectares of agricultural land) be released, with much-needed development funds flowing?

There has been much strong rhetoric about the rights of commercial farmers over many years, linked to outrage about the land reform’s upsetting of supposedly sacrosanct ‘property rights’ – the centre-piece of development’s expected neoliberal order. But with the Zimbabwean state acceding, will the international community now pay up? And will this all fit the bill for donors as a payment to reduce poverty and meet the Sustainable Development Goals?

Maybe the British will come to the table, given the long history in the country and the deep desire to move on. With the merger of the aid department, DFID, with the Foreign Office into the new FCDO (Foreign, Commonwealth and Development Office) next month, priorities will change; although the shrinking pot of aid money is still meant to be focused on poverty reduction as required by an Act of Parliament.

Britain certainly needs a stable southern Africa to trade with post the double-whammy disasters of Brexit and COVID-19, but with continued violations of human rights, and now with high-profile political prisoners locked up in a high-security prison, the chances of a dialogue with the Mnangagwa regime still look remote.

In my view, though, this is an immensely important step in a long-running and frustrating saga on compensation. Those who have persisted deserve much credit. Let’s just hope it does work out in some form, and Zimbabwe’s agricultural sector can move towards a new phase of investment and growth, which has been so delayed, but is so necessary.

Abdel Ismail: Is small-scale farming changing for the better?

Martin Muchero’s perspective: small-scale farming, its challenges and how to address them

What is the future for rice as a strategic crop in Ethiopia?

Do those not enrolled in Fairtrade arrangements in Malawi still benefit?

Land reform in Matabeleland: the challenges of living in a harsh, variable environment