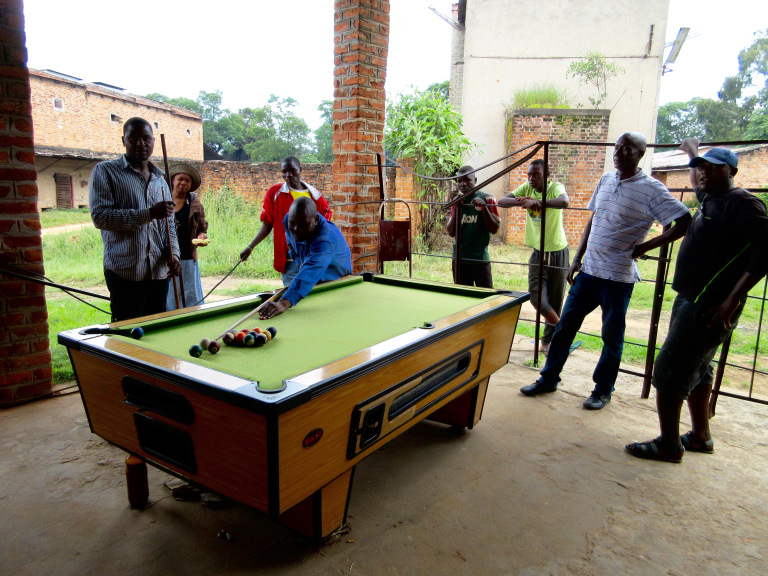 A new paper based on our work with young people in post-land land reform resettlement areas is out in the journal, Review of African Political Economy. You can read it in full here. It’s part of a great special issue on Zimbabwe edited by Grasian Mkodzongi and Peter Lawrence, which is well worth looking at.

While there has been an explosion of interest in the role of young people in rural development, most recently through a much-publicised (and mostly rather good) IFAD report, policy recommendations tend to focus on the economic opportunity questions, not the complex, practical, lived, emotional realities of young people in challenging environments. Our paper attempted to open these up, especially through learning from young people’s own testimonies.

The paper is based on research carried out in Mvurwi area in Mazowe district, north of Harare and Masvingo district in the southeast of the country. The data are based on a cohort study of 183 young people aged between 20 and 31 in 2016, and so aged between four and 15 at land reform. The study is based on a survey of all indivduals, plus 31 randomly-selected in-depth biographical interviews. These are all children of the settlers whose fortunes we have been following over many years now, as part of our long-term tracking studies on livelihoods after land reform. This allows the study of young people to be set in context, both of land reform challenges and wider generational shifts.

These are two very different areas in terms of livelihood opportunities, but there were similar findings reflecting the challenges of generational transfer in resettlement areas. Many young people were in a period of ‘waithood’ – neither dependent children or independent adults. Precarious, stressful lives were evident among many, and income-earning opportunities were temporary and fragile. Many saw small-scale, intensive irrigated agriculture as the best option, and some were able to address the major challenges of social reproduction, and begin a path of accumulation. This however was dependent on access to land, and some resources to get started.

The findings challenge some of the assumptions presented in standard narratives about young people and agriculture. Those in our sample were not the lazy, indolent, unemployed youth of some characterisations uninterested in the toil of agriculture, nor were they necessarily the entrepreneurial whizz-kids of a new tech-savvy generation who were going to change everything. Instead they were young people struggling, waiting and living emotionally-stressful, tough lives, but trying their best – through education to get more stable jobs outside the area or investing in production at home, often in alliance with their parents, who were able to provide small parcels of land or a leg-up with a new venture.

The context in Zimbabwe is of course peculiar with the sustained collapse of the wider economy, combined with opportunities for land-based income earning provided by the land reform. This means that irrigated agriculture above all other options provides the best option, for both men and women in both the wetter and more dryland sites. This is certainly practising a different type of agriculture to their parents’, and it often involves more use of technologies and entrepreneurial networks, as pumps and pipes are bought and markets for vegetables grown are found, but it allows for young people to commit to rural life and production in ways not seen in other countries, as this case shows:

‘Having realized the disaster ahead in my life [working in South Africa], I decided to go back home to do farming. In 2010 I got married and am now blessed with two children. I am now a full-time farmer doing market gardening alongside my father. I started with 0.1 ha, given by a relative, and I worked together with my father, in 2015 one ha was allocated by the village head, and I have a 5.5 HP pump, and can work independently. I grow cabbages, tomatoes and green mealies all year round and sell in Masvingo. I hire a motor car from one of the local farmers. I also have one hectare dryland plot, given by my father in 2011. I saw the possibilities of farming in South Africa [when employed as a farmworker]. There’s plenty of land, good soils and water here, but when you don’t irrigate, the crops get burned and fail.’

This does not mean that all is rosy. Far from it. Striking in the interviews we undertook across the sites, was the sense of boredom, despair and depression. This is combined with a tangible frustration – personal and political – with the current situation, and the failure of the state (and so the ruling party) to provide for the next generation. The real difficulties and dangers of precarious work – in for example illegal mines or moving across borders as illegal migrants – were evident too. And this took its toll, not only in criminalising young people desperate to make an income, but as several admitted, this also led to drug and alcohol abuse, often in ways that shocked them personally, as the following testimony shows:

‘I was born at Mushagashe in 1989, and did primary school here. In 2004, I slipped out of the country to South Africa as an illegal immigrant. I had no documents. I evaded the police and border control as I went through the notorious Limpopo river. We were five, and fortunately we all survived the jaws of the crocodiles in the river. I stayed in South Africa for six months, and did piece work on the farms. Hunger was a menace as I survived on handouts from fellow Zimbabweans who were employed. I then decided to go back to Zimbabwe and I helped my parents for two years doing all the farming activities. Thereafter I again tried my luck to find a job. I went to Chiadzwa diamond mine in Manicaland and later Shurugwi to do gold panning. I also worked in Nema mine near Bulawayo. This involved processing mine dumps, but there were disputes and the place was closed down. In many ways, life was rosy as I could manage to buy what I wanted. However, I encountered a lot of fighting with fellow gold panners. The police troubled us, always locking us up. I was later engaged in some vices that were against my religion like beer drinking’.

Gender differences in young people’s experiences are striking too. Women may seek to marry earlier, in the hope of gaining opportunities beyond the family of birth, although with access to land in the resettlements there is a rising pattern of men moving to the wife’s home if land is available. Alternatively, if parents have the funds, continuing in education as part of a seemingly endless cycle of exam retakes is common for young women, combined with support for domestic and farming work at home. The hope is for sufficient qualifications even for the most menial of jobs, even though so few are available. Today in the informal economy, labour for both women and men is about work not employment, getting enough through a variety of activities, rather than ever having a stable job.

Part of the frustrating period of ‘waithood’ for men is waiting to establish a home and family. Delays in marriage for men are common, with children being born later. This has an impact on men’s conceptions of masculinity, as several informants relayed in different ways. This shift in the demographic cycle is in part because of the precarity of informal work available off-farm. As the case above shows, this is not a life where bringing up a family is feasible. This is why many men reflected that coming ‘home’ to farm, or develop ‘projects’, was the best option, as the first case showed.

While the land reform has provided opportunities for a generation that got the land, the next generation is struggling. Small opportunities exist, and sub-division of original allocations is ongoing. But the inter-generational challenge of land reform has not been addressed. As argued on this blog many times, redistribution of land is just one step, but in Zimbabwe there has been an abject failure to formulate a wider strategy for agrarian reform that includes support for the longer-term, and for the next generation.

Our research has exposed this challenge, but also pointed to some ways forward rooted in the lived realities of young people. As the paper argues, a focus on young people, land and agriculture is a vital area for policy and development for the future.