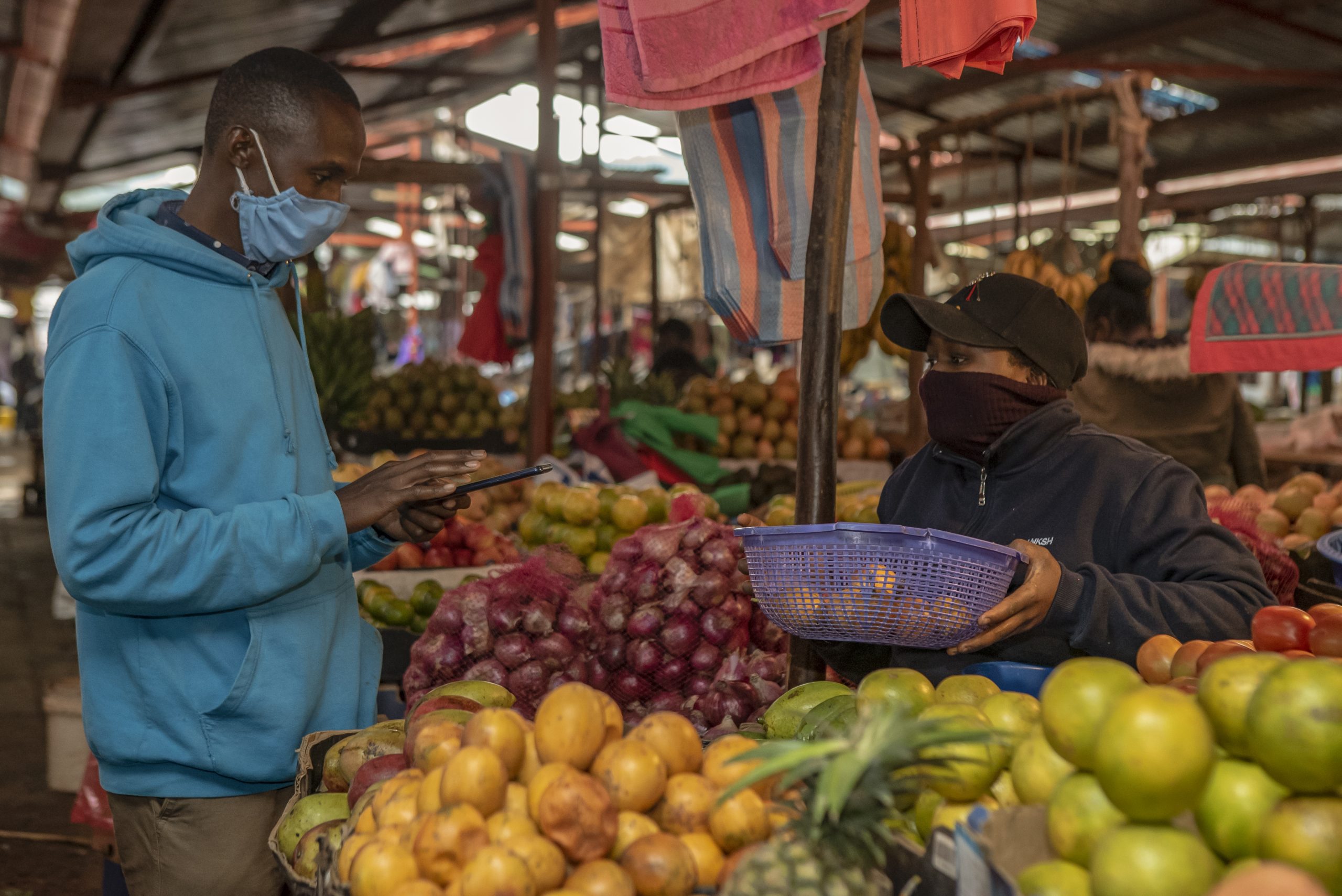 After Kenya confirmed its first case of COVID-19 on March 12, 2020, the country underwent a series of movement restrictions and closures to stymie the spread of COVID-19 infections. The containment measures helped to slow the local spread of coronavirus, but with negative consequences for the country’s food system and livelihoods. Thus, we would expect improvements in people’s food security and overall livelihoods after relaxation of the containment measures, which began gradually in July 2020. The APRA Kenya research team conducted three rounds of mixed-method, comparative assessments to investigate the impact of COVID-19 and associated containment measures on the food system and the sub-set of the country’s population that is largely dependent on agriculture. The results of the three survey rounds are presented in A Multi-Phase Assessment of the Effects of COVID-19 on Food Systems and Rural Livelihoods in Kenya.

One of the most important pathways through which the COVID-19 pandemic has affected households is through its impact on their food and nutrition security. This is especially true for agricultural households who disproportionately depend on their own production for food supply, and on agricultural markets for income and other household needs. In round 1 (R1) of the survey in June 2020, most respondents reported no change in the availability of most food items in local markets, except for vegetables where a decrease in availability was noted. This pattern changed in the second survey round (R2) in October 2020, during which the majority of households reported an increase in the availability of vegetables in local markets. In the third survey round (R3) conducted in February 2021, however, things took a largely dismal turn with most respondents reporting reduced availability of most food items, including grains, roots, tubers, and plantains which constitute the major staples.

In terms of food prices in local markets, the majority of respondents in R1 and R2 reported an increase for most food items except those of animal origin (milk and milk products, meat and poultry, eggs and processed foods). In R3, most respondents reported a decrease in the prices of meat and poultry and processed foods. A significantly higher percentage of respondents (76%) in R3 compared to R2 (49%) stated that the prices of grains had increased in local markets, despite the fact that the November–February period coincides with the harvesting season for maize – the main staple grain – and ordinarily prices would not be expected to increase.

Using the food insecurity experience scale, reported food and nutrition insecurity was highest in R1 and lowest in R2 and R3. Although this finding may appear to contradict the above results, given that November–February is usually the harvesting season for maize, it may be that most households had their own stock of grains and were not selling, hence the lower incidence of hunger in households and reduced supply and higher prices of grains in local markets.

Approximately 96% of respondents in R1 stated that their cost of living had increased. This percentage reduced to 66% in R2 before increasing to 98%, in R3. . These statistics are generally consistent with the official consumer price index (CPI) published by the Kenya National Bureau of Statistics, which indicated that the CPI increased by 1.2% between June and October 2020 and by 3.4% between October 2020 and February 2021. It is also important to note that schools opened in January 2021 and so households also needed to pay school fees and purchase school items for their children, a factor which further strained household budgets.

Control over own life

Despite the gradual relaxation of COVID-19 containment measures which significantly affected households’ participation in social and economic activities, food and nutrition insecurity generally remained a challenge for most households. Households mostly continued to experience a high cost of living, consistent with the official statistics which reported increases in CPI between October 2020 and February 2021. While the government was the main source of assistance to households to support them in coping with the negative effects of the pandemic, that assistance sharply declined over time, leaving most of the households to manage the pandemic’s effects on their own. On the positive side, however, perceived control over the respondent’s own lives increased over time, which suggests that the relaxation of COVID-19 containment policies was making individuals feel that they were gaining more control.

To hear more about APRA’s research findings on COVID-19, join the e-Dialogue on February 9th, 2022. Learn more and register, here.

Read about previous APRA research on COVID-19 in Kenya in the following blogs: