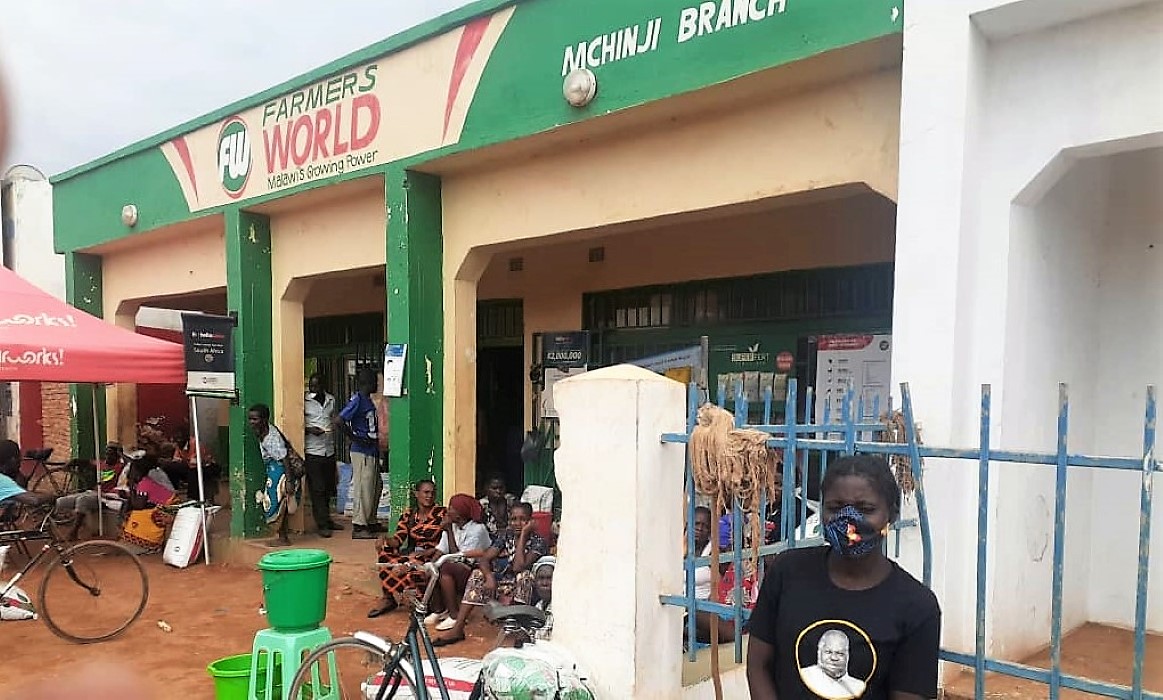 In the third and final blog of the series on grain marketing in Malawi, APRA researcher Stevier Kaiyatsa looks at the contributing effects of COVID-19 on grain price instability, the implication of this, and what the Malawian government can do to tackle the problem.

Part one examined the role played by small-scale traders in the grain supply chains of Malawi, while part two looked at how farmers are being exploited by some of these traders.

For more on the impact of COVID-19 on Food Systems and Rural Livelihoods in Malawi, read our round one and round two country reports.

Access the full APRA synthesis report on the Rapid Assessment of the Impact of COVID-19 on Food Systems and Rural Livelihoods in Sub-Saharan Africa, for free, here.

Malawi recorded its first COVID-19 case on 2 April 2020. Prior to the first COVID-19 case, the former President Peter Mutharika declared the disease a national disaster on 23 March 2020. The government closed schools and banned large gatherings as measures to control the spread of the disease. Further, the government announced a 21-day lockdown on 14 April that would run from 18 April to 9 May 2020. However, the Malawi High Court barred the government from implementing the lockdown on the basis that the Human Rights Defenders Coalition petitioned for more consultations on how to protect the livelihoods of poor and vulnerable Malawians.

The post-harvest period in Malawi starts in April, when small-scale traders buy agricultural produce from smallholder farmers. The APRA Malawi team has observed that fewer small-scale traders purchased grain from rural areas during COVID-19. As indicated in part one of this blog series, small-scale traders operate at different scales, namely; low-tier, mid-tier, and top-tier. Thus, COVID-19 created a situation where the big buyers, including local processors, were uncertain on the future of grain markets within and across national borders, which affected the grain supply chain.

The lower grain prices that most smallholder farmers were offered have implications for smallholder farmers’ income and food security. Smallholder farmers that produce smaller quantities had no option but to sell their produce at very lower prices, while those that have other sources of income are hoarding their grain in anticipation of better prices in the lean period. The lower output prices have eroded farmers’ income, limiting their access to productivity enhancing technologies, such as improved seed and fertilisers, for the next growing season. Therefore, it is more likely that most farmers will not be able to invest in farming to produce greater market surpluses, which will directly compromise their food consumption and agricultural income. Conversely, small-scale traders have aggregated grain at lower prices in anticipation of better prices in the future should big buyers such as the Agricultural Development and Marketing Corporation (ADMARC), the National Food Reserve Agency (NFRA), the National Association of Smallholder Farmers of Malawi (NASFAM), and processors open up their markets as the lean period progresses.

As low levels of COVID-19 continues, the government has reopened schools and lifted the ban on large gatherings. However, uncertainty regarding the future of grain markets both local and across the borders continues to grow among grain traders. This has affected the incomes of smallholder farmers, which may lead to lower production in the upcoming growing season, particularly for non-staple commodities such as soybean and groundnuts. Further, through the Affordable Input Programme (AIP), a successor to the Farm Input Subsidy Programme (FISP), the government has invested about MWK160 billion (US$212.5 million) to subsidize maize production for about 4.3 million smallholder farmers. AIP beneficiary would be able to purchase two bags of fertiliser (NPK and UREA) weighing 50 kg at MWK4, 495 (US$5.97) each, a pack of maize, rice or sorghum seed weighing 7 kg at MWK2, 000 (US$2.66). Unlike the FISP, AIP does not subsidise legume seed for pigeon peas, cowpeas, beans, soybean, and groundnuts.

As a result, we should expect a decrease in the production of legumes including soybean and groundnuts in the upcoming growing season due to smallholder farmers’ limited access to legume seed and an increase in maize production.