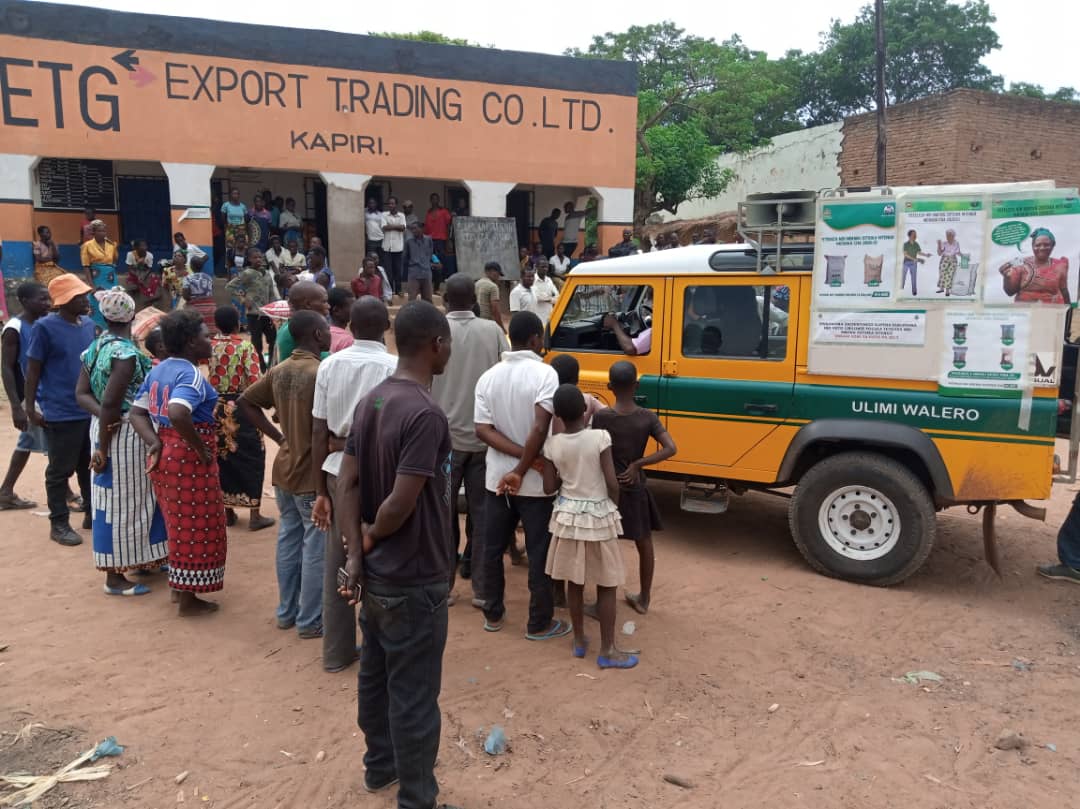 In the second of a three-part blog series on grain marketing in Malawi, APRA researchers Stevier Kaiyatsa and Mphatso Susuwele examine the methods used by some small-scale traders are taking advantage of farmers who produce a market surplus, and what the government should do to help.

Part one looked more closely at the vital role played by small-scale traders in the grain supply chains of Malawi, while part three charts the impact of COVID-19 on grain marketing.

Primary level agriculture production remains the main economic activity in Malawi. Poor infrastructure undermine efforts to diversify the economy to other sectors such as industry, mining, and tourism causing many job seekers in particular the youth to end up in traditional agriculture. For instance, the Malawi Labour Force Participation Survey (2013) found that 64.1% of employed persons work in agriculture. However, agricultural production landscape faces a number of challenges that include, but not limited to, over dependence on rain-fed farming, low absorption of improved technologies due to high illiteracy levels, vulnerability to weather-related shocks, and declining natural resources. As a result, output per unit area of land (i.e. productivity) is low among smallholder farmers. Where about 80% of the population relies on agriculture for income and food consumption, producing a market surplus is the ultimate goal of each farmer. However, the amount of money that the smallholder farmer can earn in a season is subject to not only the output prices but also purchasing behaviour of the grain traders in the market, which are geared towards exploitation.

The MBS is a government owned parastatal organisation that has the mandate to inspect and verify that traders use recommended weighing and measuring instruments when procuring grain from farmers across Malawi. The organisation operates centrally with one office in each region. The MBS certify all the weighing and measuring instruments, apply an “MBS label” to them, and confiscate uncertified weighing scales from traders. However, the organisation fails to conduct a comprehensive inspection exercise every year across all the food markets due to understaffing and inadequate funding from government.

Farmers consider the use of standardised weighing scale as the most the transparent way of trading. However, small-scale traders tamper with the weighing scales to get more grains when purchasing from farmers and give less grains when selling to consumers. Further, not all small-scale traders have access to standardised equipment. It is a standard practice to store grain in bags weighing 50 or 90 kg. To demonstrate how the farmer may lose out when the trader uses unauthorised weighing scale in procuring maize grain, we use the price observations in October 2020 from Mpherembe market in Mzimba district. The purchasing price of maize grain per kg was MKW140 (US$0.18)[1], as such, it would cost the trader MKW7000 (US$9.23) to procure a bag weighing 50 kg from the farmer. Conversely, when an unauthorised weighing scale is used, the trader may get more grain from the farmer, for example, an additional 100 g for each 1 kg of grain that the scale records. Thus, the bag of grain weighing 50 kg would weigh 45 kg on traders’ scale and the farmer would get MWK6300 (US$8.31) and lose out about MWK700 (US$0.92). The losses to the farmer increases with increase in the volume of grain sold.

The Government of Malawi recognises the role that agricultural commercialisation would play to achieve its development agenda of creating wealth for all. Given that agriculture is the main source of income for the majority of the people in the rural Malawi, there is need for the government to strengthen institutions that support the sector such as MBS for them to carry out their mandates effectively and efficiently. One way to strengthen MBS in order to protect smallholder farmers from unscrupulous small-scale traders is to establish its representation in district councils, where an officer would be responsible for carrying out the inspection and verification exercises of weighing and measuring instruments that traders use in grain marketing at such a lower level. Further, government may prohibit the use of spring scales in grain marketing and provide a subsidy on digital scales, which would increase their affordability. Doing this, would increase transparency in grain marketing and protect farmers from exploitation in Malawi.