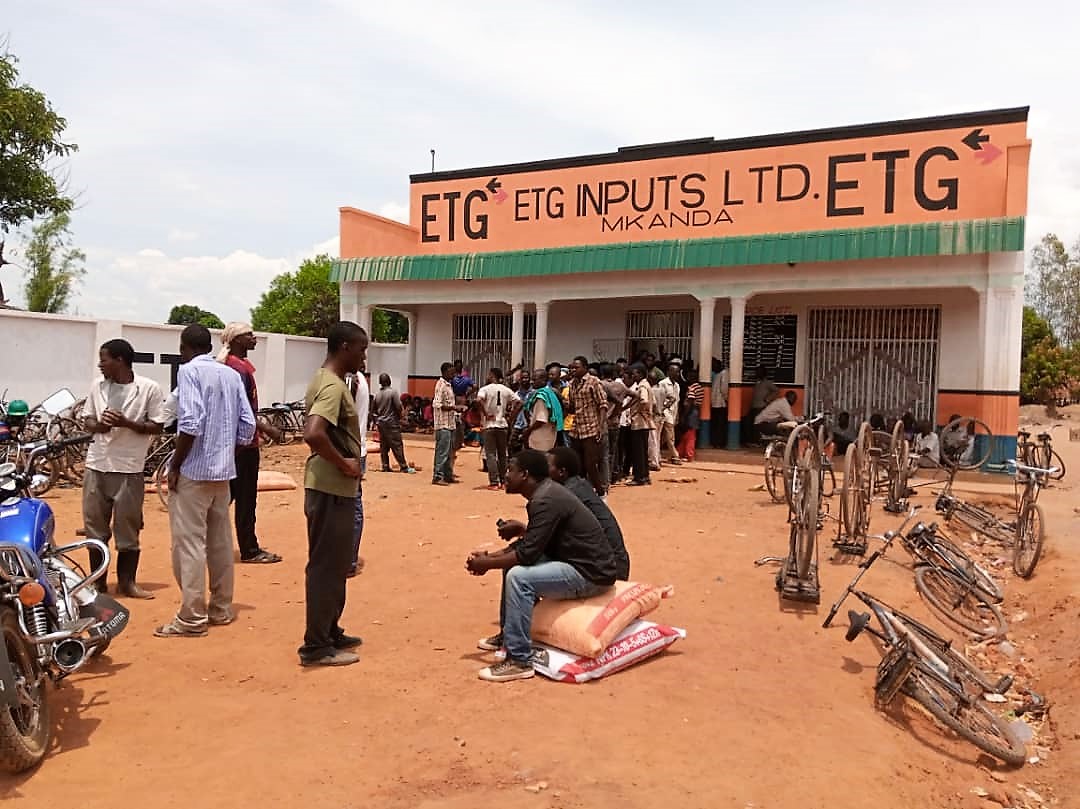 In the first of a three-part blog series on grain marketing in Malawi, APRA researchers Stevier Kaiyatsa and Mphatso Susuwele examine the vital role played by small-scale traders in Malawi in the grain supply chains, how they are classified, and why understanding them is key for any kind of programme intervention that aims to improve food security and incomes of smallholder farmers.

Parts two and three look at how farmers are being exploited by some of these traders, and how COVID-19 is impacting grain marketing in Malawi.

Small-scale traders play a critical role in linking producers to consumers in the grain supply chains. In Malawi, farmers cultivate their crops from November to March under rain-fed production every year. This period is considered as the peak of the lean period, where farmers who do not produce enough food for their own consumption rely on food purchases. During this time, the food prices are high and farmers must invest in their farming to meet their food needs for the next consumption period (i.e. from April to March). During the post-harvest period (i.e. from April to September) farmers transition from a period where food prices were high due to scarcity to a period where food is available at lower prices. Given that the majority of farmers earn their income from crop sales, farmers would need to sell more during the post-harvest period than during the lean period to make the same amount of money. Unfortunately, waiting for the lean period when the food prices are high is not an option for most of the farmers because of their immediate need for cash.

The big buyers in grain marketing such as the Agricultural Development and Marketing Corporation (ADMARC), the National Food Reserve Agency (NFRA), the National Association of Smallholder Farmers of Malawi (NASFAM), and processors who offer relatively better prices, open up their markets very late in the season. The big buyers delay in opening up their markets to allow the grain to dry to the right moisture content. Meanwhile, small-scale traders access the rural markets to purchase grain from smallholder farmers early in the season when the grain has high moisture content at relatively lower prices. The traders dry the grain to reach the right moisture content, and re-sell to the big buyers later in the season when they open their markets. As a result, small-scale traders provide an immediate market to most of the farmers at the time when the need for financial stability is high.

The food markets (including for grain) are liberalised, and anyone can participate in the food market as a buyer. Participation in the grain market as a small-scale trader is less labour-intensive due to relatively low trading volumes than for medium- and large-scale traders. To become a small-scale trader, one needs cash and a weighing scale. The use of digital scales is less common among scale-traders and those that have access to weighing scales use spring scales or a spring balance, which can be easily tampered with. Usually, small-scale traders operate in permanent structures or an open space in the food markets, along the main roads that connect farmers to their food markets, or set up tarpaulin at the centre of the village. Their access to financial credit and storage facilities is limited. Small-scale traders may be classified into three categories based on their level of operation:

Low-tier small-scale traders:  This category of small-scale traders use their own finances, and usually reside permanently in the village or closer to the farmers. They operate in a permanent structure with a storeroom. During the post-harvest period, this category of traders procure grain from farmers in any quantity at a lower price, stock the grain, and re-sell the grain to the same farmers during the lean period at a higher price. These traders are not part of any established social networks.

Mid-tier small-scale traders:  This category of small-scale traders also use their own finances but have a strong relationship with large-scale traders that operate in well-developed urban centres or in the cities. Similarly, they reside permanently in the village or closer to the farmers, and operate in a permanent structure with a storeroom. During the post-harvest period, this category of traders procure grain from farmers in any quantity at a lower price, aggregate, and transport the grain to large-scale traders within their networks. These traders neither stock the grain for a long time nor re-sell the grain to the same farmers during the lean period at a higher price. As a result, their operations are limited to post-harvest period.

Top-tier small-scale traders:  This category of small-scale traders act as agents for employees working for big buyers who usually open their markets late in the season such as ADMARC, NFRA, NASFAM, and processors or the elites with strong relationships with these institutions. The employees or the elites finance the operations of these traders, of whom temporarily reside in the village or closer to the farmers during post-harvest period. They operate in rented permanent structure with access to storage facilities. This category of traders procure grain from farmers in huge quantities, treat and stock the grain, and sell to these institutions when they open up their markets at very high prices.

Since the big grain buyers are known to delay in opening up their markets, employees for these organisations and the connections the elites have with these organisations distorts competition in the grain market through the operation of top-tier small-scale traders. Therefore, the big grain buyers may seem to delay in opening their markets, but have instead informally opened earlier in the season to give smallholder farmers a poor deal, which does not improve their incomes. The employees and the elites along with their top-tier small-scale traders benefit from interventions that aim at supporting producer prices at the expense of smallholder farmers.