APRA at the EEA Conference: Analysing the Importance of Rice to the Ethiopian Economy 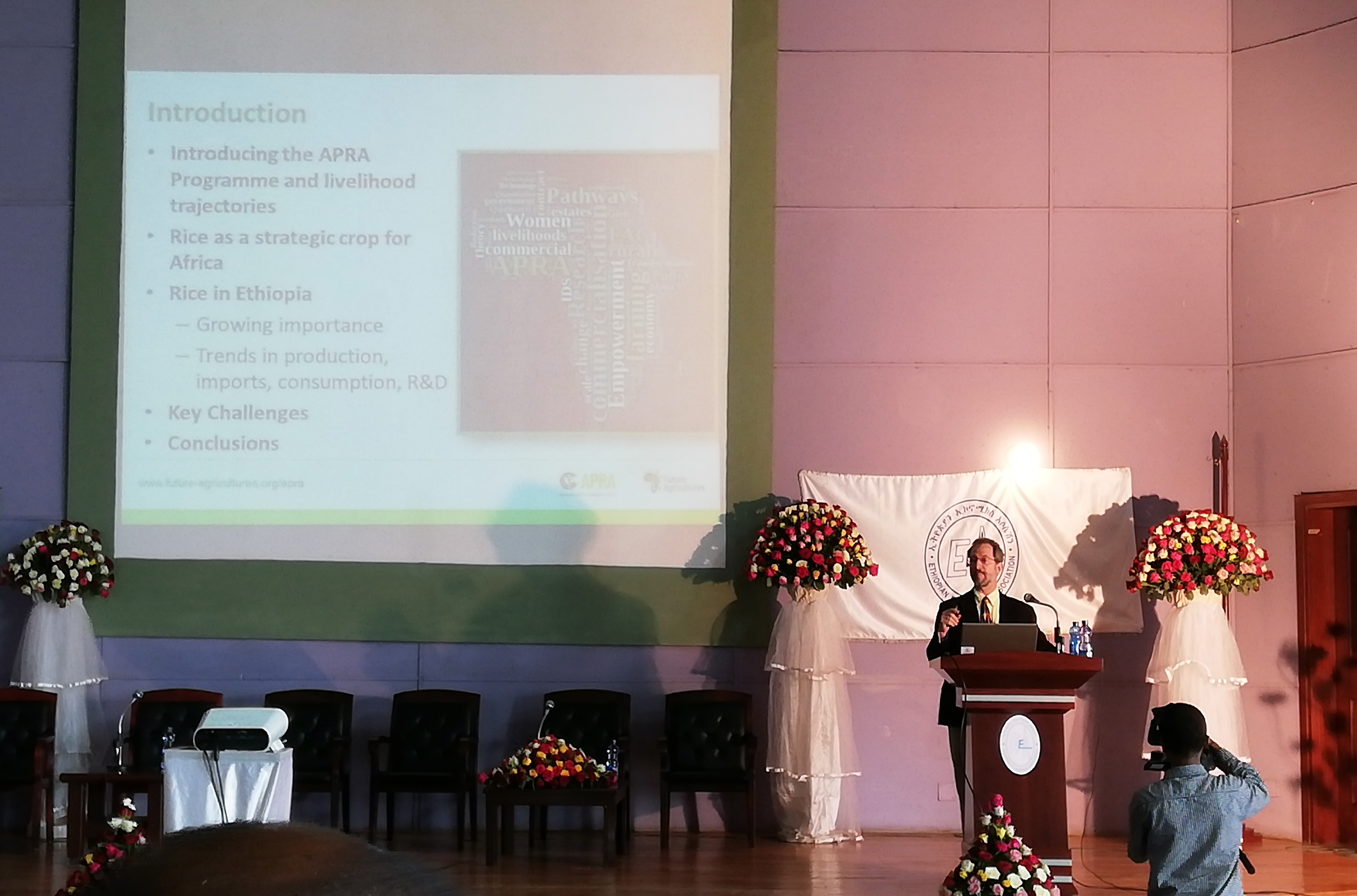 The Ethiopia Team of the Agricultural Policy Research in Africa (APRA) Programme of the Future Agricultures Consortium (FAC) participated in the 17th International Conference of the Ethiopian Economics Association (EEA) on the Ethiopian Economy. The conference was held from July 18 to 20, 2019 at the EEA’s Multi-Purpose Building Conference Hall in Addis Ababa. The conference was attended by senior government officials and more than 1,000 members of the EEA, as well as representatives of numerous international research and development organisations. There were five plenary sessions and multiple panel sessions, covering 56 presentations.

The second day plenary session was devoted to APRA research in Ethiopia with the title, The Importance of Rice, its Commercialisation and Future Perspectives. The plenary was organised into three presentations, which was followed by a lively panel discussion with active engagement of participants. This blog aims to highlight some of the key messages of the three presentations and summary of issues discussed during the panel discussion.

The first presentation was made by John Thompson and the key messages were:

The second presentation on rice commercialisation and the changing labour market in the Fogera Plain was made by Agajie Tesfaye, who argued that:

The third presentation was made by Dawit Alemu who made the following observations:

The key questions raised by conference participants during the panel discussion were:

The Q&A session ended with a clear agreement that rice is an understudied, but an increasingly important staple crop and strategic commodity for Ethiopia. Participants expressed their support for the increasing investments that the government and its national and international partners are planning in rice research and development. Participants then expressed encouragement that the APRA team to continue their research into the changing dynamics, challenges and opportunities facing the rice sector in the country.