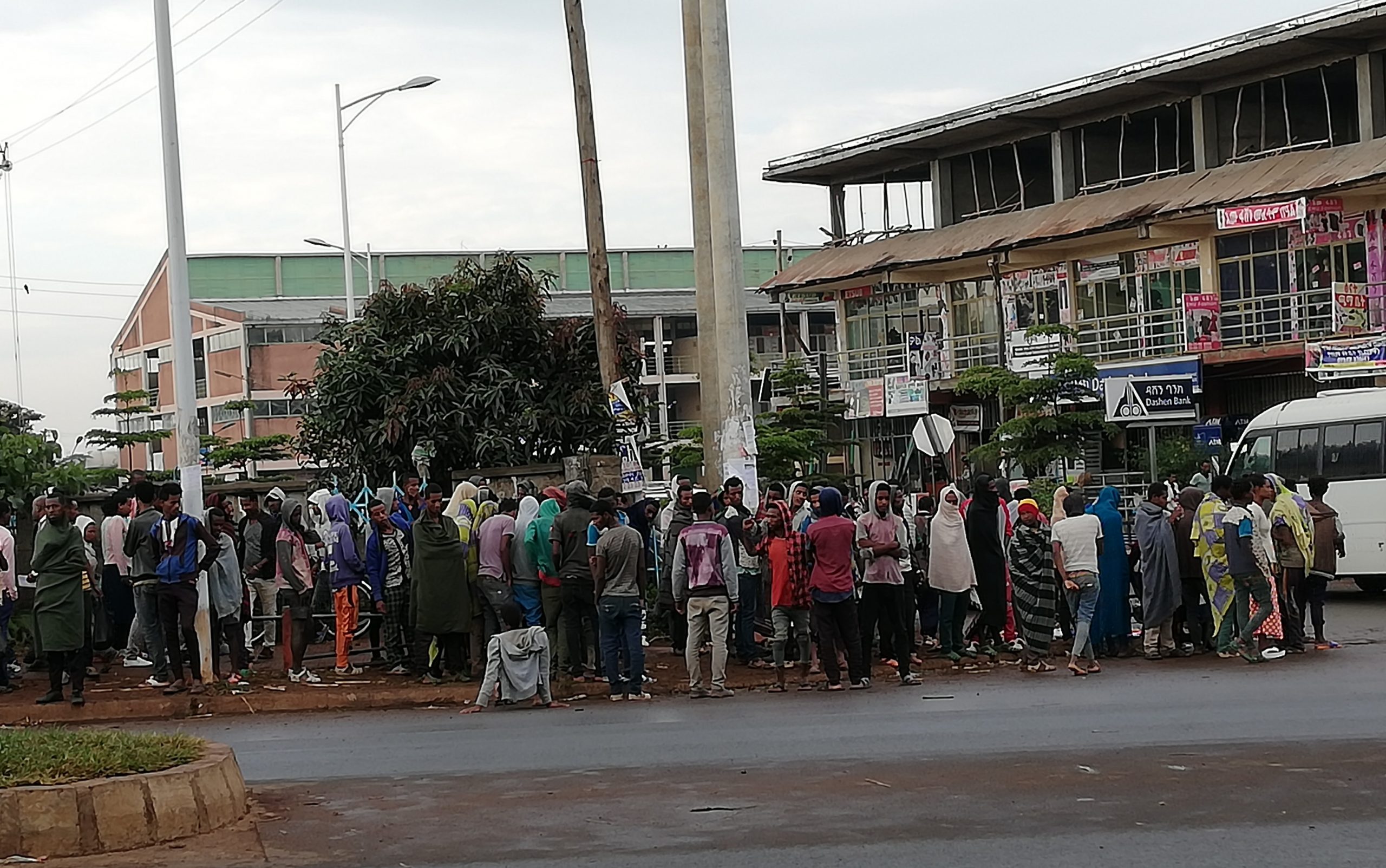 In the first blog of a three-part series, Ethiopian Institute of Agricultural Research researcher Agajie Tesfaye presents the preliminary findings and statistical analysis of research assessments that were conducted to examine the impact of COVID-19 on the labour supply of rice farm workers and rice commercialisation in Fogera plain, Ethiopia. Check out the other two blogs of this series:

Part two: Examines the effects of COVID-19 on labour wages, service providers to labourers and rice production.
Part three: Gives seven key recommendations on how the Ethiopian government can lessen the negative impacts of COVID-19 restrictions on day labourers, and rice farmers.

Since COVID-19 was first diagnosed in Ethiopia in Mid-March 2020, the government has taken various preventive, control and mitigation measures, including state of emergency which will last for nearly half a year. These measures have negatively impacted economic gains, livelihoods and social values. As the surge continues, it will largely drain the already limited government resources and exacerbate food insecurity of poor households.

A report released by Degye et al. (2020) outlines that prolonged existence of the COVID-19 pandemic could lead to “disease driven poverty-trap” in Ethiopia. It emphasises that it is not the number of COVID-19 positive cases that matters, but the level of disruptions to economic activities which in turn aggravates the level of health risks.

Many farms are affected by a shortage of hired labour because of the COVID-19 pandemic. A preliminary APRA assessment in Fogera District of Amhara Region highlighted most of the farming families depend on hired labour for rice production because of the labour intensive nature of the crop.

Our first assessment was conducted during the outbreak of the pandemic in mid-March, while the second was during first weeding of rice (mid-July). The third will be made towards mid-August, the critical labour demand season for second rice weeding. These assessments will illustrate the changes on extents of COVID-19 effects on labour market and rice commercialisation.

Effects of COVID-19 on Labour Supply

Following the national state of emergency, regional governments (including Amhara Region), declared restrictions on some locations where the pandemic had been reported, such as a ban on public transport, grain, and labour markets for two weeks.

In Fogera rice plain, more than 90% of the daily labourers travel to look for work. During lockdown measures, Fogera District Police has been forcing daily labourers to spread-apart at labour markets, making finding jobs very difficult. Employers were even asked not to hire labourers. Employers described what the Police Commander said to them:

“Why do you hire a labourer whose address is not known and you don’t know even with whom he has been in contact. He could have contracted the virus and you are putting your family at risk”.

Commander of District Police – as told by employers

This caused employers to go home and work on their farms using members of their family. In spite of demand, many labourers were forced to go back to their villages.

The police confirmed that they are creating awareness for public in different ways including daily labourers. According to the police, they are facing challenges from the public while taking actions to minimise the spread of the pandemic as per the regulations of the government:

“Even though we are chasing daily labourers from labour markets to spread apart, they do not have other options for daily food. The same is true with service providers who rent their rooms to groups of labourers on daily basis. These…are the poorest-of-the poor and their livelihood is based on daily earning. Labourers and service providers often express ‘it is better we die of Corona after working and getting food than die of hunger’.”

Some respondents noted that many are not using PPE or social distancing:

“We are aware that using a mask is helpful, but it is almost not practiced in our villages. We depend on prayers and God’s blessings… we have stopped hugging newcomers.”

Farmers have planted rice as usual, expecting the situation to improve and the daily labourers, who are often very flexible, to be available. They don’t know what will happen when the demand for daily labourers is acute, but are prepared to do as much as they can do.

In the rice sector, the demand for daily labour is highly increasing over time. The proportion of labourers (see fig. 1) joining labour market shows an increasing trend in the last two decades. According to the respondents, 17% joined labour markets before the last ten years while 83% joined in the last decade. The proportion of labourers who jointed labour markets was only 5% before 15 years. A recent increase in the unemployment rate is thought to be a driving factor why evicted youths and those from lower income households find work in labour markets. This means that incidence of COVID-19 will largely affect these categories of the community. Rice farmers will also be affected from a lack of daily labourers, and their incomes will decline substantially.

The study conducted on labour profiles in Fogera rice plain indicated that daily labourers were drawn from the poorest economic groups. 65% of the labourers (table 3) were landless and even 32% owned small plots of land, either one ha or less, which is not adequate to support themselves and their families. Moreover, 53% of the labourers did not own any of the domestic animals (Agajie et al, 2019). The pandemic has exacerbated their poverty and worsened the livelihoods of these categories of the community.

Table 1:
1 Mild scenario assumes that the adverse effects of the virus will be mitigated through rapid response mechanisms with minimal loses and mild economic problems.

2 Severe scenario assumes that COVID-19 situation will get worse adversely impacting on the economic and social sectors.