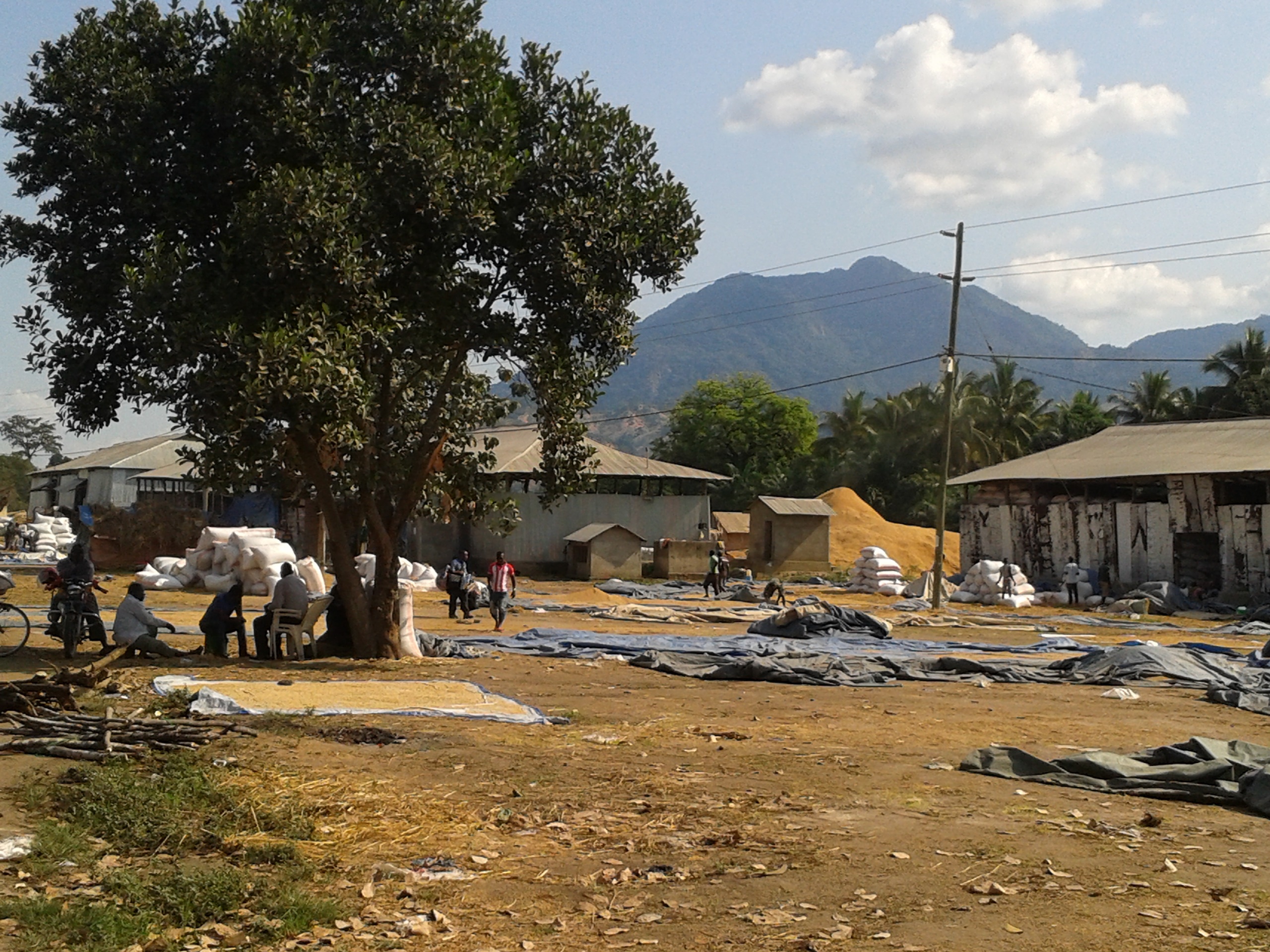 Kilombero Valley in central Tanzania has attracted attention due to the presence of several large-scale agribusiness investments. However, in August 2017, an APRA team that visited the valley were struck by other forms of agricultural commercialisation that are unfolding in the area. Colin Poulton reports.

Night falls as we approach Ifakara, the administrative centre of Kilombero district in Tanzania, just over 100 km off the main Morogoro-Iringa trunk road, past the estate of the Kilombero Sugar Company. As we head towards Ifakara, we pass several articulated lorries laden with rice heading slowly in the opposite direction. The following morning, we see more lorries, along with plenty of smaller trucks, loading up at Ifakara’s numerous rice mills. As we head further into the valley, we see similar activity at Mbingu and then at Mchombe, two hours beyond Ifakara. The road via Mbingu to Mchombe starts off fairly even, but later stretches have been churned up whilst still wet by trucks full of rice.

Mchombe, a former ujamaa village, surprises us with its vitality; there are a couple of streets of shops and several distinct neighbourhoods and, because of the influx of rice buyers, accommodation is in short supply. We hunt for mosquito nets and meet Emmanuel, a shopkeeper, who started selling clothes in 1994, when there were just eight shops in the town. Now he sells a range of household goods, including mosquito nets and mattresses, but also sound systems and home cinema kits. 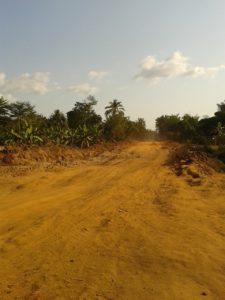 2017 is a good year for this part of the Kilombero Valley, although the assessment is a qualified one; unusually heavy rains early in the season washed away the first rice plantings. However, many farmers were able to replant and achieve a fair harvest and are now able to benefit from poor harvests in other rice-growing areas of the country. Traders from Shinyanga Region, near Lake Victoria – normally a rice surplus area – have come to Kilombero to buy rice. In 2016, the harvest price of rice was TZS 50,000 (US$22.5) per 100 kg bag; in 2017, the price has not fallen below TZS 80,000 (US$35) per bag. When we talk to shopkeepers, however, they report that turnover is lower than a couple of years previously – a common refrain from businesses around Tanzania, who lament reduced money in circulation, a consequence of policy changes being implemented by the government of President John Magufuli.

Just down the road from Mchombe is Mngeta Farm, a 5,800 hectare former state farm, originally established with assistance from North Korea, but now run by UK firm Kilombero Plantations Limited (KPL). Much has been written about KPL, but what quickly strikes us is that it is only one of the stories in this part of the valley – and not the biggest one.

Some of the rice leaving the Kilombero Valley is from KPL, but much of it is not. Some of the demand for goods and services in Mchombe, and other nearby village centres, comes from the 300 or so KPL employees, but much of it comes from other sources. According to Emmanuel, the main clients for his larger household items are medium-scale farmers who have moved into the area.

Prior to the construction of the TAZARA railway in the 1970s, the Kilombero Valley was home to fishing communities who lived off the Kilombero River and also did a bit of farming. Some Maasai pastoralists arrived with their cattle in the 1980s. People from Iringa and Mbeya realised the valley’s potential for rice production and started settling in the 1990s. However, even in the mid-1990s, the valley was home to significant populations of wildlife. Then, in the early 2000s, Sukuma agro-pastoralists from the Lake Zone began to arrive.

Since the 1970s, unreliable rainfall and competition for resources have driven some Sukuma cattle-keepers to seek pasture for their animals in other parts of the country, creating a number of flash points with local crop farmers. In the Kilombero Valley, Sukuma agro-pastoralists found plentiful, fertile land. Early arrivals were welcomed by village authorities. Those with the means to do so were allowed to clear substantial areas of land – 50 to 100 acres or more – for a token registration fee of just TZS 5,000 (US$3-6) per acre. According to key informant interviews, their presence was welcomed, as these settlers helped to drive wildlife away from villages. Early arrivals thrived and called others to join them.

In the villages around Mchombe and Mngeta, where we conduct focus group discussions, village land ran out around 2011. Since then, new arrivals have had to rent (for TZS 100,000 or one bag of rice per acre per season) or buy (for TZS 500-700,000, i.e. US$220-350, per acre, according to villagers) from those who got here before them. Aerial photos confirm that the Valley is cultivated all the way from the Udzungwa Mountains, on the northern boundary, to the Kilombero River. In addition to the squeeze on wildlife, this increased cultivation has created significant challenges in terms of water management.

Impact in the Valley

In all villages, focus group members admit to inevitable frictions between livestock grazing and crop production. However, with the notable exception of respondents in Mofu, the view is that these potential conflicts are managed fairly readily. Moreover, local farmers have learned from their new neighbours. In particular, the majority now prepare their land using ox ploughs, a practice learned from the Sukuma, and one that has expanded the rice area cultivated by local farmers. When agro-pastoralists were forced to leave parts of the valley – temporarily, as it turned out – in 2011/12, some sold cattle to local households, whilst others left some animals in their care.

It is this livestock-driven extensification of rice production that has driven the marketing activity that we observe in Mchombe and elsewhere. Since 2015, it has received an additional boost from the arrival of rural electrification. With plentiful paddy surpluses, rural electrification has encouraged the establishment of numerous small- and medium-scale rice mills with accompanying warehouses. Farmers with reasonable 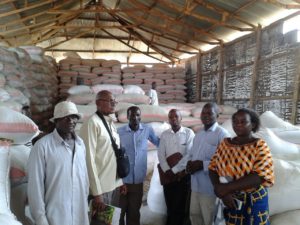 surpluses take them to a warehouse, where they can leave them until such time as they want to mill them, on condition that they use the warehouse owner’s milling machine. This aggregation function greatly enhances the efficiency of the rice marketing system, increasing prices for producers. Meanwhile, the presence in the local economy of cash from rice sales creates instant demand for a range of non-farm services – cold drinks, mobile money, photocopying, furniture making, various repair services, barbers and beauty salons – that spring up as soon as electricity arrives.

Is there any link between the revitalisation of Mngeta Farm under KPL and this surrounding activity? These wider changes in the valley predate KPL and, although they have continued to accelerate since the KPL’s arrival, they are largely independent of it. With support from DFID, and in collaboration with the USAID-funded NAFAKA programme, KPL has sought to promote a new approach to rice cultivation known as the system of rice intensification (SRI). However, despite training 7,000 farmers, uptake of SRI has been limited. Our hypothesis is that extensification through animal traction has proven more attractive for many local households than intensification through SRI.

When we leave Mngeta a week later, the road to/from Ifakara is being re-graded. Although this road is still inadequate for the burdens placed on it, team members observe that it is in a much better state than it was 10-15 years previously. This improvement benefits all rice producers, indeed all inhabitants, in this part of the Valley. It is possible that the presence of KPL has caused this road to receive more maintenance and repair than it otherwise would, but we cannot yet prove or disprove this. We leave with a story of social and economic change in the Kilombero Valley that is still only partly told.

Colin Poulton is part of a team from Sokoine University of Agriculture and SOAS University of London that is investigating the livelihood impacts of agricultural commercialisation in Tanzania, as part of the six-country DFID-funded Agricultural Policy Research in Africa research consortium. This article reflects on a preparatory visit to the Kilombero Valley in August 2017 ahead of the first wave of a panel survey of rural households that took place in October 2017.