It will provide grounded evidence on how deals are structured, how people respond to them, and the adequacy of existing land rights to protect local people.

Land is increasingly commercialised through the leasing, concessions or sale of public and communal lands to foreign companies and governments for food production, for tourism developments, for biofuel production, and for other commercial agricultural uses.

This is a three year project, which runs until 2014.

What the project will study

The project will critically investigate

The project team will work with local land users, through local research institutions, NGOs and other structures in five countries:

The overall objective is to show how good land governance is promoted through effective and sustainable decentralised land reforms, which contribute to resolving conflicts around diverse and contested land needs, specifically those arising in the context of the commercialisation of land and large-scale land acquisitions of land in Southern Africa.

The project aims to support policy makers and civil society organsiations with the information and capacity needed to make evidence-based policy to promote good land governance in, as well as alternatives to, large-scale land acquisitions. The objective of this is to protect people living on public and customary lands in Southern Africa from dispossession, and enable them to shape decisions concerning the use and transaction of their land. 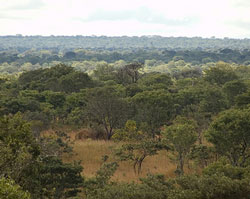 Zimbabwe: Beneath and Beyond the Land Revolution: Lessons from Land Investments in Zimbabwe (Ruzivo Trust)

The project outputs will include, from early 2013:

Commercialisation of Land and ‘Land Grabbing’