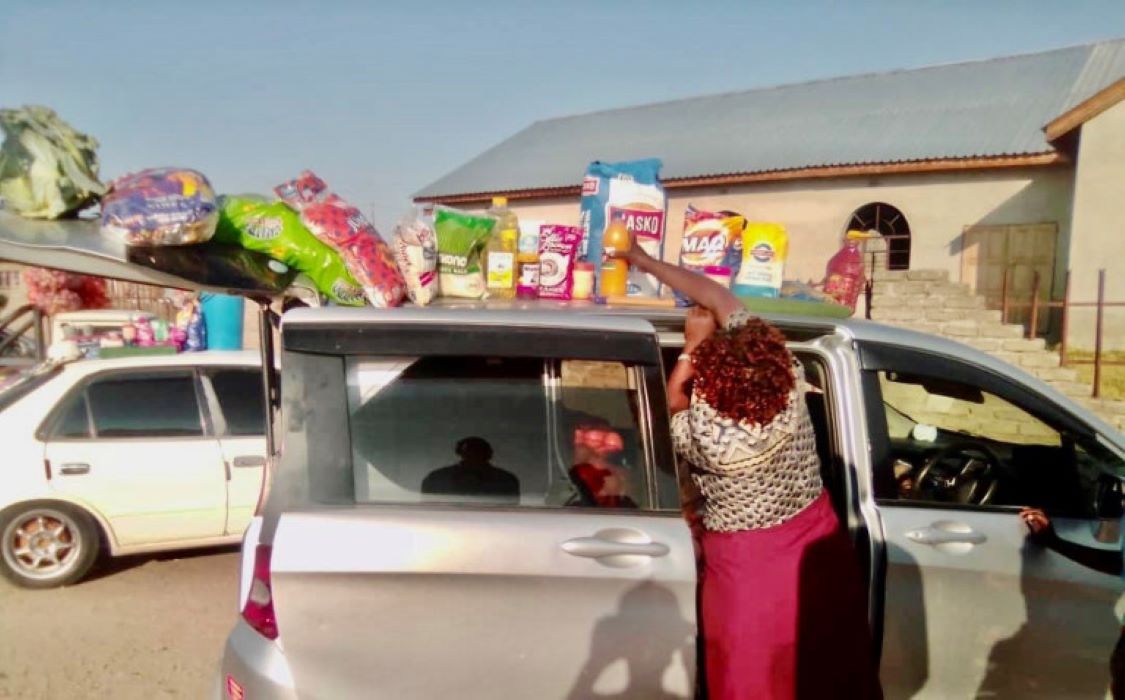 Last week, the blog looked at the COVID-19 situation in Zimbabwe. The situation continues to get worse. On 9 January, there were 20499 reported cases and 483 deaths – 6000 more cases and over 100 more deaths in just a week. It looks like the South African ‘new variant’ is taking hold. Another very severe lockdown was imposed on 2 January, with strict movement restrictions, many businesses closed and a curfew.

However, like many other African settings, as discussed last week, so far at least the rural areas in particular seem not to have significant coronavirus incidence, with reported cases concentrated in urban areas. So are widespread, national lockdowns justified? Should governments persist with the harsh lockdowns that are perhaps best designed for different Western, urban settings with different social and economic profiles?

This is a difficult one. We don’t know if the early action by African states – including Zimbabwe – prevented a massive early spread, and it would be foolhardy to experiment with releasing lockdowns to boost the economy if it resulted in a massive transmission of disease during a second wave. And especially so in settings where health systems are deeply inadequate.

The Swedish experiment of a light lockdown has faltered badly in recent months, and the haphazard approach of the UK government to pandemic control measures has resulted in a huge and unnecessary death rate, even with a top quality health service.

Hardships, but innovations and transformations

What then are the downsides of the current approach of strictly following international public health guidelines? As we have documented in the blog series since March last year, the impacts of lockdowns on rural populations across our sites have been harsh. And the new lockdown in Zimbabwe is already biting hard.

This is a pattern seen across Africa as many studies have now shown. Reduced market access, lack of mobility for labour and work, school closures meaning kids don’t get an education… and so on. The story is now familiar. There have been many surveys of the impacts and the considerable costs of lockdowns. Lockdowns particularly hit those reliant on formal markets and those requiring mobility for their livelihoods.

Yet, as our field reports during 2020 have shown, in a largely informal economy, where exchanges are local, there has been an impressive resilience in rural areas and small towns in Zimbabwe so far. Without wanting to dismiss extreme hardships, falling perhaps especially on women and young people, the adaptations and innovations we saw over the past 9-10 months across our sites have been impressive.

Whether in terms of marketing, health care, off-farm income earning, trading or artisanal mining, a new array of new activities have sprung up so that people can survive during lockdowns. Compared to the formal phone surveys that many researchers are fond of, asking not just about what has changed from the status quo, and so highlighting the costs, we have also been asking what has emerged, highlighting innovations and opportunities too.

Our qualitative work across multiple sites in Zimbabwe shows not just how the existing agro-food and livelihood system suffered, but how it also was transformed – by necessity, and through skill and ingenuity. Reading back across our accounts from March 2020 onwards it is interesting how the tenor of the commentary changed: from negative impacts to positive opportunities, even in very tough circumstances.

A common argument about the downsides of lockdowns is that they provide space for authoritarian states to exert control on restive populations under the guise of public health measures. The Crisis in Zimbabwe Coalition has recently produced a significant report (and video) on the shocking abuses that have occurred in Zimbabwe (and across SADC) over the past year, with heavy lockdowns and restrictions on movement seemingly being used as a pretext for arrests and violence, directed particularly against the opposition.

The ‘closing of civic space’ is very apparent in Zimbabwe, and was heightened especially in the build-up to the proposed 31 July uprising. While this never happened in the ways envisaged, the clamp-down was severe, affecting everyone, but especially journalists (arrested and imprisoned) and opposition leaders (sexually assaulted and imprisoned). This pattern continues, with new arrests during the past week, and some still imprisoned.

The argument in the Crisis Coalition reports is that lockdown measures were ‘excessive and disproportionate’, with state and security services using lockdowns to boost their control against rising opposition and internal faction fighting. It is implied that lockdowns should be released with ‘civic space’ restored. In other words, it is suggested that lockdowns are manipulated, becoming simply a political tool.

Many public health officials would however disagree, and especially now. With great hardship and without resources, they have been implementing the measures in good faith, with the genuine fear that the pandemic will take hold, and that only strict public health measures will hold it at bay. Public freedoms are always curtailed in a health emergency for the greater, longer-term good, they argue. Lockdowns are therefore essential, even if private civic freedoms are curtailed.

This of course is a tension seen in many countries, with anti-lockdown protests in favour of ‘freedom’ a common occurrence. However, in Zimbabwe, the context is particular. A more sophisticated reflection on these tensions is necessary.

It is always about politics, and political assessment of trade-offs. In the UK, for example, the discussion has been about opening up to boost the economy and people’s jobs and livelihoods, while protecting health through a complex and confusing set of public health measures. In Zimbabwe, the state had similar concerns, as the already dire state of the economy was made worse by the pandemic, and fears of public unrest and opposition mobilisation were raised.  Yet, actually, those economies with stricter public health measures have actually fared better economically over the pandemic, particularly in east and southeast Asia.

Lockdowns are of course no excuse for human rights abuses and illegal activities. These have been seen in many places, as the ‘emergency’ rhetoric of a pandemic provides the pretext for authoritarian measures, as well as corrupt practices. The rush to acquire personal protective equipment (PPE) at the beginning of the pandemic saw procurement practices abused massively across the world.

In Zimbabwe, media exposes resulted in the sacking of the health minister and fingers pointed to the very top, while in the UK the extent of involvement of senior politicians and associates in the Conservative party in getting favourable government contracts is only now becoming clear. This is now subject to a number of lawsuits, although still remarkably little mainstream media commentary, despite apparently extreme forms of corruption.

Pandemics are windows onto society

A pandemic exposes the worst and best of any society, and Zimbabwe is no exception. The failure of governance, the abuse of power and the authoritarian approach to politics has been laid bare, along with the tragic lack of capacity in the health service and the neglect of key workers, notably doctors and nurses who have been underpaid for years. But, at the same time, the way public health workers have worked tirelessly across the country sharing messages about keeping a distance, washing hands and so on has been impressive; in many cases involving people who are barely paid a living wage. The commitment of medical professionals is also amazing. Despite the terrible working conditions, they have insistently argued for solid public health measures and may have helped offset something worse. And, in response, the extraordinary resilience, as well as the improvisation, ingenuity and innovation, that people have shown over these months continues to impress.

Over the coming months, we will continue to monitor the situation across our Zimbabwe sites and report back via the blog, as the unpredictable life-cycle of a pandemic reveals much about the struggles of daily life and the political, cultural, social and economic responses to adversity in rural settings, which remains the on-going focus of this blog.