Can Zimbabwe survive a second wave of COVID-19? 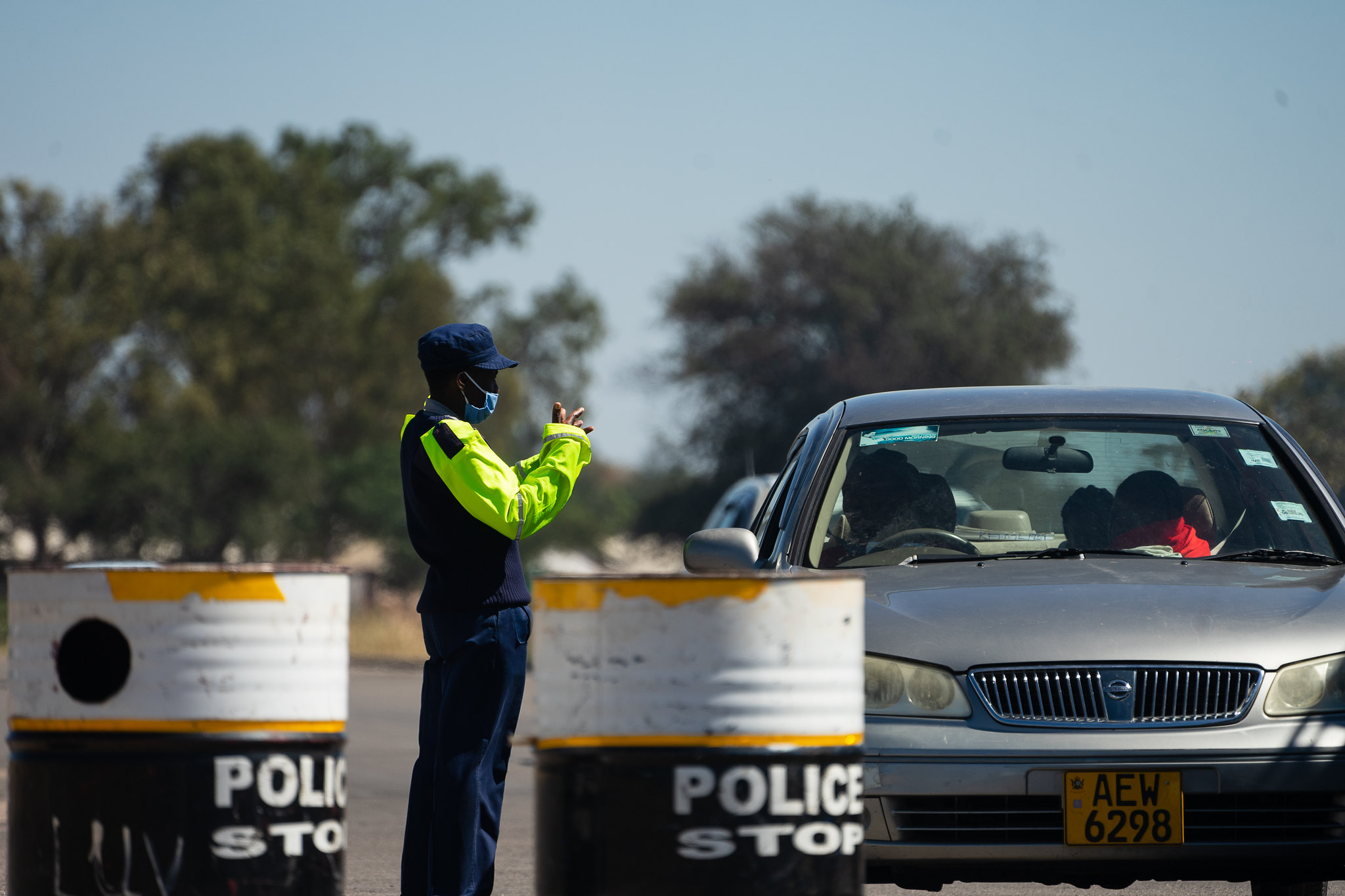 On January 2nd, Vice-President and Minister of Health, Constantino Chiwenga, announced another strict lockdown on the whole country. As in March, non-essential businesses are shut, travel is restricted and schools are closed. Everyone is urged to stay at home. In the last week, there have been a further 1342 cases, adding to the total of 14084 recorded. There have been a further 29 deaths too, including a number of high profile business people and politicians, adding to a cumulative total of 369.

Zimbabwe seems to be facing a second wave, driven by the new variant coronavirus from South Africa. I caught up with colleagues yesterday to hear about the current situation and to reflect on how has Zimbabwe fared since the first case was identified in March 2020 (see the Zimbabweland COVID-19 blog series).

On the face of it, Zimbabwe like many other African countries outside South Africa and to some extent Nigeria, has been relatively spared the ravages of COVID-19 to date. The total (reported) cases and deaths remain low. Compared to the US, UK and much of the rest of Europe, where last week’s reported figures are a small fraction of what is happening each day in these countries, the figures seem to portray (relative) good news.

At the beginning of the pandemic, there was a wave of Afro-pessimism: Africa was going to be hard hit, and with poor health services and many co-morbidities the toll would be massive. This did not happen during the first wave of the pandemic. In fact, the richest, supposedly most ‘efficient’ countries on the planet suffered worse. Why is this?

Why so few cases?

There are many theories out there, and no one really knows – uncertainties are everywhere. Some claimed it was the heat, but of course there are cold parts of Africa in some seasons and places, and hot places around the world have suffered terribly too, notably in Latin America. Some said it was because of widespread BCG tuberculosis vaccination, but the comparative data proved dodgy. Some said it was because of a young population demographic. This certainly helped, given the susceptibility of different age groups, but there are plenty of other places where a ‘young’ population was hit hard.

Certainly African countries, including Zimbabwe, responded to the pandemic quickly and effectively in line with WHO recommendations, with national lockdowns, restrictions on movements and health campaigns. This was unlike Western nations where the response was sluggish, with an arrogance that they knew best. Clearly, they didn’t and coronavirus did not turn out to be like ‘flu as all the elaborate preparedness and contingency plans assumed.

The experience of past pandemics/epidemics has also probably helped in Africa. The AIDS pandemic taught African nations and peoples a lot of important lessons: know your epidemic, take it seriously and change behaviour to save lives. The same applied to Ebola in West Africa and of course SARS in southeast Asia. Such experiences shape cultures and practices, and citizens, experts and institutions learn lessons the hard way. In the West, assuming that COVID-19 was ‘flu was fatal – literally, and resulting in hundreds of thousands of deaths in the US and Europe – but Western nations had not experienced the ravages of a serious pandemic for many years outside certain communities.

In some ways it may have been that poor health conditions actually helped. Acquired or pre-existing immunity through the frequent attack of multiple pathogens may have made certain people more able to fend off COVID-19. Noone knows this for sure, and plenty of poor and marginalised people have died, but it’s a hypothesis worth exploring, as many of the (recorded) deaths have been among middle class and richer people, where co-morbidities – being overweight, having diabetes etc. – are similar to those in the ‘healthy’ West.

The spatial pattern of cases also gives some clues. Cases in Zimbabwe, for example, are heavily concentrated in the larger urban centres, where poorer people live in crowded places and moving to jobs means travelling on crowded transport. The colonial design of racially-segregated cities has resulted in increased susceptibility to this type of respiratory disease, requiring new thinking in city planning.

The other foci of infection are on the borders, highlighting the impact of migration as a spreader of disease, especially from South Africa. With the new variant extending from the coastal areas of South Africa, the transfer of the virus through migrant populations moving back and forth, especially through the festive period, has already happened. Add to this the crowded conditions and long queues at the borders such as Beitbridge seen over the holidays, it has been a recipe for rapid spread.

However, there still remain very few (recorded) COVID-19 cases in any of our rural study areas, and few stories about people who have died. This is the case across the country – from Mvurwi to Chikombedzi – and the exceptions are in all instances a few imports from returning migrants, most common in Matobo. This is striking and contradicts the national narrative of growing infection.

We have been observing the local situation now for 9-10 months, and the pattern seems clear. Despite massive under-reporting due to an almost complete absence of testing, the rural areas seem to have been spared so far. As colleagues noted, “it may be that we have had the disease, but there are a range of ‘flus’ (respiratory diseases), and we know how to treat them with herbal medicines. Even the local village health workers are encouraging their use.”

We asked people in each of the study sites about why there were so few cases, and they consistently identified the activity patterns of people in rural areas. They live outside, there is ‘plenty of air’, they are not crowded together, as villages and homes are spaced out and people don’t move around so much – certainly compared to the ‘big bosses’ from Harare who seem to be suffering most. The moments when infection might happen included, according to their listing, funerals, markets, tobacco selling points, schools, indoor church services and beer parties where receptacles are shared. They also all pointed out that people are generally good at hygiene as this part of cultural practices for washing and cleaning, especially before eating.

As Paul Richards and Daniel Cohen point out on the African Arguments blog, understanding infection risk in context is essential, and this requires detailed insights into what people do where and why. In Africa it is not meat packing plants or care homes where concentrated transmissions occur, but in other settings. In order to shift behaviours and reduce infection, there is a need to know more about – for example – “the way infection hazard is shaped by key ceremonial activities in private spaces.” This means not just relying on the generic ‘science’ and projections from generalised models, or even the direct experiences of elite policymakers in large urban centres, but engaging with those who are confronting the disease, even if at this stage at very low levels. As they comment, it’s imperative to:

“involve at-risk communities of all kinds in debate about how to manage the hazards associated with a second wave of the disease in Africa, based on diligent backward contact tracing undertaken while disease circulation remains relatively low. The time to do this work is now.”

Only with such engagement and supported by effective testing – as was the case with Ebola in West Africa – will people shift practices, perhaps in quite subtle ways, to prevent disease spreading. The blunt tool of lockdowns and generic health messaging may be increasingly ineffective in a second wave, and more attuned responses will be needed.

Dangers at the borders

As colleagues said, “people are fed up with lockdowns, they don’t know why they are happening”. In the last period, things had got back to a (sort of) normal. Or at least people had found ways of managing the restrictions. Businesses had been re-established, markets had reopened, people were moving about (even if paying bribes to the police at roadblocks), funerals were being held with numbers way beyond the stipulated number, schools were open and mask wearing had become much more casual. The announcement of a new harsh lockdown has been met with dread. People remember the first major lockdown from late March, and cannot afford to return to that situation of extreme hardship.

But notes of caution also come from the border areas, especially in the last weeks. Over the festive period there have been a huge number of returnees from South Africa wanting to visit their relatives and rural homes. The massive queues at the border posts, with traffic jams of 20km or more have been widely reported. Traffic disruption has also occurred further away as police check for COVID test certificates among motorists and truckers.

As we have observed in previous blogs, migrants have invested in their rural homes during the pandemic, and have opened up fields, moving members of their families to these homes and away from towns in Zimbabwe or South Africa. Some villagers have been complaining that grazing areas are becoming short as so much land once fallow (and so available for grazing) has been ploughed this year, spurred on by the very good rains. There is now more movement and mixing with migrants from elsewhere, and especially around holiday times.

With the main border posts highly congested, others have resorted to illegal crossings. The Limpopo is flowing due to plentiful rains and normal crossings on foot are not passable. Boat operators have sprung up using large inflatables, with crossings costing Rand 200 per head. Huge numbers of people cross each day – around 150 per boat – along with goods and supplies, and sometimes even vehicles. Soldiers and border security forces are paid off, and a lucrative transport business has emerged, alongside other activities including supplying food to travellers. These crossings are taken by those without the full paperwork and who cannot pay for the U$50 cost of a COVID test. No doubt viruses along with people and goods are being imported too.

To date, the rural areas of Zimbabwe have yet to experience the direct impact of the disease, and only the consequences of lockdowns. This may yet change. In the coming weeks, we will continue to monitor the situation in our study areas. How will they cope with the new lockdowns? Will the second wave hit the rural areas this time? What strategies are being used to respond locally, with they remain effective even with greater transmissibility of the virus? Before the next update report, next week the blog will look more broadly at the debate about lockdowns and their politics.

Thanks to the team from Mvurwi, Gutu, Masvingo, Matobo and Mwenezi.