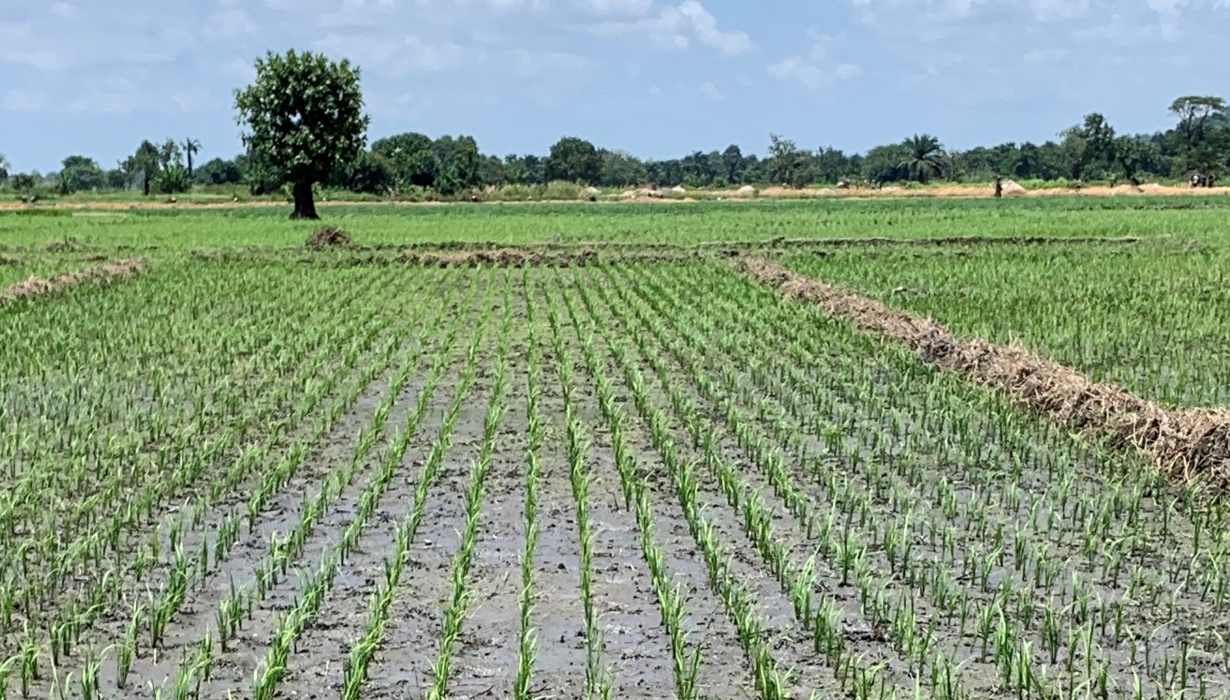 This blog is closely linked to Working Paper 30: Does Rice Commercialisation Impact on Livelihood? Experience from Mngeta in Kilombero District, Tanzania. Access it, for free, here.

“SRI changed my life, now I see a brighter future ahead for me and my entire family.”

Anita is considered one among the best performing Sustainable Rice Intensification SRI farmers, not only in her village of Njage, but also in her entire district in Tanzania.   For this reason, she has been invited to participate in national and zonal agricultural shows to share her experience with other farmers.  She has also shared her experience and taught more than 100 other farmers in Njage and neighbouring Mkusi village regarding SRI practices that produce the best results in terms of yield.  She is always ready to help others to also succeed.  In the irrigation scheme where she is a member, some farmers simply observe and learn from her experience.

Anita’s achievement has been a journey of more than ten years adapting improved rice agronomic practices.  Anita and her husband moved into Njage village in 1999 and purchased 2.5 acres (about 1 hectare) for rice production.

Anita’s paddy yield improved but a breakthrough came in 2016 after attending training at Ilonga research station in Kilosa district, where she received an updated menu of SRI technologies.  The most important practices were identified as;

Using herbicides in combination with ox-plough and power tillers has made land preparation easier relying solely on the hand hoe.  Now, timely application of herbicides and water control in and out of the rice fields make complementary hand weeding quite light and manageable, and has enabled farmers to expand their farms more easily.

After receiving training in 2016, Anita practiced what she had learned. Initially,  her friends and family were baffled that she planted young rice seedlings at such a wide spacing – usually farmers plant rice at very close spacing to get more plants per unit area.  But Anita ignored the critics and chose an optimum spacing of 25 by 25 cm (as opposed to 30 by 30 or 20 by 20).  After the first year of implementing SRI technologies she harvested 45 bags of paddy per acre (equivalent to about 11 tons/ha).  Due to poor rainfall, in 2018 she only reaped 30 – 35 bags/acre (equivalent to about 7.5 – 9.6 tons/ha), but still above average.  To maintain such a high level of productivity, her family limits the planted area to only four acres so that farm operations are manageable.  They rent out the rest of their land to other villagers.

“We have enough stock of paddy to even share with family and friends when we go to visit back in Njombe region or when they visit us.”

The role of irrigation

Anita and her family have benefited from increased food security, better education and expansion of their house and other businesses. Anita has benefited because she is part of an irrigation scheme, where SRI technologies are optimised, as water in and out of the rice plots can be controlled Her husband, Fredirik Ndikwege, is the current chairperson of the water user group at the Njage irrigation scheme.  He says that over 90% of the farmers in the scheme plant the improved SARO seed, previously shunned by farmers due to a low preference by traders. But higher yield outweighs lower prices offered at harvest.  The demand for SARO seed this year was so high that input suppliers ran out of seed.  More than 80% of the farmers at Njage have embraced at least one or more of the SRI technologies and the adoption rate is rising, as latecomers to the scheme observe their neighbours’ higher yields.

According to Mr Ndikwege, the irrigation infrastructure began in 1987 as a traditional scheme  – a low cost irrigation structure made by smallholder farmers with little or no external support.  In 1992, the users established local distribution points.  Since 2005 the scheme has benefited from various funding sources to improve the canals.

Through current World Bank financing, 11 kilometres of irrigation canal will be constructed, including 3 large canals, 7 kilometres of farm roads and 10 kilometres of feeder roads.  Once completed the scheme will irrigate 375 hectares, benefiting 350 farmers.  About 85% of the farmers in Njage village depend on this irrigation scheme.  Mr Ndikwege notes that 95% of farmers in the irrigation scheme plant SARO, 90% adopting line planting.  Spacing has a lower adoption rate, but this is increasing. Among irrigation schemes that are supported under the Expanded Rice Production Programme (ERPP), Njage ranks second in terms of resources invested and yield produced.  In 2018, scheme members achieved an average rice yield of 5.1 tons/ha.

Through World Bank financing, a warehouse, has also been constructed in the village, capable of storing up to 150,000 tons of paddy.  A rice mill, which was secured through a grant from the Food and Agriculture Organization (FAO), is awaiting installation.

The future looks bright for Anita and other rice farmers in Njage village.  However, adequate preparation is required to ensure that strong institutional and management structures are in place before the upcoming harvest. The facilities at Njage will be competing with private millers within the village and from neighbouring villages for paddy storage and milling services.  It is important to learn from these private millers and improve upon their operational and management systems so that there will be incentives for farmers to choose this warehouse and mill facility rather than facilities of competitors in the neighbourhood.

For our blog on how Njage farmers are preparing to take rice commercialisation to the next level, click here.