Do those not enrolled in Fairtrade arrangements in Malawi still benefit? (2) 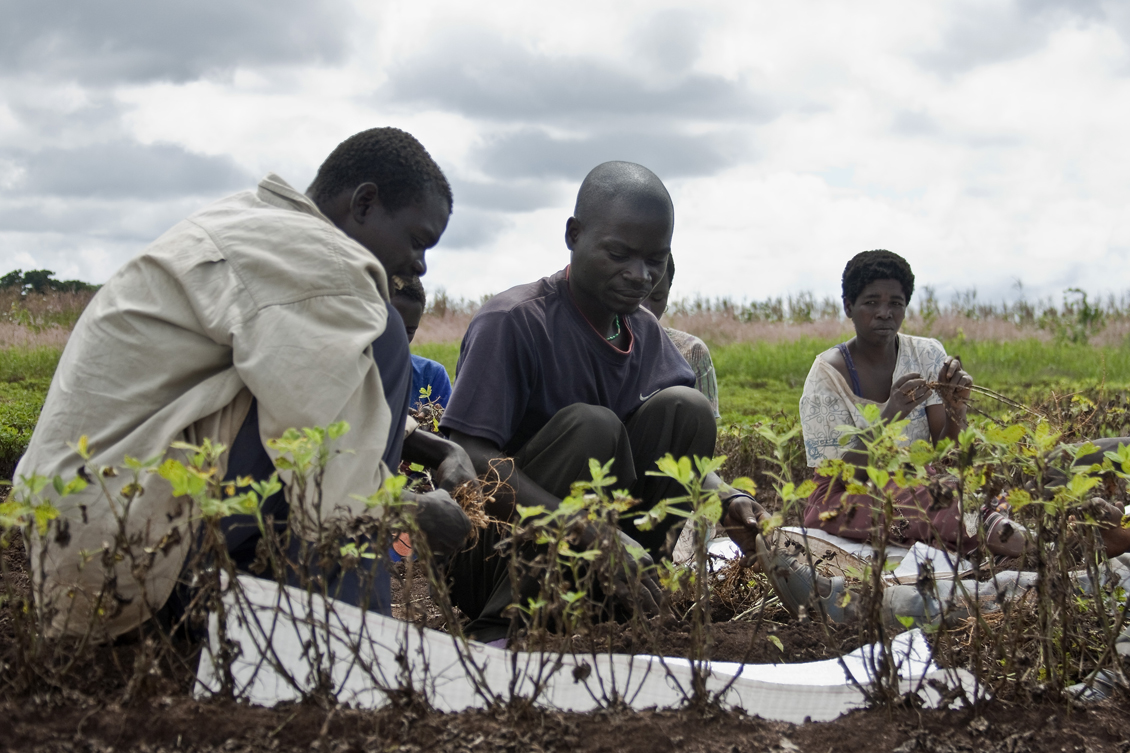 In the second of a two-part blog series, APRA researcher Stevier Kaiyatsa examines the Fairtrade groundnut arrangement in Mchinji, Malawi, and asks whether farmers not enrolled it still benefit?

For part one on whether smallholder farmers in Malawi benefit from selling their goods small-scale traders in rural markets, click here.

This blog is based on APRA Working Paper 40. Access it, for free, here.

Government-led or development partners-led input support programs (i.e. programs that improve smallholder farmers’ access to productivity enhancing inputs such as improved seeds and inorganic fertilisers, promote private delivery of inputs, increase crop production and improve farm incomes and food security) have recently become popular in many developing countries to increase farmers’ access to modern inputs and permit them to produce market surpluses. Usually, government-led input support programs target the production of staple crops such as maize and rice while development partners-led programs target the production of high valued crops such as root tubers, legumes, and horticultural crops. Some of the programs that development partners support also link farmers to the export markets.

During implementation of the Fairtrade arrangement, MASFA received support that is not limited to capacity building, improved seed varieties (CG7), extension services, and introduced to cheaper ways of detecting and controlling the problem of aflatoxin (a toxin found on crops such as maize). Fairtrade has a set of standards, allowing consumers to pay a premium price the same or higher than the usual product price. The farmer organisations decide democratically on how to utilise the premiums for community projects. Traceability of products along the supply chain ensures that producers are compliant with economic, social and environmental standards for Fairtrade. Products are retuned if farmer organisations do not comply with economic, social and environmental standards for Fairtrade. MASFA sold its groundnuts through the Fairtrade arrangement to United Kingdom (UK) from 2007 to 2011.

As the market channel for farmers not part of the arrangement were small-scale traders, and that farmers do not know the prices offered by traders before cultivating, the authors anticipated a farmer to cultivate a particular crop, or more than one crop, based on their access to inputs, agronomic technical expertise, and expected output prices. Thus, the spillover benefits from the groundnuts Fairtrade arrangement are expected to improve the human capital of smallholder farmers that were not part of the arrangement, which allowed them to increase their market surpluses for crops that were produced

The authors use two waves of panel data from Malawi’s central districts of Mchinji and Ntchisi where groundnut production is concentrated. The first wave of the data is from a study conducted by School of Oriental and African Studies (SOAS) in collaboration with the National Statistical Office (NSO) to evaluate the 2006/07 Farm Input Subsidy Programme (FISP) in Malawi. The second wave was collected as part of longitudinal tracker study for the Agricultural Policy Research in Africa (APRA) research project that explores pathways to agricultural commercialisation and livelihood trajectories. The authors estimate a difference-in-differences (DD) model to explicitly test whether the groundnuts Fairtrade arrangement has spillover effects on commercialisation intensity for smallholder farmers that were not part of the program in Mchinji district versus those in Ntchisi district. The study uses the 2006/07 data as a baseline (i.e. the year before MASFA started selling its groundnuts through NASFAM to UK) and the 2017/18 data as a post treatment year (i.e. the year after Twin Trading stopped importing MASFA’s groundnuts into UK). A household commercialisation index (HCI) that Strasberg et al. (1999) was also used by the paper, developed as a measure of household commercialisation intensity, given that some farmers produced and sold more than one crop such as groundnuts, beans, maize, soya beans, and tobacco.