Do farmers benefit when they sell to small-scale traders in the rural market in Malawi? (1) 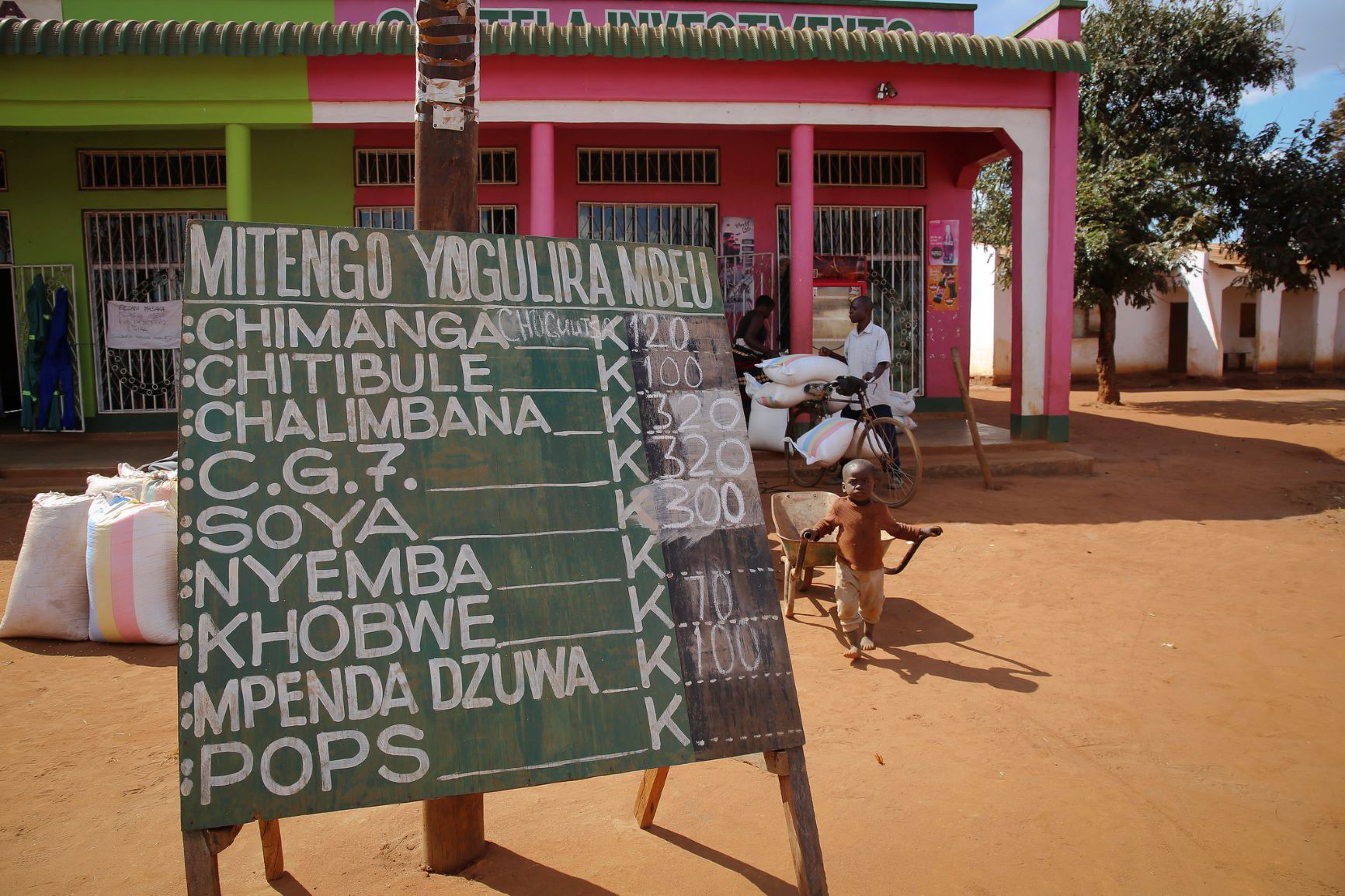 In the first of a two-part blog series, APRA researcher Stevier Kaiyatsa examines new APRA research and determines whether smallholder farmers in Malawi that operate in isolation benefit from selling their agricultural produce to the small-scale traders in rural markets.

This blog is linked to APRA Working Paper 40. Access it, for free, here.

It is widely recognised that promoting smallholder agricultural commercialisation is key to reduce rural poverty in Sub-Saharan African countries. However, low yields emanating from limited use of modern inputs such as improved seeds and inorganic fertilisers prevent most smallholder farmers from participating in the output markets. In a liberalised market environment, smallholder farmers have several market options to sell their agricultural outputs. They may sell to the National Association of Smallholder Farmers of Malawi (NASFAM), small-scale or large-scale traders, processors, or enter into contract farming arrangements with seed growers. Smallholder farmers that are part of a producer  organisations,  such as a farmers’ club, association, and cooperative may have access to stable markets and better prices because they stock substantial quantities of farm commodities that may attract large-scale traders, processors, NASFAM, and seed growers. The stable markets and better prices may strengthen farmer organisationsis and improve the living standards of its members. Conversely, smallholder farmers that operate in isolation produce smaller quantities that may be geographically dispersed and attract operations of small-scale traders that penetrate the rural remote areas.

The Government of Malawi through the Ministry of Agriculture, Irrigation, and Water Development (MoAIWD) sets minimum farm gate prices for major agricultural commodities such as beans, cassava, groundnuts, maize and rice at the onset of each season to regulate grain prices and protect farmers from exploitation by traders. The MoAIWD base the minimum prices on historical monthly prices that are collected across the country in 72 markets. The traders are supposed to purchase agricultural commodities from smallholder farmers at or above the set minimum farm gate prices. However, the government does not enforce the minimum farm gate prices; as such, most traders do not comply. Evidence indicates that the purchasing prices that traders use are below the official farm gate prices by about two-thirds. Further, most traders use unstandardised equipment (i.e. weighing scales) to purchase from smallholder farmers, which rips off farmers’ income.

Kaiyatsa, Matita, Chirwa, and Mazalale (2020) assessed whether smallholder farmers that operate in isolation benefit from selling their agricultural produce to the small-scale traders in rural markets. The authors use two waves of panel data from Malawi’s central districts of Mchinji and Ntchisi where groundnut production is concentrated. The first wave of the data comes from the study that the School of Oriental and African Studies (SOAS) in collaboration with the National Statistical Office (NSO) conducted to evaluate the 2006/07 Farm Input Subsidy Programme (FISP) in Malawi. The second wave was collected as part of longitudinal tracker study for the Agricultural Policy Research in Africa (APRA) research project that explores pathways to agricultural commercialisation and livelihood trajectories. The authors apply a fixed effects regression model (where model parameters are fixed or non-random quantities) to test whether agricultural commercialisation intensity improve household welfare for smallholder farmers comparing Mchinji and Ntchisi districts. The authors use crop income and value of household assets as measures of welfare.

The authors find that within a span of 10 years crop income for smallholder farmers that sell to small-scale traders marginally improved by MK11 917 (US$16.41), on average. However, there was no improvement in their value of assets. The authors attributed the marginal improvement in crop income, and not in the value of assets, to poor prices that small-scale traders use to purchase agricultural commodities from smallholder farmers that produce smaller quantities in isolation. Based on these findings, the authors recommended promotion of collective marketing among smallholder farmers to improve their bargaining power and attract penetration of large-scale traders that buy in large quantities and offer better prices in the rural areas. Further, linking smallholder farmers to financial and credit institutions would enhance their access and use of improved farm inputs, which will allow them to produce greater market surpluses.