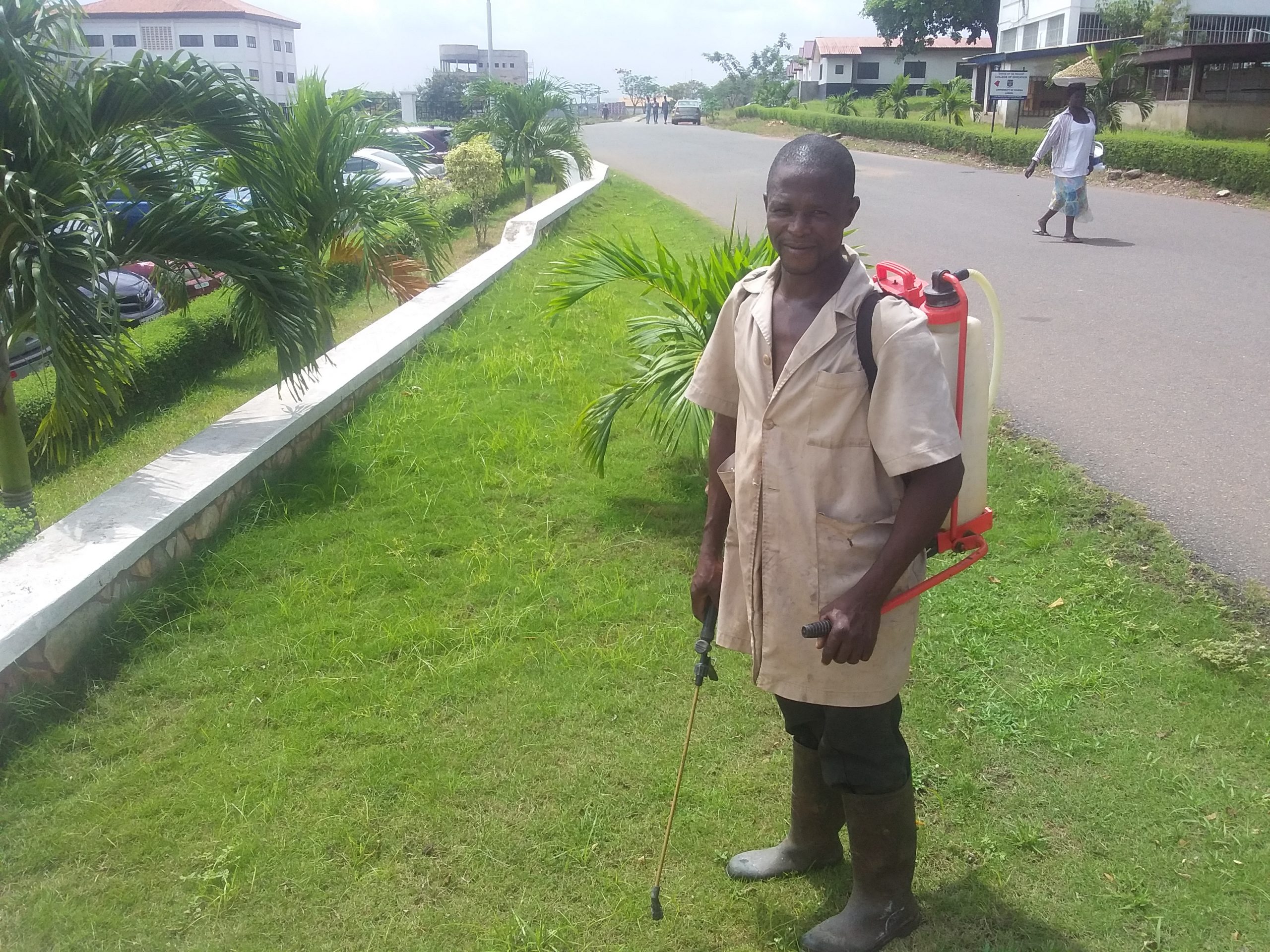 A gardener with his knack sack sprayer at the Institute of Statistical, Social and Economic Research, University of Ghana [Photo credit: Louis Hodey]

Patterns and dimensions of agricultural commercialisation in Ghana and Nigeria

Dynamics of poverty in Ghana and Nigeria

Between Ghana and Nigeria, the incidence of poverty followed diverse paths. While Ghana reported a decline in poverty incidence from 24.2% to 23.4% between 2013 and 2017, Nigeria reported a rise in poverty incidence from 40.5% in 2010 to 47.7% in 2015. Most importantly, we observed some spatial dynamics to changes in poverty across regions and zones in Ghana and Nigeria. First, although Ghana reported overall decline in poverty between 2013 and 2017, five of the country’s administrative regions – Western, Upper West, Volta, Upper East, and Northern regions – posted increases in the incidence of poverty; with the highest increases reported by the Upper East (10.4%) and Northern (10.7%) regions. Among the regions that experienced a decline in poverty, the Eastern (9.1%) and Central (5.1%) regions recorded the highest reductions in poverty rates. Second, two zones in Nigeria – South East and South South zones – posted declines in poverty, notwithstanding the overall rise in the national poverty rates. More specifically, the South South zone recorded the highest decline in poverty (7.3%), while the North East (20.5%), North West (17.5%), and North Central (12.3%) zones reported the highest increases in poverty over the 2010-2015 period.

A common trend in the dynamics of poverty between Ghana and Nigeria is the concentration of poverty incidence in the northern parts of the countries. Again, poverty remains largely a rural phenomenon in these two West African countries.

Drivers of agricultural commercialisation in Ghana and Nigeria

These heterogenous results in patterns and drivers of commercialisation suggest that, to ensure the promotion of inclusive agricultural commercialisation, policies must embrace a comprehensive approach that aims to tackle bottlenecks at different levels – including geographical and gender dimensions. Thus, the design of interventions should be better targeted to capacity building measures (such as training of farmers on commercial agriculture and enhancing their access to credit and input markets) which address these differences and protect households against any risks from commercialisation.