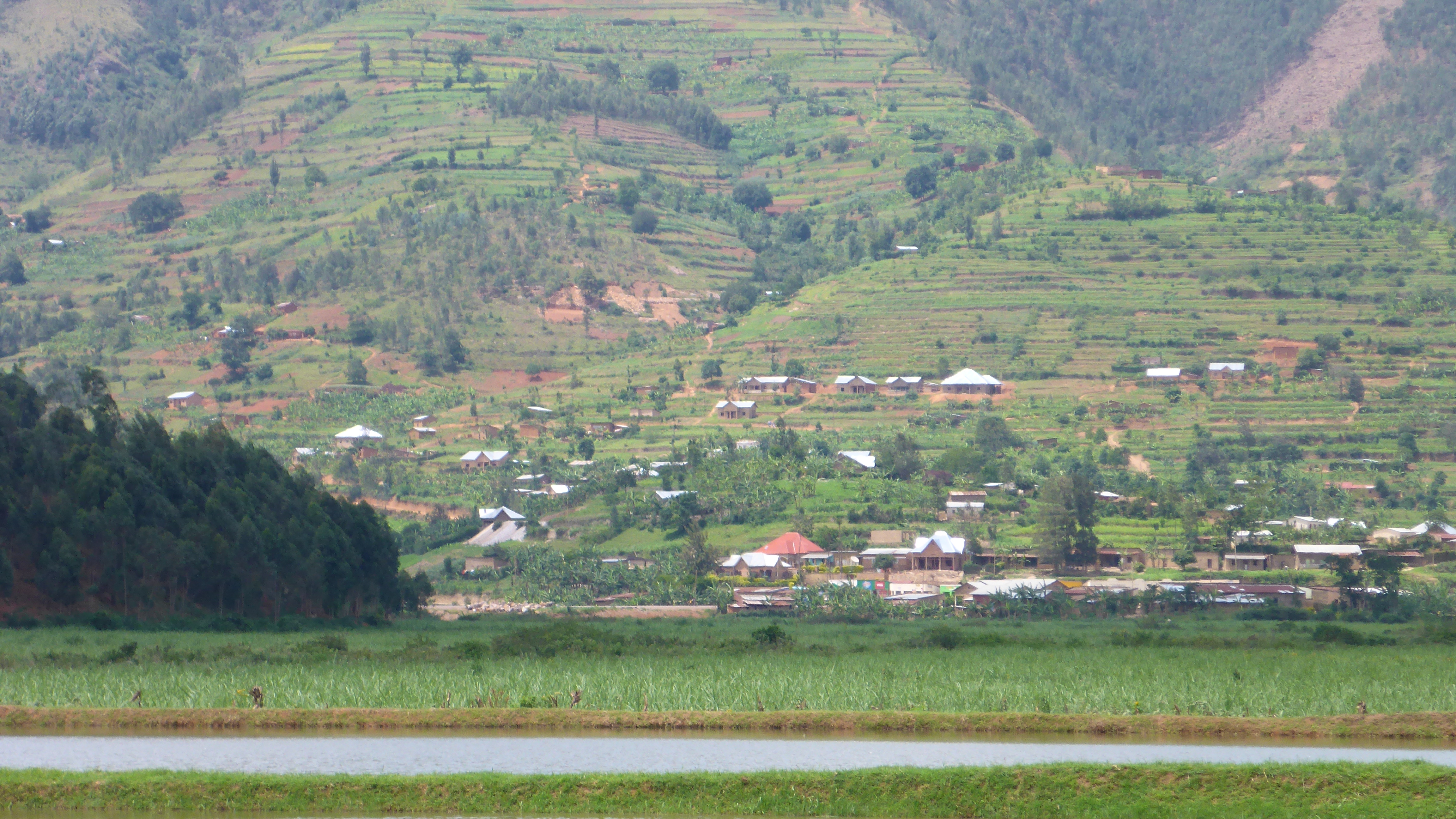 In Jeffrey Herbst’s seminal book, States and Power in Africa: Comparative Lessons in Authority and Control, African states and local traditional authorities are struggling over control of land.  Herbst’s prescient observation, written in 2000, continues to unfold in dramatic ways today.  Traditional authorities, historically the custodians of customary land, are selling it to those with money and influence, transferring an unknown but certainly large amount of land from future generations of rural-born people to investors, speculators, and state-led projects.  For example, while it continues to be widely reported that 94% of Zambia’s rural lands are under customary tenure as it was at independence, a recent article estimates that it is only 54% today due to massive reallocations of customary land by chiefs to individuals with private tenure.

Are traditional authorities selling off land they control now because of growing signs – in the form of land bills, for example – that states are trying to wrest control of their land?  While it is difficult to clearly establish whether chiefs are selling off land to urban based investors, rural elites, and even successful smallholder farmers for fear of eventual government regulations transferring land allocation powers to the state, this is certainly a plausible premise in light of the fact that the state has already dispossessed traditional authorities of the land they used to control in a number of African countries.

The result of such under-the-radar land reallocations is that the landscape of African agriculture is rapidly changing.  In many African countries, it is no longer true that the vast majority of farmland is under small-scale farms.  The national shares of area under cultivation and the value of marketed crop output from medium-scale farms of 5 to 100 hectare have grown rapidly over the past decade (Figure 1).  In Ghana, for example, the share of national cropped area under medium-scale farms rose from 25% to 48% over the past twenty years, and medium-scale farms now account for over half of all nationally marketed oilseeds and horticultural crops. This is not happening everywhere.  In densely populated countries such as Rwanda and Uganda, the expansion of medium-scale farms is proceeding slowly.

African states seem to be generally supportive of such changes.  They are keen to increase food production and marketed farm output to feed their rapidly swelling cities and reduce dependence on food imports.  Putting land into the hands of capitalized, educated, and entrepreneurial African farmers supports this objective.  Medium-scale farms are attracting major new private investment by input suppliers that improve market access conditions for nearby smallholders.  Farming areas with a high concentration of medium-scale farms attract greater investment by large-scale grain buyers.  In Tanzania, small-scale farms are much more likely to rent mechanisation services in areas with a high concentration of medium-scale farms.  Other evidence from Tanzania indicates that smallholder household incomes are positively and significantly associated with the share of land in the district controlled by 5-10 hectare farms, after controlling for market access, rainfall, and other local conditions.

However, there are warning signs as well.  The acquisition of land by outside investors certainly reduces the stock of land under customary tenure that will be accessible to current and future generations of local people.  As traditional authorities sell off land to outside investors based on willingness to pay criteria, their actions are raising the price of land, making it more difficult for young people to acquire land, and raising the likelihood that they will exit farming and migrate out of the area.  The rise of land markets is creating a new class of landless workers in Africa, who sell their land informally to others, and become dependent on the local non-farm economy for their livelihoods.

Given the scale of the acquisitions, a major question is how investor farmers are viewed by those in customary communities – as sources of economic dynamism and employment or as exploiter?  Historically, the nature of land conflicts in Africa centers on dynamics between autochthonous members of a community (i.e., those with a real or mythic link to a community’s original inhabitants or settlers) and strangers, or newcomers.  As with emergent investor farmers, strangers have been attracted to certain lands because of their commercialisation potential (e.g., cocoa in Ghana and Cote d’Ivoire; rice in Tanzania; and maize in Zambia). Conflicts with long-established customary communities would invariably follow. However, security at the national level depended on whether the central government consistently favoured autochthonous communities or the stranger, newcomers. An open question is how the emergent investor farmer phenomenon maps onto these well-documented dynamics across Africa.  Will African investor farmers be regarded as strangers with marginal familial and social connection to local communities?  Whom will African governments favour in a context of rising land scarcity and palpable tenure insecurity?

A major policy question for African governments and international development partners concerns the future role of smallholder farms in Africa.  While opinions are divided, our interpretation of available evidence is that governments must focus explicitly on promoting the productivity of smallholder farms to achieve agricultural and economic transformation with poverty reduction.  Inclusive forms of rural income growth are likely to accelerate the pace and equity of structural transformation processes.  Where competition for land is not intense, new investment in medium-scale farms can be a powerful source of economic dynamism, attracting private sector investments in input and output markets that improve market access conditions and the commercialisation potential of small-scale farms.  In such areas, questions of “either/or” might be somewhat misplaced.

However, in densely populated areas where small-scale farms predominate and where there remains limited additional land for area expansion, the priority is clear:  focus on promoting the productive potential of small farms, realizing that success in this endeavour will lead to progressive movements of individuals and households out of farming and into off-farm jobs as part of the structural transformation process.  In short, a successful smallholder-led agricultural strategy will result in a declining share of the labour force in farming over time.

Our view about the role of medium-scale farms is that they should be allowed to develop under a land tenure policy that does not conflict with land tenure security of indigenous rural people or foreclose area expansion opportunities for small-scale farm households. Medium-scale farms appear to be a source of rural dynamism as long as they are not displacing indigenous rural people in the process.  Land registration and certification procedures – in sync with customary social norms and institutions – will be needed to provide such protection.

Many African governments, sometimes unwittingly, are already making decisions about which scale of farming to promote by their land policies and agricultural sector expenditures.  Rather than investing in infrastructure, technologies and extension services that benefits all farmers large and small, many public expenditures are being captured by farms that produce and sell the most – which means a bias toward larger farms.   In Zambia, for example, about 50% of the government’s agricultural budget goes into subsidy programs benefitting the most privileged 5% of farmers. Similarly, government preoccupation with clearing the way for land market transactions, despite extensive rhetoric to the contrary, is largely focused on trying to create ways for large investors to gain access to land.  Inclusive forms of rural transformation will require greater attention to supporting smallholder farms even as larger farms gain greater traction in the region.

We believe that a small-scale farm-led agricultural transformation strategy could have succeeded, and could still succeed in parts of Africa, as it did in much of Asia, provided that African governments provide sustained support for smallholders through policies and public expenditures targeted toward them.  Ethiopia and Rwanda appear to be pursuing such a strategy with reasonable success, but it is difficult to identify many other African governments that have demonstrated a sustained commitment to smallholder-led development.  Consequently, we are likely to see the face of African agriculture continue to be slowly re-shaped toward medium- and large-scale activities.

This blog summarises work from a forthcoming APRA Workstream 3 report on Changes in Farm Size Distributions in Sub-Saharan Africa.

Jayne and Muyanga are professors in the Department of Agricultural, Food and Resource Economics at Michigan State University and members of the APRA team.  Stevens is USAID’s Land and Resource Governance Advisor.