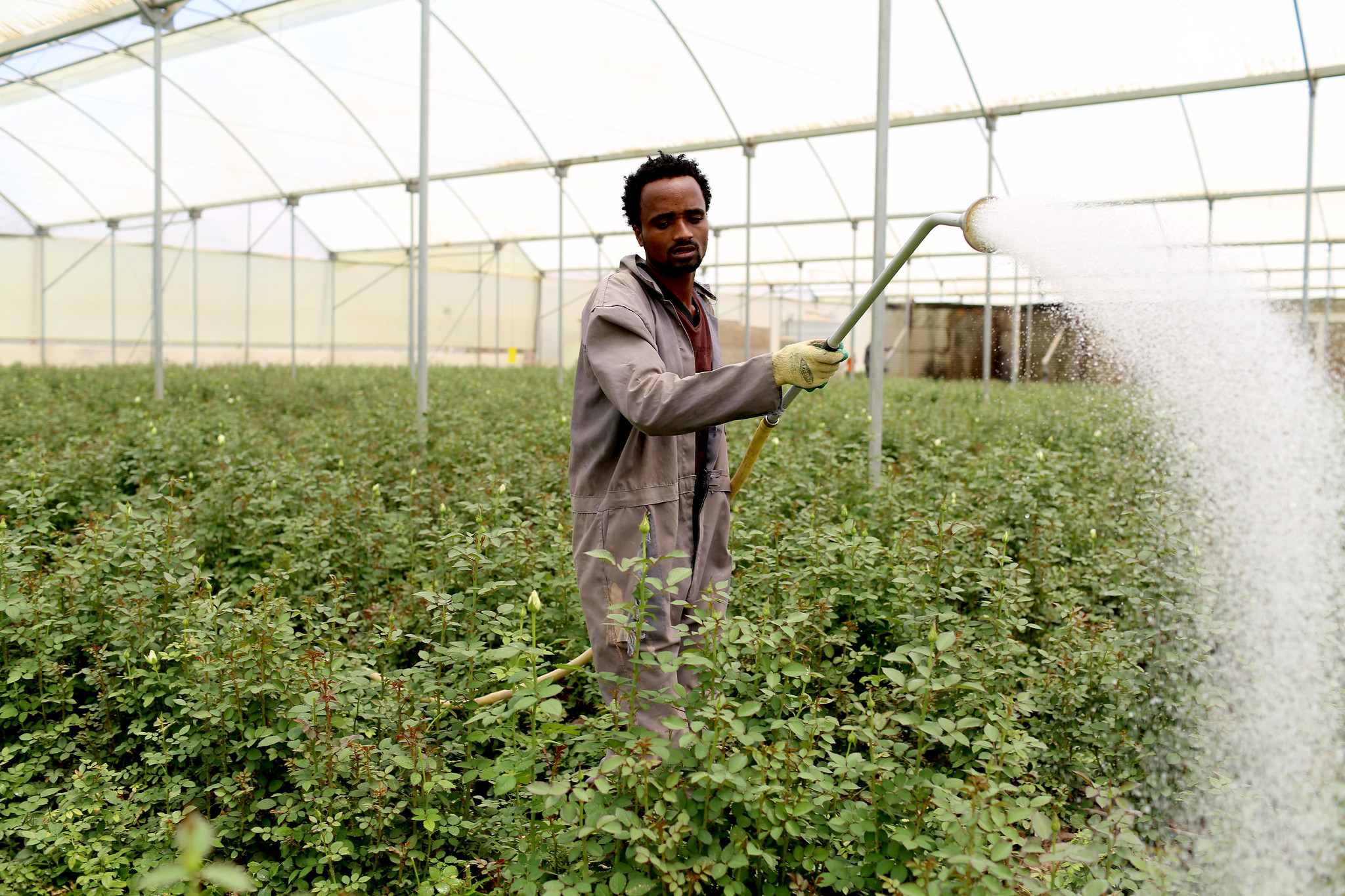 The underlying causes of the ethnic and religious conflicts in Ethiopia have had little space for discourse. This blog [1] is aimed at reminding academics, researchers, extension workers and other development practitioners not to be distracted by the on-going events and to continue to foster dialogue around agricultural and rural development issues.[2]

Furthermore, over 80% of Ethiopians live in rural areas and rely on agriculture for their livelihood, allowing considerable scope for job creation in rural Ethiopia along the agriculture and non-agriculture value chains. Therefore, it is too early to re-direct resources from agriculture, as suggested by some promoters of urbanisation.

In 2009, the government of Ethiopia commissioned a review of the sector which identified systemic bottlenecks and recommended the establishment of the Agricultural Transformation Agency (ATA) with a mandate to support Ministry of Agriculture (MoA) to lead transformation of the sector. ATA has recorded notable achievements. First, it implemented a nationwide soil mapping project that identified nutrient gaps of the soil and led to a major shift from blanket application of urea and diammonium phosphate (DAP) to local fertiliser blending of the most suitable fertilisers for the soil type. Second, it implemented row planting techniques for indigenous crops such as Teff which is adopted by over 3 million farmers. Third, it introduced Agricultural Commercialisation Clusters. The agency also developed strategies for various sub-sectors such as cooperatives, agricultural mechanisation, rural finance, and seeds.

However, according to Zewdie, et.al (2014)[3]; Diriba and Man (2019), ATA has moved away from its mandate of supporting to direct implementation of projects such as those previously listed. This has become the source of discontent among stakeholders in the sector most notably MoA. They argued that transformation is beyond a single agency mandate and the reform of MoA should have been given a priority. Hence, the need for building a “bigger tent” for transforming agriculture.

Connectivity and energy are critical to rural transformation. Connectivity is being improved through infrastructure development (one of five pro-poor sectors along with agriculture, education, health and water). However, the rural sector lags behind in the energy sector, even with continued investment in hydroelectric dams, wind and solar energy. Rural access to electricity is 26.5% but access to clean fuels and technologies for cooking is only 3.51%. This is despite the wide range of energy options available, such as hydropower, solar, biomass, wind, geothermal and fossil fuels. In terms of access to ICT, only 50% of Ethiopians have access to mobile telephone and 15.4% to internet access.

The government has used public resources to build more than 20 industrial parks and invited both foreign and local investors to rent sheds to produce textile, leather and other products, offering loans of up to 80% of the required capital. The majority are engaged in textile with imported cotton.

It is misleading to use the decline in the share of agriculture in GDP as indicator of transformation. Agriculture has not yet reached a point where labour productivity is so high that additional labour is not welcome. In a series of regional consultations for Future Agricultures Consortium (2006-2007), it was found that agriculture labour was under considerable pressure from ageing, chronic and acute diseases, and under-nutrition. Expansion of education also offered other options outside of agriculture, thereby contributing to labour constraints. Since the manufacturing sector is not sufficiently developed to absorb migrating labour, focus should be on creating rural jobs (both on and off-farm) for the emerging young workforce.

Therefore, I would argue that the right indicators of rural transformation include, but is not limited to (i) increased labour/land productivity to compensate for the loss of labour and land to other sectors; (ii) reduced dependence on rain and ability to withstand shocks (drought, market volatility); (iii) increased use of modern techniques and ideas relevant to the scale of farm; (iv) climate smart and gender sensitive agriculture; (v) ability to respond to market incentives; (vi) access to basic services (WASH, electricity, finance, insurance); (vii) high level of adult literacy; and (viii) independent farmers’ organisations that can stand for farmers’ rights.

Agriculture has not yet reached its full potential and should continue to be at the centre of investment and job creation. Some think tanks are advising donors to divert investment from agriculture to urbanisation – this is a very dangerous prospect. Instead, the investment climate in agriculture needs to improve and include regulatory frameworks that prevent investors from abandoning the farms after damaging the environment and abusing the fiscal incentives that they have been given. Agriculture transformation should be pursued, not just from a single-agency perspective but in a coordinated manner which includes agriculture, water, energy, education, health/nutrition and industry/manufacturing.

[1] The blog has benefited from comments during a seminar presentation at the Global Development Institute, School of Environment, Education and Development, Manchester University. I thank seminar participants and in particular Tom Lavers for creating the opportunity.

[2] The Ethiopian Economics Association, the Forum for Social Studies and The Ethiopian Academy of Sciences are a few platforms where such dialogue is fostered.