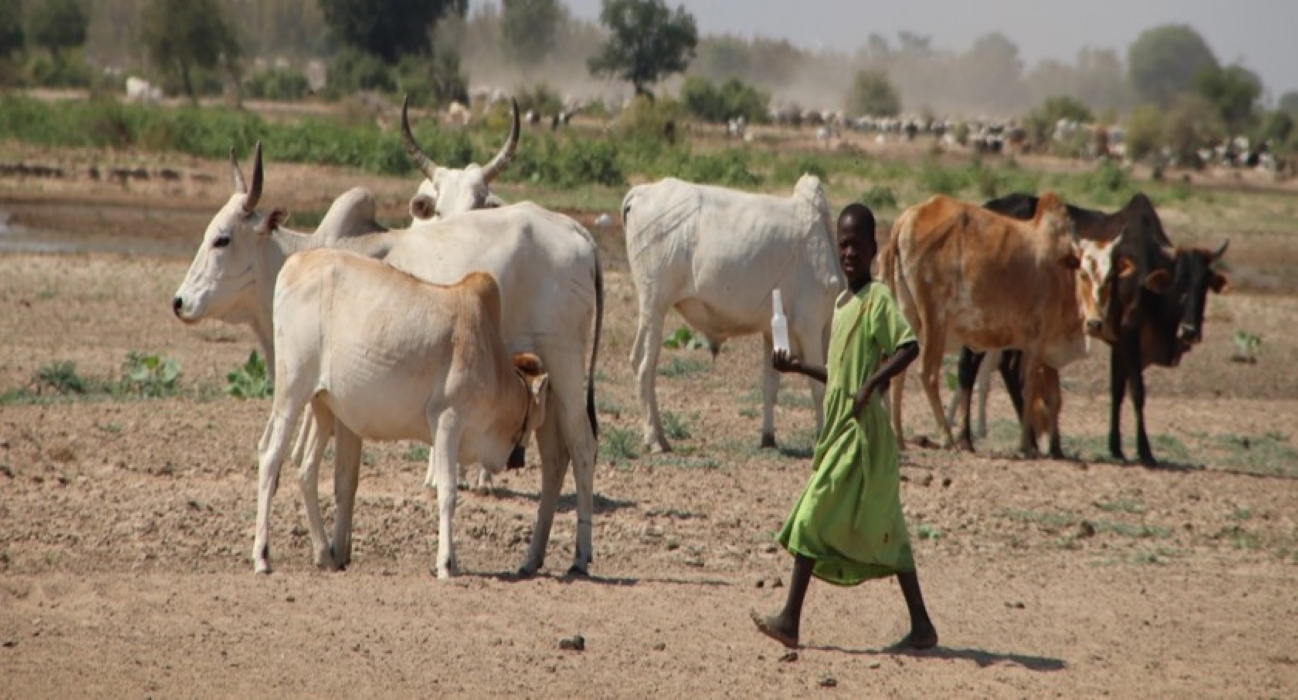 Commercialisation has long been considered a path out of poverty for farmers across Africa, as elsewhere in the global South; it is also increasingly seen as a means to strengthen farmers’ resilience to climate change. A study carried out in the semi-arid Singida Region, central Tanzania, asked how farm-level decisions affect current, as well as future, resilience to climate change. Findings reinforce that farmers are vulnerable to climate change but also have tremendous capacity. However, to be able to adapt and thrive, farmers need to be supported globally, as well as in Tanzania, which provides clear messages ahead of the forthcoming COP26.

Agriculture matters a great deal in the negotiations ahead of COP26. Why? Because, as a prime victim of climate change, the sector is a leading emitter. However, when climate-smart, the sector also provides critical mitigation potential. But what are the prospects for climate-resilient agricultural commercialisation that would benefit poor African farmers, particularly those pursuing livelihoods in fragile semi-arid drylands? Such an overarching question is addressed in a recent APRA study conducted in three villages (Dominiki, Kidaru and Luono) in Singida Region of the central semi-arid Tanzania. The study applied a mixed methodology involving qualitative and techniques – the later entailing metric commercialisation and vulnerability indices. The full report is under review and will be available soon.

A recent study in Tanzania, conducted by the Agricultural Policy Research in Africa (APRA) initiative, suggests that farmers are already changing strategies in response to climatic changes, and that there is scope to adapt and forge long-term resilience. At the same time, benefits to the poorest and most marginalised farmers, in particular, cannot be assumed; targeted efforts will need to be made to ensure that those who benefit are not those already better-off and better connected.

Semi-arid drylands are characterised by low and erratic rainfall coupled with high evapotranspiration – so tackling an uncertain climate is nothing new for farmers in these regions. However, recent climatic changes have led to new weather patterns that are increasingly overwhelming traditional dryland farming practices, thus re-shaping agro-enterprise mixes and farmers’ commercialisation choices.

In the face of climate change, dryland agrarian families are not in the same boat regarding commercialisation pathways and prospects. Many are marginalised due to having odds stacked against them in terms of resource access, political voice, and local market dynamics, amongst others.

Some key findings of the report include:

Social differences underpin both the limits and the opportunities to survive and thrive. The challenges, as well as the ability to benefit from any new opportunities that arise, are significantly divided by social differences such as gender, wealth, and age. Resource-poor farmers, in particular female-headed households that tend to be socially discriminated against, are particularly at risk from climate shocks and stressors; in some cases, socio-economically constructed differences may reinforce or increase the inequalities in resource access that already exist. For example, rising demand for land – which was ideal for growing onions – was associated with increasing rents to an unaffordable level for resource-poor farmers.

New surges in pests and diseases create major problems. Farmers reported that devastating rises in pest and disease incidence, which seems to be intricately linked with climatic and environmental changes, is the biggest concern for them, undermining their crop production and commercialisation potential.

Hard choices and increased risk of food security. Farmers have been making choices of crops and livestock species considering resilience, food security and income-generating potential of such enterprises. As the majority of farmers depend on food purchases to smooth consumption, particularly during bad years, families deprived of livestock assets and those less engaged in producing commercial crops were vulnerable to food insecurity.

COVID-19 fallout. While COVID-19 did not have serious health impacts in rural areas, related disruptions of trading systems affected some farmers in terms of poor market access and lower producer prices of their agricultural commodities. Commodities associated with global export and distant value chains driven by urban demand, such as sesame and cattle, were highly affected by COVID-19-related trade disruptions.

Volatility of global commodity prices of dryland crops a source of risk. Resilient dryland export crops such as cotton offer a resilient and profitable commercialisation pathway to African farmers. However, instability of global prices of such agricultural commodities transmits production uncertainty and vulnerability among farmers. Study findings highlighted, for example, that farmers in Kidaru village abandoned cotton for more than a decade when producer prices collapsed and resumed its production only recently when prices improved.

Access to, and control over, productive assets can help ameliorate climate change effects. Different vulnerable social groups, such as women and youth, were found to commercialise when society and families were granted equitable access, ownership, and control of productive resources.

Semi-arid areas are politically marginalised and hence ‘below the radar’ of central government. In African countries where drylands coexist with humid potential areas, governments’ long-standing viewpoints on semi-arid drylands as ‘marginal’ has left such areas disproportionately deprived of public investments in infrastructure such as community water reservoirs, dryland irrigation facilities, better rural roads, and market centres, which are critical for resilient commercialisation. To address such inequality requires governments to deliberately target public investments and focus on smart dryland development policies.

As Tanzanian semi-arid drylands host the majority of poor communities that rely on dryland agriculture to survive, fostering resilient commercialisation is critical for the delivery of inclusive and sustainable development.

So, what to do in the development and political economy contexts? Based on these headline findings, the report makes a number of recommendations for Tanzanian policymakers and development partners to support inclusive, profitable and resilient agricultural commercialisation while building the adaptive capacities and resilience of vulnerable dryland farming communities in Tanzania. Key recommendations include:

Finally, yet importantly, a generalised takeaway message in the African context for COP26: There are clear policy imperatives, as well as justice implications of the above, not only for Tanzania but for the global climate negotiations. Farmers across Africa – and indeed globally – are increasingly having to tackle challenges not of their own making. These critical study findings highlight that governments have a key role to play in tackling structural and governance-related barriers that hinder the poorest and most marginalised farmers from being able to move towards climate-resilient commercialisation.

For the forthcoming COP 26 climate negotiations, the findings reinforce the need for African governments to live up to inclusive policy goals and investment obligations towards sustainable development futures and adaptation, as well as to target this support to measures that aid the most vulnerable social groups – ensuring no one and no place is left behind in a climate-resilient future.