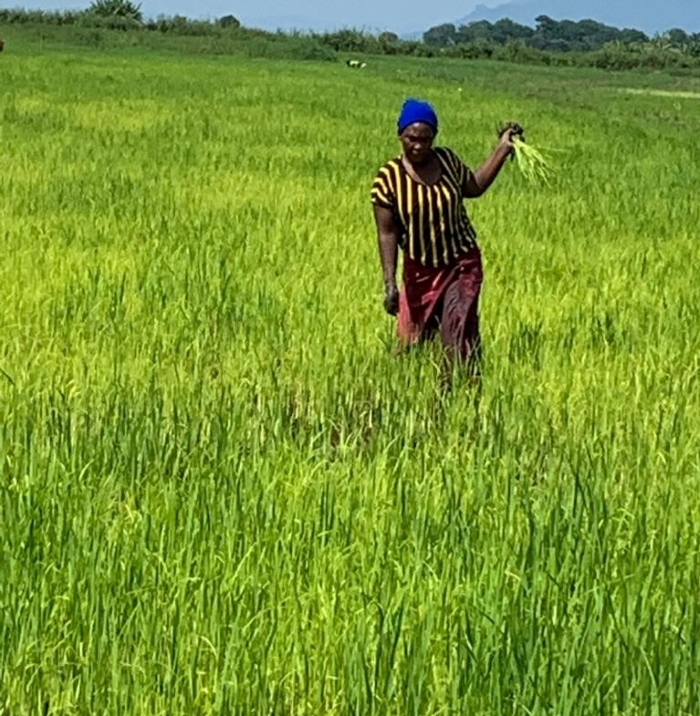 This blog explores the programmes implemented in Tanzania to promote rice commercialisation since the country’s independence in 1961, as found in the course of a recent APRA study for Working Paper 57, as well as their impact on different socio-economic groups. Specifically, this blog is about agricultural input subsidy programmes implemented since 1967 to support smallholder farmers as part of the ujamaa (“socialism”) model of economic development. It focuses on the National Input Voucher Scheme (NAIVS), the biggest agricultural input subsidy programme implemented in Tanzania.

The pan-territorial fertiliser pricing policy was introduced in the early 1970s as a response to intermittent food shortages (Geier 1995). The main objective of pan-territorial pricing was to encourage farmers in remote areas to produce more for the market by subsidising their transport costs in addition to the direct fertiliser subsidy provided to all farmers in the country. Through this policy, the government also hoped the income differentials between regions would decrease and equal regional development would be encouraged. Nevertheless, pan territorial pricing was found to be an inefficient way to promote production due to high transportation costs. Consequently, it was abolished in 1984 as part of the economic reforms under the Structural Adjustment Programme due to escalating government expenditure and criticism from donors that it was implemented at taxpayers’ expense.

NAIVS was introduced in the 2002/2003 farming season as a fertiliser subsidy in the four major maize-growing regions in the southern highlands of Tanzania, despite resistance from donors that subsidies are an inefficient way of spending taxpayers’ money. The subsidy was expanded to all regions in the country in 2005. Despite donor resistance to support subsidy programmes, the World Bank decided to support the input subsidy programme by expanding the fertiliser programme to cover both rice and maize-growing districts in the country, extending the subsidy to seeds, provided as a package with fertiliser for an acre of maize or rice through NAIVS (Minot and Benson 2009). However, the targeted smallholder farmers with 1 acre or less had to cover 50 per cent of the voucher cost up-front, which many of them were unable to do. The distribution of the voucher to the eligible smallholder farmers was entrusted to village voucher committee members and village leaders who were eligible for about 60 per cent of the vouchers allocated to the village. As a result, many of the vouchers remained with the village elite or ended up with wealthier medium/large-scale farmers who purchased vouchers from the smallholders when they were unable to generate the up-front costs.

In general, the input subsidy programme through input vouchers appeared attractive based on the argument that it would contribute to the development of input markets. The government decision to reintroduce the subsidy and the introduction of NAIVS to facilitate distribution of the inputs were well received by smallholder farmers because input provision was their most pressing problem in agriculture. However, political economists associated the pattern of reintroduction and expansion of the subsidy programme with political motives of the ruling party to win elections because they coincided with the 2005 and 2010 general elections. NAIVS was phased out in 2016 due to budgetary constraints. Instead of NAIVS, the government decided to enhance imported fertiliser procurement modalities through the bulk procurement system (BPS), coupled with indicative fertiliser prices, as strategies to reduce the price paid by farmers. The BPS began operating in 2017, but faces challenges including delays in supplying fertiliser to farmers, lack of availability of fertiliser in remote areas and failure to purchase fertiliser among smallholder farmers due lack of cash or credit.

Although NAIVS was designed for smallholder farmers with one acre of land or less, it benefitted the village elite who were allocated relatively large share of the vouchers for the village and medium/large-scale farmers who purchased vouchers from financially-constrained smallholder famers. This created a wider gap of fertiliser use between better-oﬀ medium/large scale farmers, resource poor and the village elite, leading to differences in rice yields, incomes, food security and poverty levels between the poor farmers (the losers) and better-off farmers (gainers).

Although NAIVS covered a large number of eligible smallholder farmers, it suffered from targeting inadequacies. As a result, NAIVS, which was intended to support resource poor smallholder farmers ended up benefitting resource rich medium/large-scale famers at the expense of taxpayers’ money. This suggests that policy interventions geared towards lowering the cost of agricultural inputs among smallholder farmers should be accompanied by a provision of credit to enable them to purchase inputs. The credit could be in the form of provision of inputs through farmer organisations during the planting season, and recover the credit through the same farmer organisations during the crop harvesting season.