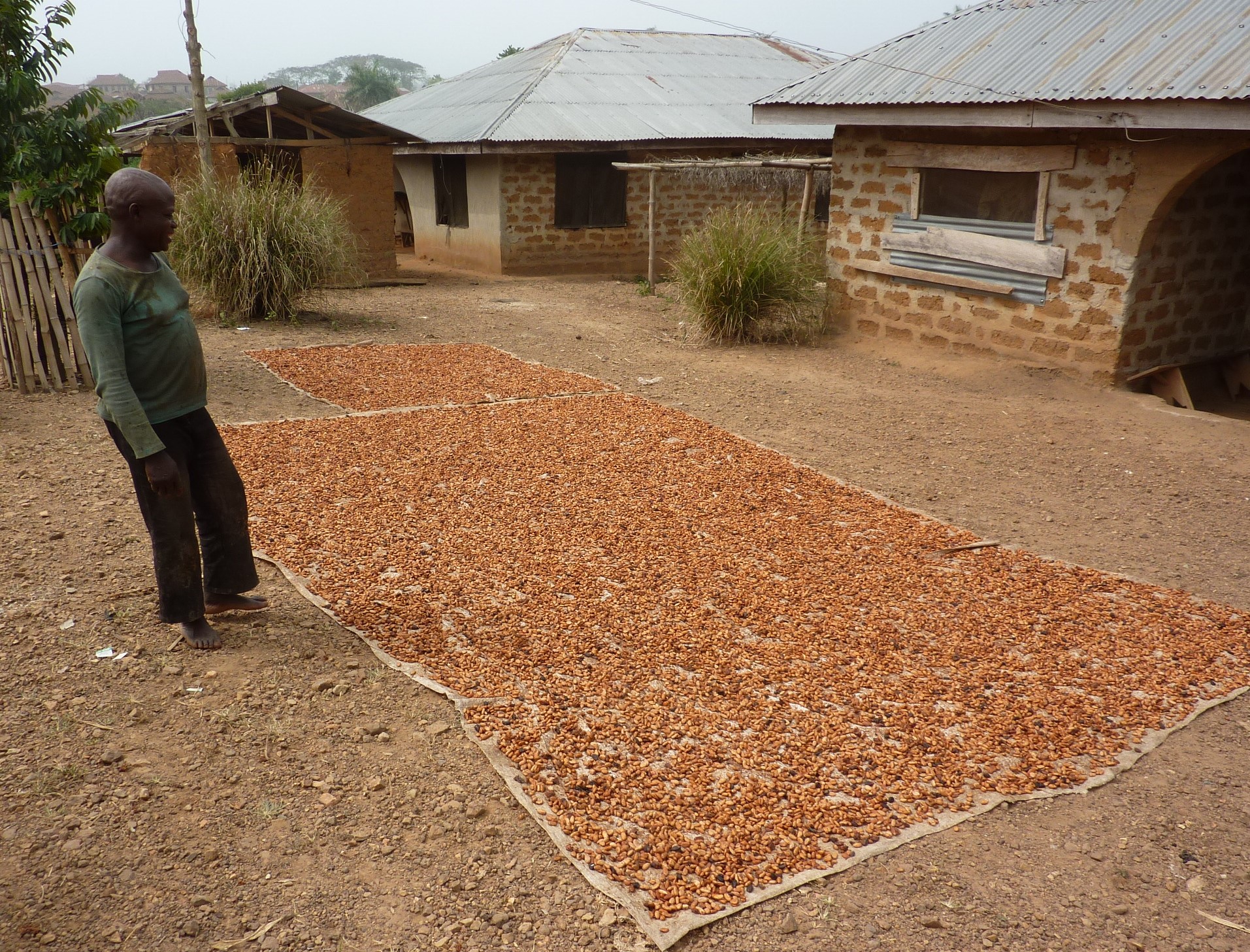 The Nigerian cocoa industry has seen a resurgence with the recognition of agriculture in national economic development. However, its level of growth, especially with regards to commercialisation has been limited. There have been reported cases of cocoa farms being sold to give way to other enterprises; at the same time, there have been reports of a rebound in cocoa activities across the country. The different scenarios have implications for the livelihood of cocoa farmers and their households. Based on this, this study examined the growth trajectories in the Nigerian cocoa sector.

The aim is to examine to what extent cocoa forms the livelihood patterns of the household, what degree of ‘stepping away’ there is from the cocoa sector; the extent of commercialisation, as well as the livelihood outcomes of household’s activities in the cocoa sector. An exploratory study of 50 cocoa farmers was carried out in Ondo State, the main cocoa producing state in Nigeria, using structured questionnaires and the Key Informant Interview guide.

Most of the respondents (75.5%) had cocoa as their main crops, with other crops as supporting that. Most of the farmers (75%) also produced hybrid cocoa beans, an indication of stepping up in cocoa production.   Production estimates were given at an average of 2421kg; with a high proportion of cocoa seed sold (97%), and little impetus for local-level processing. Hence, commercialisation for Nigerian cocoa farmers is still based on low value primary products. Household level decision in production activities is made by the male household heads (78.72%), and decision on labour hiring by male heads at (89.36%).

Labour allocation shows that male labour is preferred (10 male to 6 female), working approximately 8 hours per day; while female labour works for an average of 3 hours per day. Gender roles appear in male and female family labor allocation. The male members were mainly involved in planting, spraying, trimming and slashing. Female members on the other hand carry out harvesting, fetching of water and minor post-harvest sorting and processes. Both male and female are found as input dealers and traders. Social capital was an important accumulation for the cocoa households with 61% belonging to some form of association. These associations provide a sort of safety net at different periods.  Credit for productive activities is sourced mainly from friends and families (20.83%).

A couple of policy issues can be deduced from this survey. First, organised and formal credit is largely unavailable. Hence, expansion, commercialisation and value addition (indicators of stepping up) is limited. The current initiatives by the Federal government to extend up to 60% of loanable funds in commercial banks thus needs to be monitored for compliance. On the other hand, any fears that the banks have over this initiative could be allayed by ensuring that farmers are all subscribed to insurance by the National Agricultural Insurance Corporation (NAIC).

Second, the study suggests a need to integrate processing into farmer’s on-farm cocoa production in order to maximise revenue from their activities.  This would in many ways serve to increase the value of the sector and allow the actors to have additional inroad into the global cocoa economy.