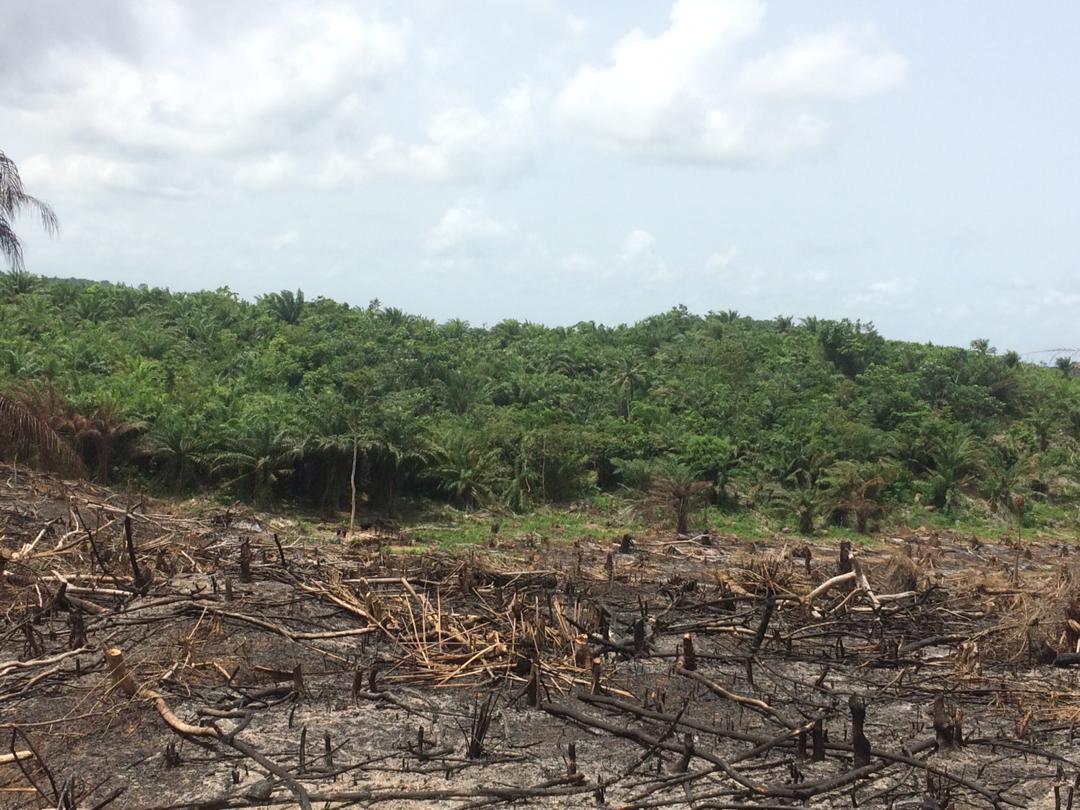 Oil palm is Ghana’s second most important cash crop after cocoa, and the sector is an important contributor to the country’s economy. The production of cash crops in Ghana has largely been dominated by small-scale farmers in mostly rural areas since the 1800s. The high value placed on cash crops often leads to better livelihood outcomes for cash crop farmers. However, the ability to sustainably participate in oil palm cultivation depends on secure access to land. One of the major challenges of small-scale farming in Africa is the land tenure system that affects the ability of farmers to make long-term financial and technical/technological commitments that will help farmers fully maximise the economic potential of the land. This blog reflects on the findings of APRA Working Paper 72, which examines different land tenure arrangements and how different rules for land access affect different social groups.

To understand the changes in land acquisition practices in the oil palm production sector and how they have impacted small-scale farmers, qualitative research was conducted in 2019 to investigate the land tenure systems in five oil palm producing communities in Mporhor and Ahanta West Districts. Land access for smallholder farmers is critical for sustaining local economies and livelihoods. As a result, changes in prevailing land tenure arrangements can either improve livelihoods or exacerbate inequalities among different social groups.

Three primary forms of land tenure systems were observed in the study areas. First, land is vested in chiefs, in which case land was considered stool[1] land and was allocated to residents (both indigenes and migrants) for farming purposes. Under this system, land was allocated to male household heads who, in turn, allocated portions to their spouses or children for farming.

The second type of land tenure system is land allocation through families. Here, family heads are vested with the control and administration of the land. In these cases, matriliny plays an important role in land re-distribution. This guarantees access to land for all members of the matrikin, or mother’s family, increasing women’s access to land. The access and control of land guaranteed through family lineage enables some women to transfer the use and control of land to their spouses for the establishment of plantations.

In the third case, individuals were able to acquire land through rent or a share cropping system. In a few instances, individuals also acquired and registered large tracts of land for farming on lease or full purchase agreements. This land eventually becomes the personal property of the individual and communal land ownership norms cease to apply.

Land access is differentiated based on gender, residency status (indigene versus migrant), and economic status. Ordinarily, all members of the lineage have access to use clan or family land, but patriarchal influences and other factors such as financial resources tilt the balance of ownership in terms of size of land to males. This stems from the intersection of gender, social, and cultural placement of women and access to financial resources to develop the land once they obtain the right to access and use it. Improved access, therefore, does not necessarily guarantee usage and control of the land.

The increasing social and economic demand for land is changing access, use and control of land, even for individuals and families with hitherto secure tenure. The acquisition of large areas of land by big corporate players is leading to the dispossession of smallholders. These forms of dispossession pose a direct threat to the livelihoods of those who depend directly on the land for their food supply. The increasing commodification of land and rising incidence of corporate land grabs is compounding longstanding problems, such as unenforced regulations and lack of land use planning. Corporate land grabs not only disrupt existing land tenancy systems and land use arrangements, but also directly violate the land rights of indigenous people and local communities resulting in the loss of land as safety nets.

From social arrangements to cash payments

The growing monetisation of land tenancy arrangements have shifted the transactional currency of land use arrangements from social networks and connections to cash payments. Land transfer arrangements are increasingly being negotiated based on agreed cash payments. The increased reliance on cash payments is reshaping land tenancy arrangements with the emergence of conflicts due to dispossession and repossession. Smallholder farmers whose revenue streams and income are limited are thus forced off the land by farmers with the capacity to pay for the lease of land. The impact of such changes includes the gradual displacement of smallholder farmers from cash crop farming, and the disproportionate focus on the production of cash crops, which has food security implications.

[1] Stool in this context refers to the traditional or chieftaincy authority that exercises control over land.