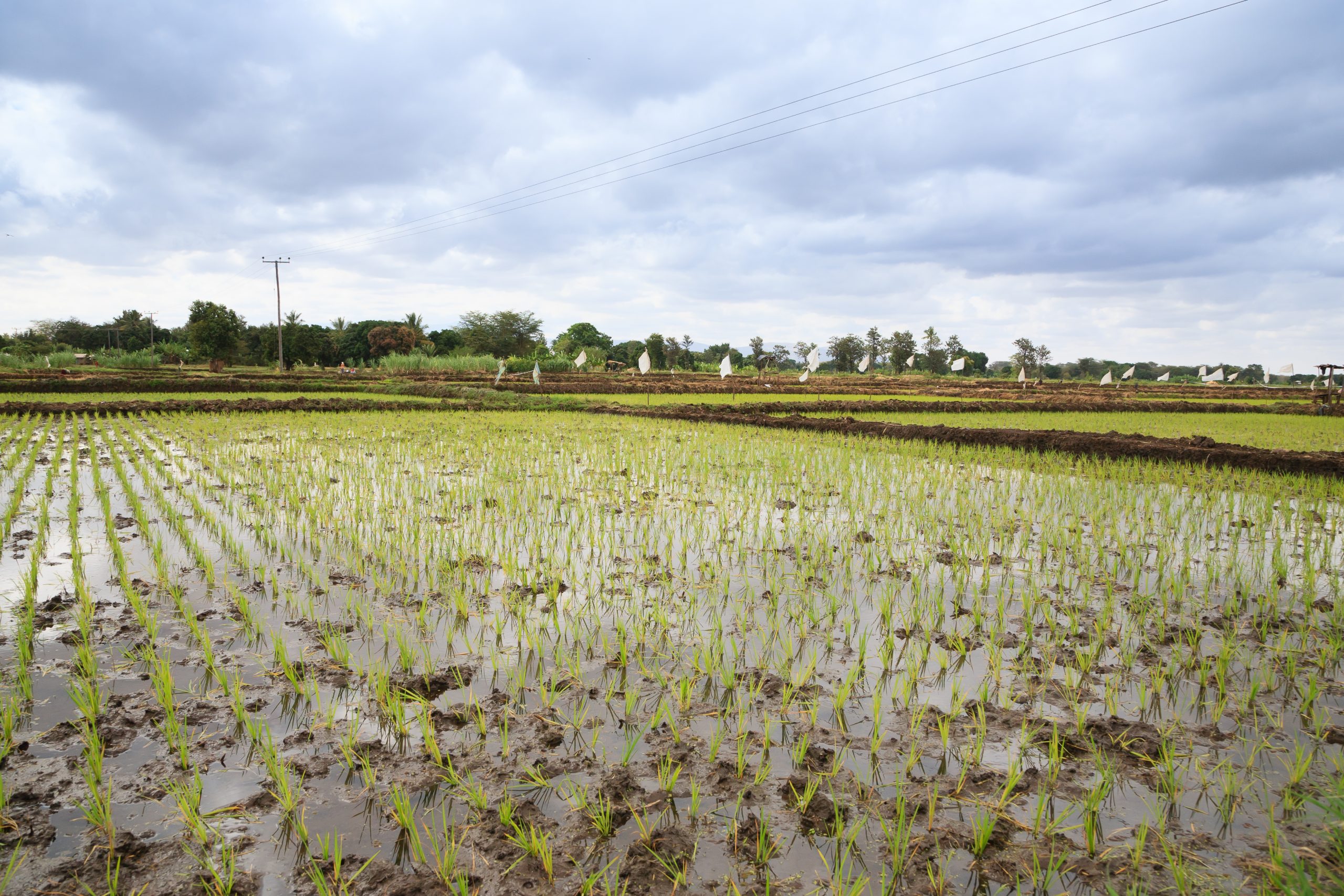 This blog highlights the findings of APRA Working Paper 66, which discusses the System of Rice Intensification (SRI) interventions and their potential effects on paddy yield and commercialisation in Kilombero district, Tanzania. The study compared the adoption of SRI interventions and paddy productivity for trained and non-trained farmers, and compared these attributes for farmers who belonged to SRI associations and those who did not. The study evaluated SRI practices in terms of rice yields.

For over a decade, there was an assumption that promotion of the System of Rice Intensification (SRI), a sustainable agricultural innovation that aims to increase yields and reduce costs of production, would address rice shortage, food insecurity and poverty for farming households. More and more, SRI is less adopted and those who implement the policy modify it to suit them, consequently creating intended and unintended results on productivity and commercialisation among households in Kilombero district. This calls for alternative policy actions.

SRI in Mngeta division is linked to Kilombero Plantations Limited (KPL) in Mngeta division. Most SRI farmers in Kilombero Valley do not practice water management, but they use inorganic fertilisers and herbicides which is not a typical principle of SRI. These differences have led SRI in Kilombero to be branded as modified-SRI (MSRI) to include the application of inorganic fertiliser and herbicide under rain-fed conditions.

However, MSRI has posed several challenges, such as crop loss due to water logging, loss of soil fertility due to leaching, reduced supply of water for downstream water users, and increased cost of production, all of which are contrary to SRI’s goals. Consequently, the distinction between SRI and non-SRI farmers in Kilombero district is not clear and it is difficult to tell the extent to which various elements of SRI are combined, and their influence on rice yields and commercialisation levels.

Globally, SRI technology involves several practices which are promoted as a package. SRI was introduced in Kilombero district in 2009 by KPL. This study revealed that SRI has had varying rates of adoption.

Trained adopters had higher adoption rates (about 57 per cent) than non-trained adopters, and SRI practices adopted at plot levels varied among SRI adopters and non-adopters. The study found that plots with and those without SRI practices had different paddy yields. For instance, plots which applied a combination of early and regular weeding had higher yields than plots which did not practice SRI, and plots which raised seedlings in a nursery, weeded early and regularly and applied fertilizer had even higher yields.

Overall, many SRI-trained farmers had higher rice yields/productivity, which increased levels of commercialisation.

Even though KPL promoted several practices as part of the SRI programme, their adoption was not holistic. Most farmers chose one SRI practice from a list of practices, such as raising seeds in a nursery, planting in rows, early and regular weeding. Moreover, plots with SRI practices had higher yields than plots without SRI practices and plots with a combination of two or more SRI practices yielded even more.

Further, farmers who were trained on SRI influenced farmers who were not trained. This influence is important for the sustainability of SRI practices, and it is likely that more farmers will adopt and benefit from rice commercialisation. For farmers to commercialise and get higher yields, they should adopt a more holistic SRI package.

In conclusion, SRI practices can increase paddy yields and rice commercialisation levels, and subsequently increase incomes for farming households. However, low adoption of SRI practices can be attributed to perceived high cost of inputs such as improved seeds and labour-intensive practices, which is a challenge with the modified SRI.