Groundnut marketing in Malawi: a review of farmer experiences 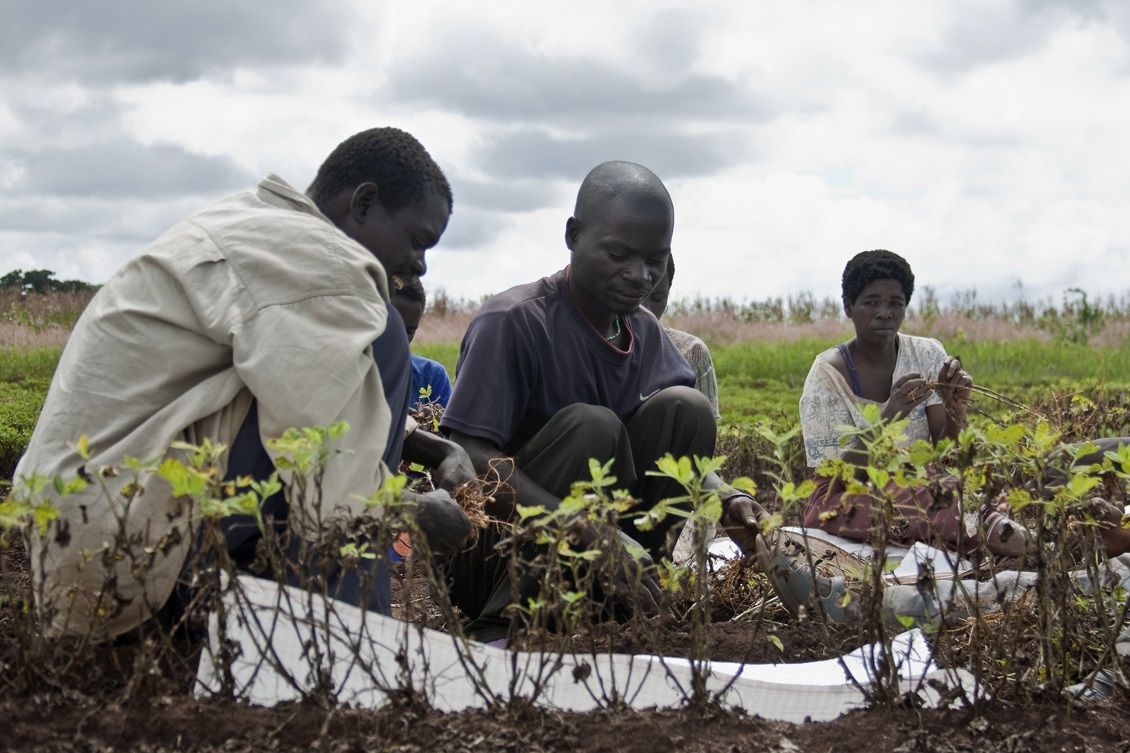 “…prices were stable, …we knew well in advance what price our produce will be sold for, including the period of sales, …ADMARC enforced standards on moisture content and aflatoxin in groundnuts and maize…”

Groundnut production was at its peak in the 1970s’ and constituted the third largest export crop in Malawi. However,  its export earnings declined in 1980s  and export market was lost by 1990’s. Among other reasons ADMARC faced structural failures that led to reforms such as allowing private traders to engage in agricultural markets. ADMARC also reduced its presence by closing many markets in remote areas. Due to liberalisation policies in the 1980s, various marketing players emerged, but the private sector still has not adequately filled the gap left by ADMARC, especially in rural areas. Key informants observed that markets are not structured (i.e.  farmers do not know in advance the quantity of produce to be procured, purchasing output price or time of sale). Farmers echoed similar sentiments;

‘’… we just grow our crops, whether we will sell them or not and to who, we don’t know.”

Widespread price unreliability and fluctuations affect farmers’ decisions and marketing behaviour. Vendors generally offer low prices and, at times, below minimum prices set by the government. For instance, maize prices in the 2017 marketing period was 170 Malawi Kwacha per kg but vendors were buying at 50 Malawi Kwacha per kg. Vendors are also known for tampering with measuring scales and purchasing produce too early in the season, often in April, raising food safety issues related to aflatoxin in food consumption. One farmer indicated;

Compared to the vendors, ADMARC markets open much later, mostly in June or July. Once ADMARC starts buying, it is therefore often the vendors who supply their produce to ADMARC. Whilst purchasing grains early in the season provides farmers with an immediate outlet market for their produce, it does mean that ADMARC markets are often not accessible to smallholder farmers, especially those that sell small quantities.

Many types of vendors

Vendors come in different sizes and operate at various levels:

Local cooperatives are also buying and selling farm produce from members, and non-members at a commission. Farmers revealed that cooperatives, relative to vendors, offer better prices and do not cheat on scale measurements. However, cooperatives face challenges in securing stable markets:

“…we aggregated our groundnuts hoping [a local] cooperative will buy/find a market, but it failed and we had to all go and get our produce back…”

Agro-processing on the rise

Groundnuts processing is emerging but most crop sales are still in raw form. In addition, markets for processed products remain local which does not attract higher prices. Therefore, there is need to identify new products that can reach lucrative markets.  In the areas surveyed, only one cooperative – groundnuts cooking oil is certified by the Malawi Bureau of Standards – sold their product in urban supermarkets. However, infrastructure development at rural trading centres, in terms of roads and electricity, is playing a key role in spurring agro-processing.

An alternative market is offered by the National Association of Smallholder Farmers of Malawi (NASFAM) which has invested in warehouses and processing facilities, links farmers to fair trade markets, and offers a premium on graded groundnuts. However, NASFAM markets are not accessible to every member in the surveyed areas. In some areas NASFAM members only accessed groundnut and soya bean seed on credit and, once they repaid, were then at liberty to sell to any outlet market. In other areas NASFAM offers both seed on credit and output markets.

Agriculture commodity marketing in Malawi needs to be improved to increase the engagement of farmers with markets. While cooperatives offer an edge to negotiate prices; farmer groups are ill-equipped to conduct effective marketing that responds to farmer needs. In some cases, poor leadership is also a challenge which requires more focused capacity building. Agriculture commodity exchange markets have emerged with the potential to offer structured markets, but farmers must be willing to aggregate and wait for better prices. This is not easy given farmers’ pressing demands for money, distress selling and mistrust among cooperative members. So what market arrangements would encourage farmers to aggregate their produce? Can bridging credit facilities whilst waiting for better markets encourage more commercialisation? APRA research will be looking into these issues in follow up studies.