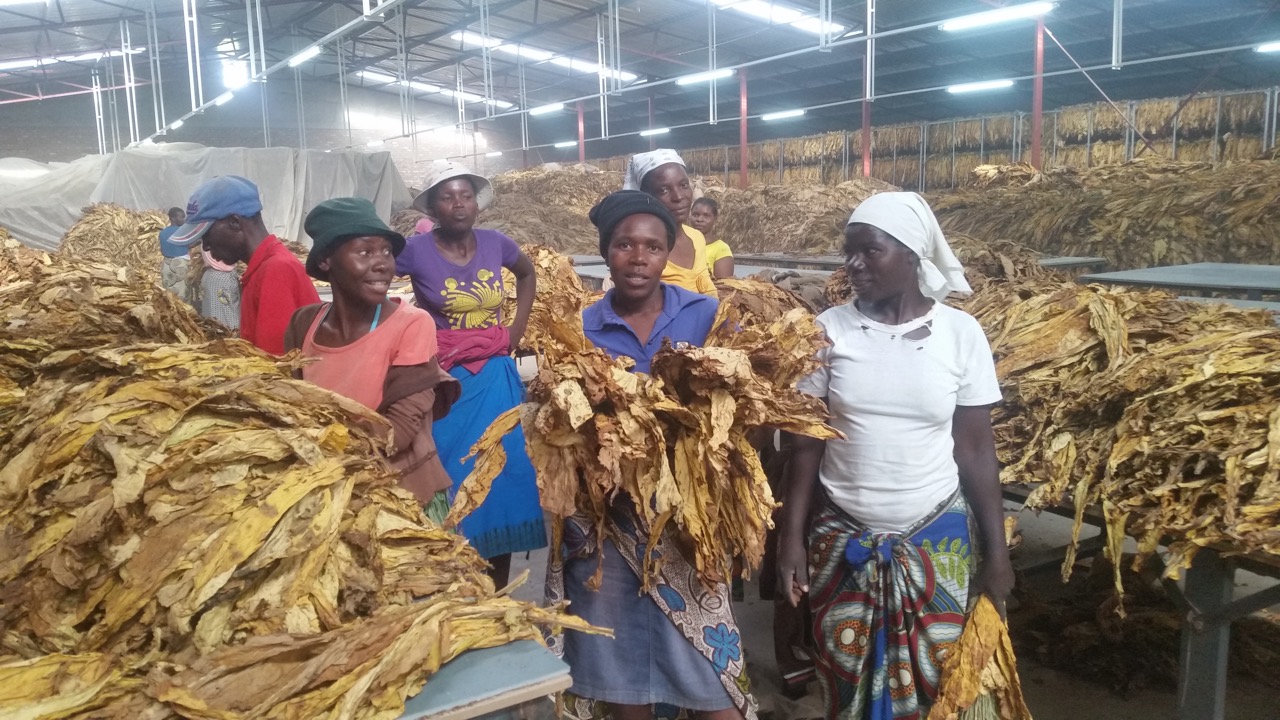 The debate over the effects of export-led commercialisation of agriculture on household food security has been ongoing for years. Tobacco has become the most commonly grown export crop in Zimbabwe, with an estimated 145,000 growers producing the “golden leaf” during the 2018/19 farming season (TIMB, 2020). Yet, there are still knowledge gaps in terms of the effects of the ‘tobacco boom’ and export-led commercialisation on household food and nutrition security. Many of the existing studies have remained largely inconclusive.

An optimists’ view on agricultural commercialisation and household food security emphasises that high value cash crops are associated with higher farm incomes, which gives farmers greater purchasing power, and thus enhances their participation in food markets. The increased income also enable farmers to purchase inputs such as inorganic fertilisers, crop protection chemicals and improved seeds, which enhances crop productivity of both the cash crops and the food crops though spillover effects. Such synergies were witnessed by earlier studies in the cotton sub-sector in Zimbabwe.

On the other hand, there are concerns that as production systems become more commercially oriented, farmers increasingly allocate more land to high value cash crops such as cotton and tobacco, at the expense of traditional food crops such as maize. Cash crops such as tobacco tend to be labour- and management-intensive labour, which leaves farmers with limited time to cultivate traditional crops such as maize, groundnuts or beans. Also, the production calendar of tobacco is such that farmers can only break from tobacco around July, leaving them with very little time to prepare their land for food crops in time for our November rains.

The APRA research team in Zimbabwe is trying to contribute to the debate on the food security-related outcomes of tobacco-led agricultural commercialisation in smallholder farming communities. Using cross-sectional data covering 647 smallholder farm households in the Mvurwi and Concession areas of Mazowe District in Zimbabwe, we examine how tobacco-led commercialisation can potentially influence food security outcomes through changes in crop portfolios, agricultural inputs use and crop productivity. We also explore the possibility of synergies between tobacco and food crop production by examining whether incomes from tobacco sales are invested in food crop production to enhance productivity of these crops. We compare crop productivity levels between two possible commercialisation pathways:  tobacco-led pathway (growing tobacco, food and other cash crops) and food-based pathway (growing food and other cash crops, but not tobacco).

Our study has produced two sets of results. Firstly, we found that input-use intensity was higher among households pursuing tobacco-based commercialisation than those on the food-based commercialisation pathway. The incomes from tobacco production enabled households to invest more in critical inputs such as inorganic fertilisers, improved seeds, hired labour, and agrochemicals such as pesticides and herbicides. We also found that maize yields were significantly higher on the tobacco-based pathway compared to food-based commercialisation, suggesting some potential spillover effects where maize benefits from the tobacco crop. This has important implications for the food versus cash crops debate. If the loss in maize area due to tobacco production can be compensated by increased productivity, then the food security effects of the expansion of tobacco should not be as detrimental as is often feared.

Finally, we found that the likelihood of pursuing tobacco-led commercialisation increases with household size, wealth levels and access to hired labour and inorganic fertilisers. We also noted that access to contract farming arrangements plays a crucial role in easing the barriers to entry into the capital-intensive tobacco value chain, and thus encourages smallholder farmers to pursue tobacco-led agricultural commercialisation. On the other hand, we found that households with greater access to tractor tillage services were more likely to pursue food-based commercialisation, rather than embarking on a tobacco-based pathway. One possible explanation for this is that tractors allow households to cultivate more land for food crops, which are mostly land intensive.

There are potential synergies between tobacco-led commercialisation and food crop productivity, with two main takeaway points to consider. Firstly, our results suggest a transmission from higher incomes obtained from tobacco sales to higher productivity among food crops. Investing tobacco incomes in purchasing agricultural inputs for food crops is crucial to compensate for the loss in total area allocated to food crops. As such, the availability of critical farm inputs will be crucial to moderating the food versus cash debate. Secondly, the debate on the impacts of tobacco-led commercialisation on household food security should not be solely informed by the limited view that tends to equate food security to self-sufficiency. Higher incomes from tobacco sales could still enable households to acquire food from the markets and achieve higher nutritional outcomes.


Please note: During this time of uncertainty caused by the #COVID19 pandemic, as for many at this time, some of our APRA work may well be affected in coming weeks but we aim to continue to post regular blogs and news updates on agricultural policy and research.