Dynamic drivers of land use change in Zimbabwe 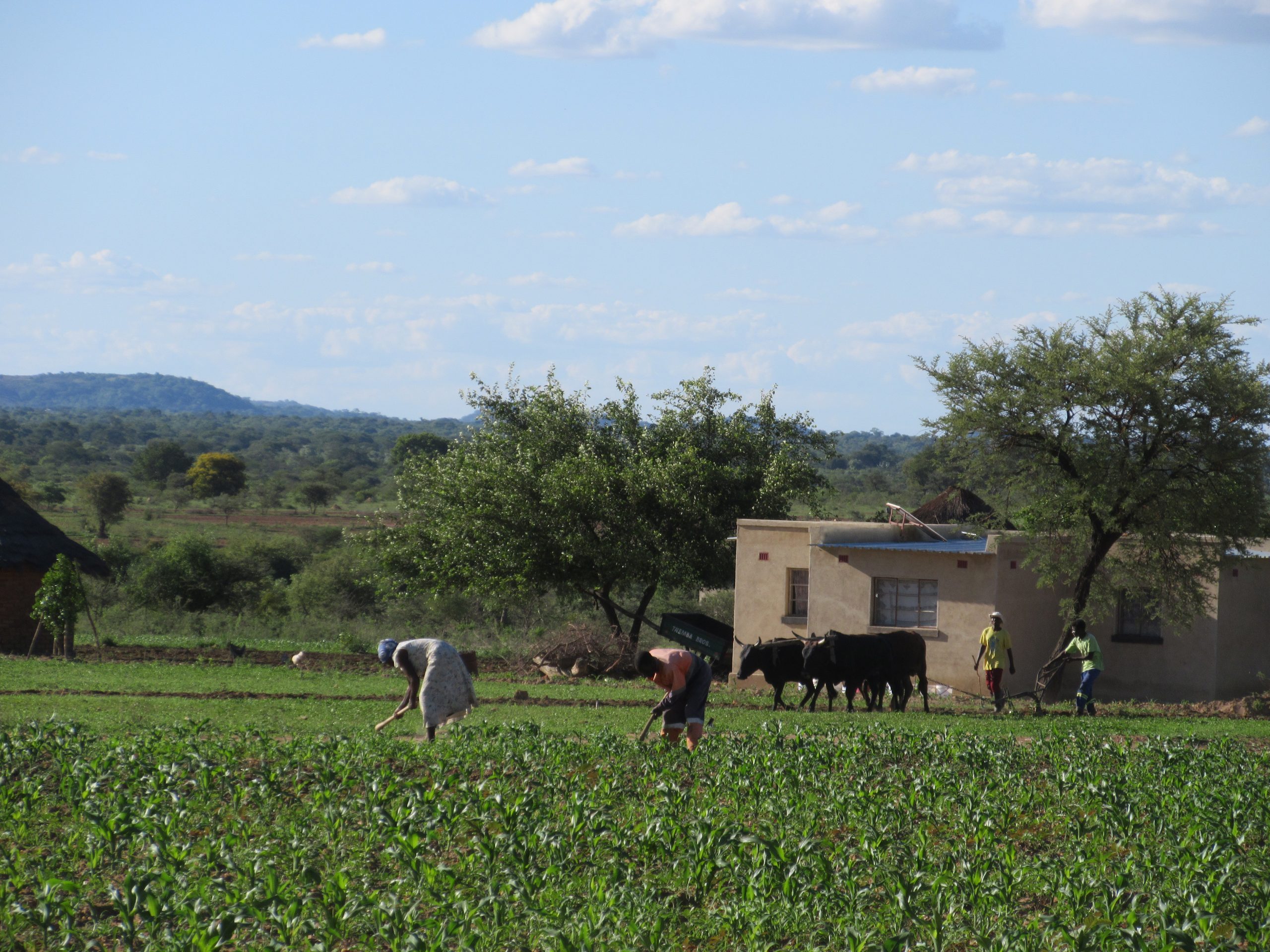 What are the drivers of land use change and how do they interact over time? Are the changes, uni-directional and linear, or are the dynamics more complex? This is the question we posed for our study site in Mvurwi in northern Zimbabwe for the period 1984 to 2018, now published in APRA Working Paper 48. This post was written by Ian Scoones and first appeared on Zimbabweland.

Using Landsat satellite imagery we looked at land cover change across the area over 34 years, including former large-scale farms (now resettlement farms, both small-scale and medium-scale) and one ward in the nearby Chiweshe communal area. This broad assessment was complemented by an in-depth look at a particular site, focusing on one ward. The satellite analysis was combined with field interviews with those who had lived through these changes, together with a wider analysis of changes in demography, agricultural policy, economic contexts and politics. What emerged was an interesting story.

Mvurwi is a high potential region receiving on average about 750 mm of rainfall annually. There are sandy loam soils and a diverse miombo savannah woodland. These are open forests, with mixed patches of denser woodland with patches of grassland in between. In the past grassland areas were created and maintained by the actions of elephants and other large herbivores, or exist in places such as wetlands where trees will not grow.

Today, such patches are created through land clearance combined with grazing by domestic animals. As William Bond from UCT explains is in his excellent book – Open Ecosystems: Ecology and Evolution Beyond the Forest Edge – open forest environments are very common across Africa and are the dominant ecosystem in southern Africa’s savannah environments. These are not the classic closed forests of the foresters’ and satellite image analysts’ imagination, but a mixed, variegated environment, maintained by herbivory and human action.

This has implications for how we understand land use change in such environments. It is not a binary forest/not forest choice, perhaps with the intermediate option of ‘scrub’, but a much more dynamic landscape that shifts through different pressures as forest areas increase and decrease and grassland (or cropped) patches change.

Land use change: cyclical not linear

What happens to land use when you redistribute land to multiple new land holders? Well, forest cover declines and a more open landscape emerges with woodlands and farms interspersed. This much is obvious – although the number of papers I see condemning Zimbabwe’s land reform for destruction of trees is amazing, such is the strength of the negative narrative.

However, this is the least interesting part of the story. Our analysis indeed showed that land reform did of course result in a decline in forest cover through clearance of lands on what were large, underutilised large-scale farms, often used for very extensive grazing. This occurred especially between 2000 and 2004, following the land reform of 2000. But this was not a permanent state as so often assumed. After 2004, woodland cover increased again (2004-09), before decreasing in the most recent period (2009-18).

Cyclical patterns were equally repeated in earlier periods when the land was under different ownership. The past was not a presumed ideal of continuous forest cover, undisturbed by the horrors of small-scale farming. Although we did not have satellite imagery earlier and did not look at the old aerial photographs, I am sure that in the earlier periods, when tobacco farming was expanding and profitable on the large-scale farms, there were similar dynamics as seen today as settlers cleared the land.

What explained all these changes? It was not a standard Malthusian story of inexorable rises in population pressure resulting in deforestation – the story told in so many of those doom-and-gloom papers I mentioned earlier. Instead, there were cycles – periods of woodland expansion then retreat, and then repeats, as conditions changed. These cycles were driven by a combination of factors, not just population growth; although this is of course part of the story.

In the early 1980s, both large-scale and communal farming was recovering from the impact of major droughts, with vegetation cover bouncing back.  Wider economic and political conditions had a clear effect. For example, the structural adjustment period from the early 1990s saw large-scale farmers contract their operations to small, high value production of horticulture, floriculture and so on, with some switching to wildlife. This resulted in an expansion of woodland as bush expanded to previously farmed fields. In the communal areas, structural adjustment saw the withdrawal of state support and subsidies, and so a contraction of farming activity is seen.

By contrast, in more recent years there has been a decline of forest cover due to agricultural expansion. The 2000 land reform was a key moment, with major land clearing happening in the period after 2000. But after 2004, the trend was temporarily reversed due to the economic consequences of economic chaos and hyperinflation on agriculture, particularly tobacco. This changed again after 2009, when a boom in tobacco production had a big impact, with the expansion of tobacco production (and also demand for wood for curing), resulting in significant declines in woodland area. After 2009, with the Government of National Unity and the dollarisation of the economy, there was a level of stability that saw incentives for agriculture return, and especially tobacco production in this area.

A more sophisticated approach to land use change analysis is needed

The APRA Working Paper gives much more detail of the fascinating twists and turns of a complex tale. It is best read alongside a longer history of agriculture in the area, appearing in another APRA Working Paper in the same series (see an earlier blog). Our study suggests the need for land use analysis to investigate complex patterns through multiple lenses. A simple analysis of satellite images is not enough to unpack the full story, and such patterns seen from space need interpretation from diverse sources, including from those living in the area.

Satellite-based analysis of land use change is all the rage these days, as it’s (relatively) easy, is now cheap and can be subject to multiple quant analyses through widely available software that impress journal editors and reviewers (well often not me!). But it’s not enough. Our satellite analysis was basic (Landsat after all was the earliest of the public satellites and so the imagery is not sophisticated), but it was long term (over 34 years) and so allows changes and cycles to be revealed. And most importantly, we didn’t stop there, but went to the field, studied accounts in the archives and reviewed the policy debates to explore what were the drivers behind the changes.