‘Donkey to the slaughter’: a classic case of short sighted economic planning 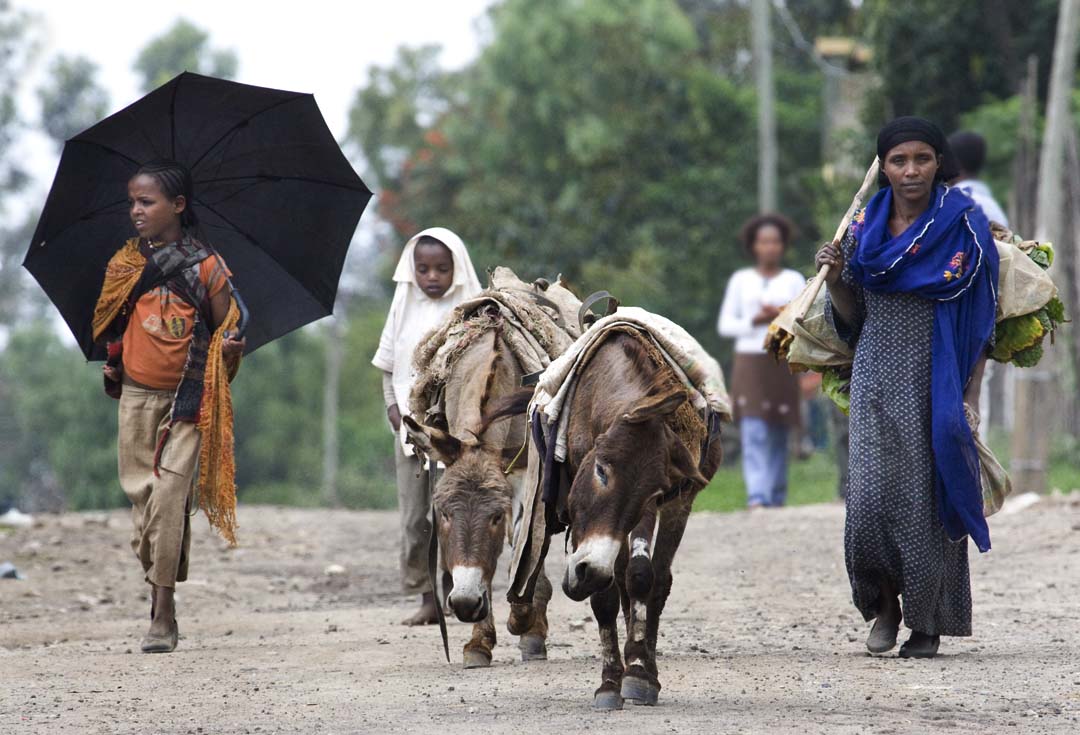 Please note: During this time of uncertainty caused by the #COVID19 pandemic, as for many at this time, some of our APRA work may well be affected in coming weeks but we aim to continue to post regular blogs and news updates on #agricultural #policy and #research.


Dogs are traditionally known as “Man’s best friend” because of their long history of close relations, loyalty, and companionship to humans. I bet domestic donkeys [Equus asinus] would qualify for the second human’s best friend position.

Leaving the social and emotional aspects aside, in economic terms, donkeys are key assets for the rural poor, women in particular. They:

In Ethiopia a donkey slaughterhouse became operational in March 2017 at a cost of US$10 million.[1] It was located in Bishoftu 25 km southeast of Addis Ababa. In April 2017, the media reported its closure. One news outlet expressed:

“… It is puzzling how it all came about in the first place and what procedures might have been followed to approve the project.”

Slaughtering donkeys was found to be on a collision course with the cultural and religious values of Ethiopians. Donkey meat is prohibited in both Christianity and Islam. Although there was no plan to sell donkey meat on the domestic market, “[the] presence of donkey slaughter house shocked and angered Ethiopians but they were not able to demonstrate to vent out their anger and sense of humiliation as a country” [2] as the country was under state of emergency at the time. The Government finally decided to close the abattoir and it was put up for sale by the Chinese firm. The questions that remain unanswered are (i) why did the government allow it in the first place? ii) how can the public be sure that it won’t happen again?

There is a similar story from Kenya. It opened, or planned to open, three slaughterhouses following closure of facilities in Ethiopia. However, the scheme did not last long. Kenya announced it is banning donkey slaughtering, more for economic reasons than based on religion and culture. The Kenyan government suddenly woke up to the fact its donkey population is seriously depleted. There was also complaint from its neighbors that the smuggling of donkeys from Ethiopia to Kenya has increased dramatically.

Why did governments not foresee this when signing contracts with Chinese firms?

At a time when we have highly trained economic analysts and planners, it is unacceptable that projects worth millions of dollars cease to operate for cultural, spiritual, or ‘unforeseen’ economic reasons such as shortage of supply.[3] The Chinese firm in Ethiopia has claimed that local community was consulted prior to implementation, which points to the fact that politics (more than economics) had considerable part to play in the decision.

Where does donkey breeding research stand?

Depletion in donkey population (supply side constraint) is one of the reasons for closing down slaughterhouses in Kenya and probably in Ethiopia too. I am no expert on this topic but the literature suggests that donkey breeding is difficult and complex. I am tempted to ask what is being done to improve donkey breeding. If we can increase the supply of donkeys, then probably we don’t have to worry the Chinese slaughtering them as this generates income for the rural people engaged in donkey rearing. This leads me to my final question.

Could Chinese intervention be used as an opportunity to bring transformation for rural people?

All around the western and eastern world, the use of wheels, in one form or another, for moving goods and people is the norm. But in most parts of Africa, Ethiopia in particular, women still carry heavy goods on their backs. Donkeys reduce the burden on women but they are not the most efficient means of transport. It is time we transform the rural transport sector to reduce drudgery and increase efficiency. And let ‘donkeys to the slaughter’!

[1] China needs up to 5 million donkey skins a year for making ejiao – a gel believed to cure anything from cold to ageing. As there are an estimated 8.5 million donkeys in Ethiopia, it is not surprising that China is attracted to the Ethiopia market.

[3] At 1000 donkeys a day, the Kenyan plant was built to slaughter five times that of Ethiopia https://str8talkmagazine.com/index.php/2017/09/17/chinese-donkey-abattoir-in-ethiopia-lodges-complaint-with-pm/ (accessed 29.2.20).