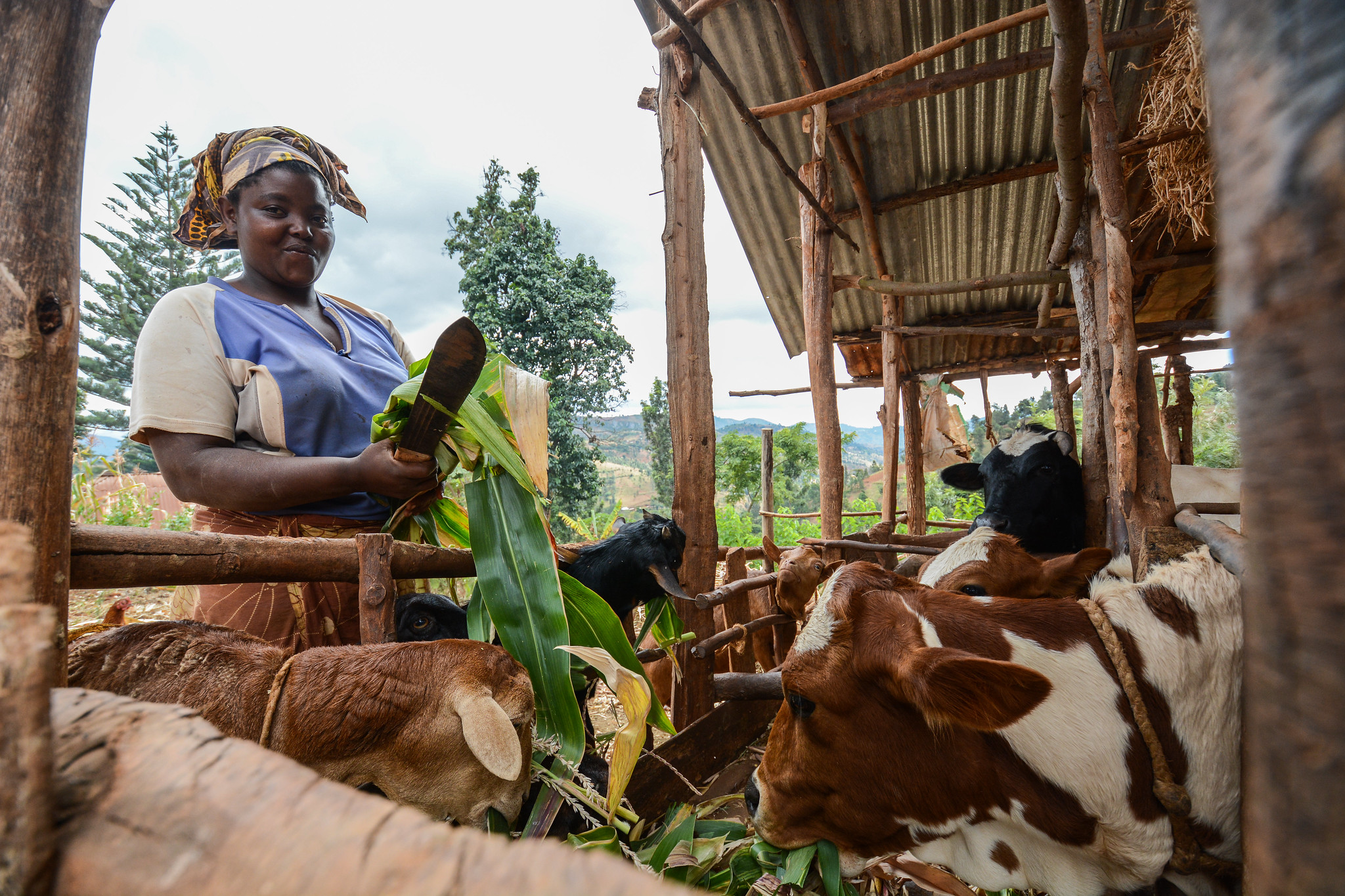 Prominent crops of the portfolios (in terms of percentage of sample households practicing them) were maize, sorghum and sunflower. The inclusion of maize in four of the portfolios is of note because it is drought prone. This is likely because maize is a staple food crop preferred by most households and thus, farmers continue to grow it despite the risk of not harvesting anything in the instance of low rains. Sorghum and sunflower are drought-tolerant crops; their prominence in the top-ranking portfolios may be strategic to reduce the risks associated with climate change and variability.

The prominent livestock species in the five top-ranking crop-livestock portfolios were cattle, goats and chickens. The prominence of cattle, which are highly vulnerable when grazing grounds dry up during prolonged droughts, is due to the fact that cattle are used as a store of wealth and considered more prestigious than goats, sheep and chickens. Chickens and goats were kept largely as a farmer survival strategy – in case of drought and the impacts on cattle. Unlike cattle, chickens and goats are relatively less affected due to their ability (chickens) to scavenge and (goats) to browse on shrubs when there is no grass.

Households with higher levels of food security were associated with higher levels of crop-livestock diversification, suggesting a positive correlation between the two. This may largely be due to dietary diversity from the crop and livestock species in diverse portfolios. Where household food access depends largely on own production, crop-livestock diversification provides households with the products they cannot afford due to high market prices.

The APRA study findings suggest that more efforts are needed to promote sorghum and other drought-tolerant and early-maturing crops over maize, which is drought-prone, in semi-arid areas. This should go hand-in-hand with efforts in crop breeding and improvement programmes to develop drought-tolerant maize varieties that meet consumer preferences. Goats and chickens that can thrive under critical drought conditions should also be promoted. The prominence of cattle, which are less resilient to drought and extreme heat conditions, calls for interventions to reduce risk in cattle production. Such interventions could include water harvesting and storage, as well as climate-smart cattle breeding.