Cocoa in Ghana: a smallholder sector 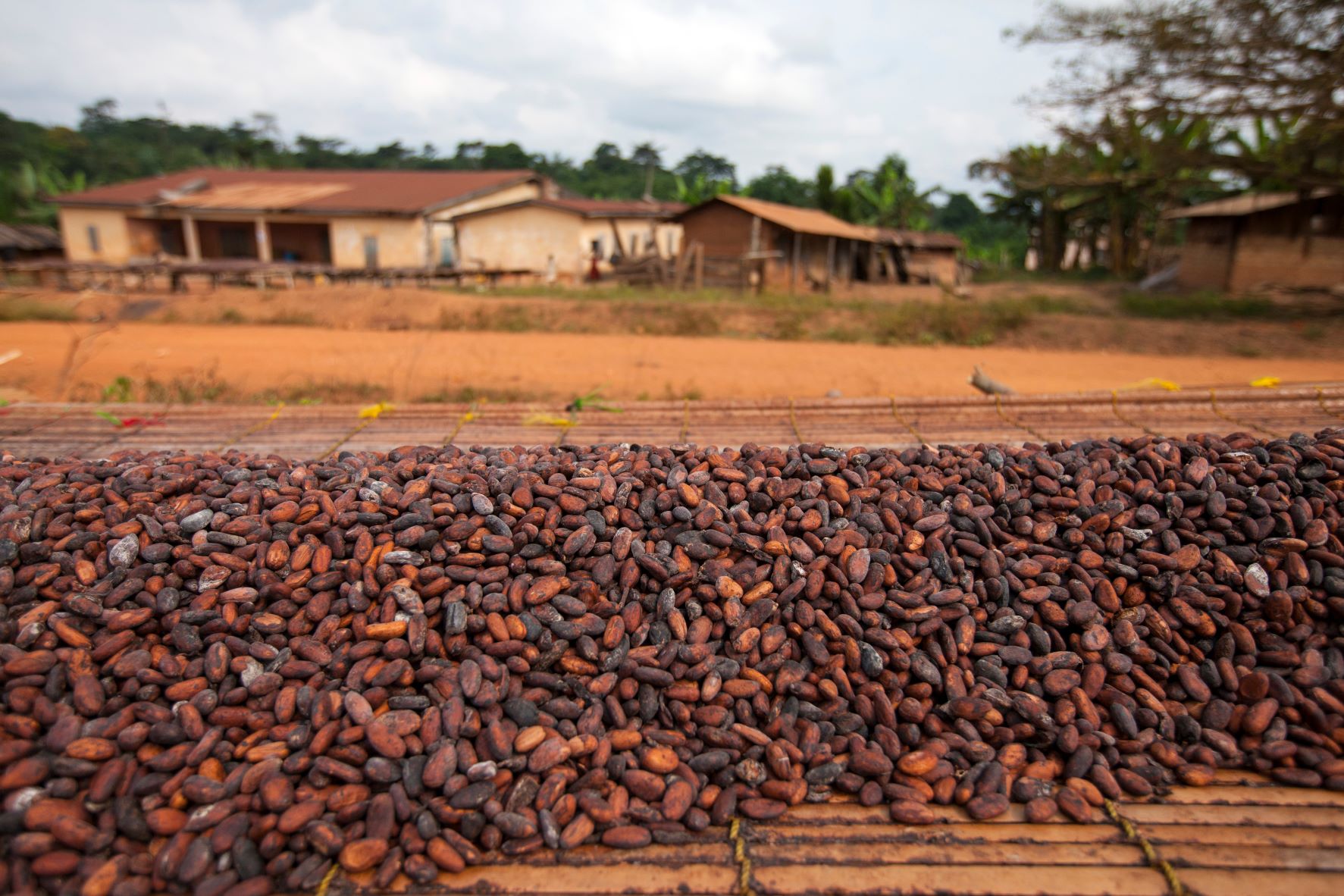 In recent years there has been an increased focus in African agricultural research on the emergence of medium-scale farmers and their role in promoting the uptake of agricultural commercialisation. However, the social composition of farmers varies between food commodity chains; in some sectors small-scale farmers continue to predominate. This includes cocoa, where several studies show a movement over time towards smaller holdings and the emergence of smallholders as the dominant and most efficient farmers; a result of changing patterns of forest frontier settlement, farm ecology, and commodification of agriculture. These changes, investigated in APRA Working Paper 80, have also radically transformed the nature of investments in and returns to cocoa over time.

Cocoa is a crop well suited to forest conditions. In recently cleared forests it yields well with low labour requirements and little need to use inputs. Cocoa naturally likes shade and thrives under the canopy of large trees. It integrates well into a multi-story agroforestry system in which diverse trees and tall leafy crops, such as plantains and cocoyams, are integrated.

In the past, cocoa farmers in Ghana also derived considerable economic benefit from timber trees on their cocoa farms (until forest laws were changed in the 1990s making it illegal for farmers to process timber), and a diverse range of forest fruits such as cola and other non-timber forest trees.

Cocoa is highly susceptible to diseases, which become more prevalent and endemic over time. Disease has been a problem since the late 193Os, when swollen shoot virus disease began to infect Ghanaian cocoa. Old cocoa-cultivating areas need to be replanted and rehabilitated. However, the cost of rehabilitating old cocoa plantations is much higher than planting new cocoa farms in forested areas. As a result, planters have tended to migrate to new forest areas and acquire land for cocoa rather than rehabilitate old areas; high yields and low costs of replanting in new forest areas undermined the costs of investing in rehabilitating old areas.

In recent years, however, new forest frontiers have declined and most cocoa farmers have been forced to rehabilitate and replant cocoa in open land. In these old cocoa-producing areas, high costs of production, scarcity of land and its high market value, and relatively high costs of labour now confront farmers. These new barriers are now also preventing new farmers, including large numbers of women and youth, from entering cocoa.

The vulnerability of cocoa to disease has resulted in the development of new high-yielding hybrid varieties and promotion of new production practices, including applications of agrochemicals and fertilisers. So far, these developments have not been able to solve the problems of disease that have multiplied and resulted in farmers increasing applications of agrochemicals.

Although the new technologies have the potential to raise yields, the high costs of inputs and fertilisers also often result in diminishing returns. Farmers often struggle to follow official recommendations for applications, which undermines their yield potential. In addition, the combination of few shade trees on cocoa farms, and a lack of synthetic fertilisers, often creates stress for hybrid cocoa and an early senescence, which increases the costs of rehabilitation.

Thus, there is little evidence in the cocoa sector of the emergence of a significant stratum of medium-scale farmers using modern technology, but overwhelming evidence of large numbers of impoverished smallholders who cannot afford to acquire modern technology.

As a result of these problems, however, new policy initiatives have been formulated that are promoting cocoa agroforests and forest conservation practices. These include planting more trees, integrating forest species and other trees into cocoa plantations, and creating a more diverse farming system with multiple sources of incomes for farmers. It is important that these practices rely less on costly inputs, and incorporate a range of crops and forest products that aim to produce a more stable and diverse agroecosystem that is less prone to disease and pests, and provides a wide range of income-generating resources.