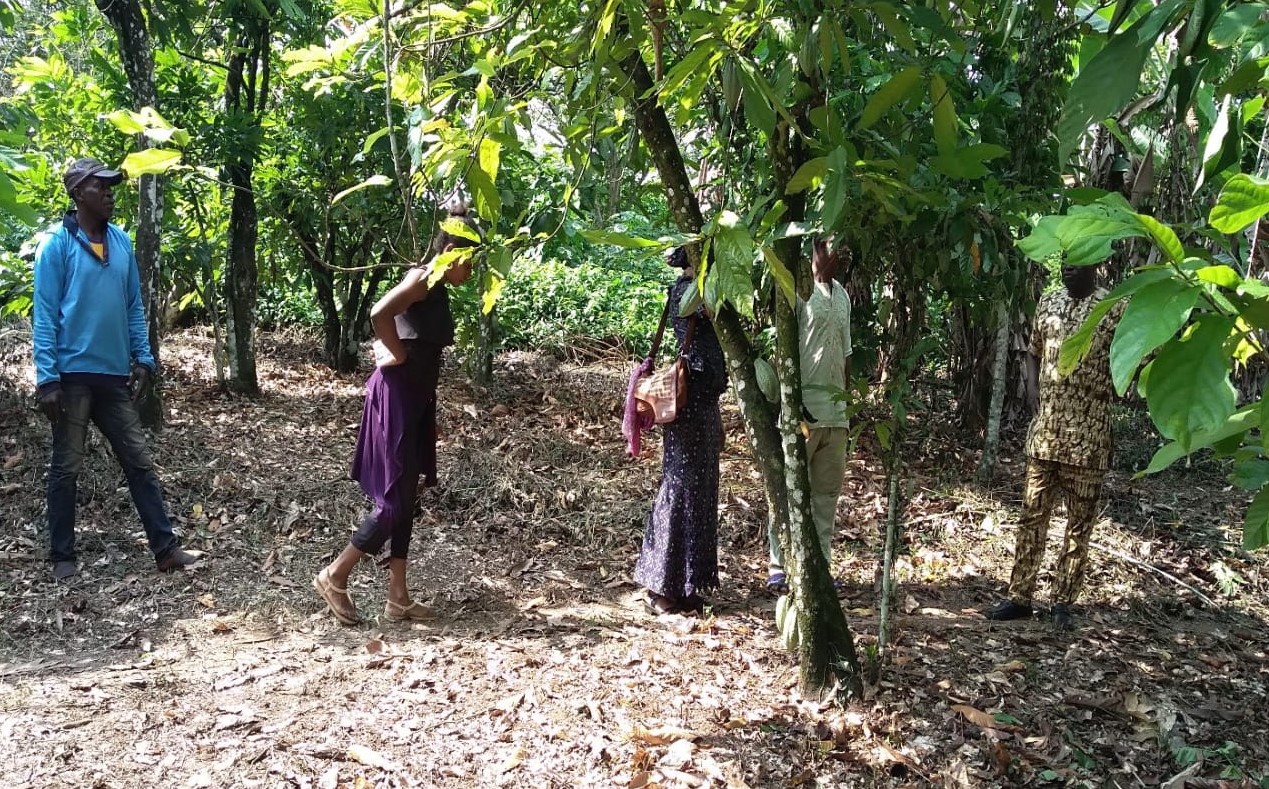 Cocoa remains a relevant cash crop in Nigeria and is produced largely by small-scale farmers dominant in the country’s southwest region. Insights from historical trends, from 1807 when the crop was introduced until the millennium era, indicated myriads of challenges threatening cocoa commercialisation. Nonetheless, concerted efforts of successive governments to revive the sector and resilience of cocoa farmers, despite declines in production witnessed in recent years, have sustained cocoa production in Nigeria. Pre- and post-independence regimes leveraged on cocoa as a source of foreign earnings, which was short-lived with the advent of discovery of petroleum in early 70s. APRA Working Paper 79 explores these trends, issues and prospects around cocoa commercialisation in southwestern Nigeria to understand how cocoa commercialisation might progress and serve those involved in it in future.

Issues of cocoa commercialisation in Nigeria started with the Cocoa Marketing Board (CMB), which was established in 1947 to guarantee fair prices for farmers and high economic returns for the government. Nigerian marketing boards have served numerous interests and purposes since their inception, which have unfortunately failed to benefit the producers because the pricing policies discouraged farmers from producing export crops and consequently rendered the boards redundant. This ultimately led to their abolition in 1986. The fallout from this not only drastically reduced yields from cocoa production, but also reduced the quality of cocoa beans produced to below the recommended standard for export.

Subsequently to the unstable nature of the cocoa enterprise, particularly in the millennium era, most cocoa farmers have begun to shift their focus to a farming enterprise that is perceived as more economically viable. For instance, discussants during a focus group discussion (FGD) in Ogbaaga, Osun State, Nigeria concluded that “going with the recent trend, oil palm has a better advantage in terms of less attention and expenses compared to cocoa production, which requires more attention and higher costs in weeding, fertiliser application, spraying of pesticides and is also faced with numerous pests, diseases, fake pesticides and marketing problems.”

Nonetheless, feedback from interviews conducted in southwestern cocoa-growing regions revealed that cocoa production has empowered some cocoa farmers to improve their standard of living in terms of quality of housing, education and general lifestyle. One of the discussants put it this way: “I have been able to give my children who want to study the education that I did not have, and this makes me happy. Also, when I was sick and could not work for a long time, it was the proceeds from my cocoa farms that I depended on to pay for my treatment. If not for cultivating cocoa when I was a young man, how would I have been able to achieve these things?” (in-depth interview (IDI) with Baale at Awotunde, Ogun State Nigeria).

Movement towards intensification has been on a downward trend, which is occasioned by lack of access to fertilisers, unfavourable climatic conditions, pest and disease infestations and poor infrastructural development – such as roads leading to communities and cocoa farms. These factors have also been cited as contributors to the decline in Nigeria’s cocoa production. Other challenges include limited land available for agriculture and labour shortages. Information obtained during the interviews also established incidences of herdsmen attacks on cocoa farms in southwestern Nigeria. One of the discussants in Ayetoro community in Ogun State said “herdsmen now invade our farms to feed cocoa beans to their cattle. All efforts to tame them have proved abortive, simply because they carry guns.” This story is the same in Osun and Ondo States. As a result, many farmers are now afraid to go to farms and the commitment and enthusiasm of farmers to expand their farmlands is under threat.

The future of Nigerian cocoa

There were divergent views on farmers’ perspectives as to what the future of cocoa holds. Some opined that cocoa farming has a promising future, as posited by FGD discussants across southwest Nigeria, but there are hurdles that must be overcome if this potential is to be adequately explored. The greatest among these challenges is land availability and access. As gathered from IDIs with stakeholders in the sector, the government is gradually shifting its focus from oil and gas to revisit agricultural production in Nigeria. Thus, if the government can give greater attention to reinvesting in cocoa production, the lost glory of cocoa can be revived and the future will be redeemed. Conversely, a few informants felt that the future of cocoa is uncertain as a result of the numerous constraints the industry is currently facing. For example, production is drastically reducing, the majority of farmers are diversifying into cultivating other crops – such as banana, cocoa yam, oil palm, plantain and yam – as well as other livelihood activities like lumbering and small-scale businesses.

Unequivocally, the cocoa sub-sector has witnessed myriads of challenges both in the post-independent and millennium era. However, intricacies around the enterprise suggested that hope is not completely lost to redeem the sector. Issues that bedevilled the sector such as weak land-labour relations, poor infrastructure, inadequate financial and extension support, which are responsible for the downturn in the intensification of cocoa commercialisation in Nigeria, can be surmountable with deliberate and sustainable interventions. This will reduce out-migration, price instability and encourage value chain development, so as to secure the uncertain future of cocoa in Nigeria and thereby improve the livelihood outcomes of all actors in the country’s cocoa value chain.