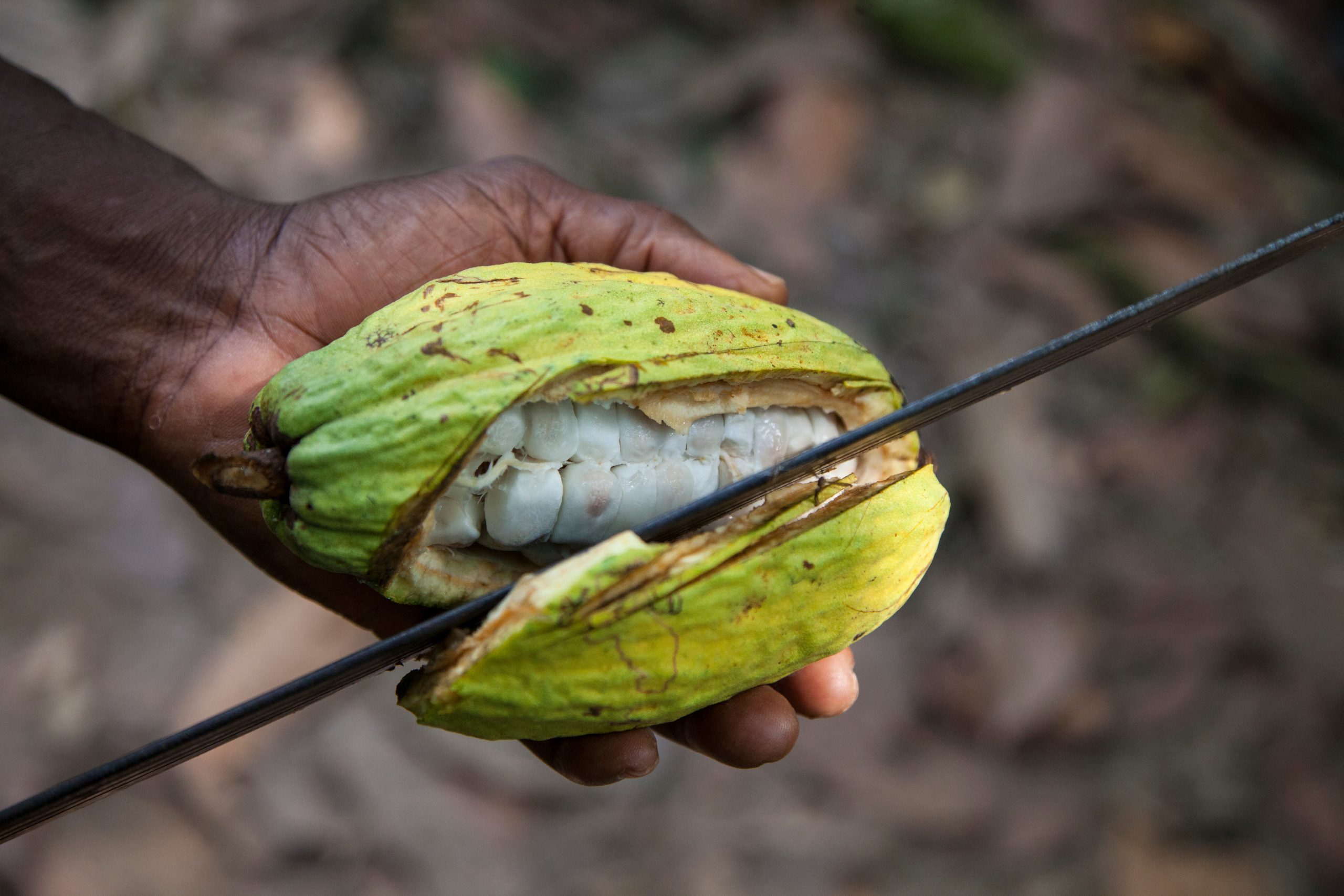 Since cocoa began to be cultivated in the 1880s in southern Ghana, it has created jobs, incomes and prosperity for the many farmers growing the crop. Until recently, cocoa farmers could make use of highly favourable conditions when clearing forests to plant cocoa. They needed to do little other than plant seedlings then wait to harvest the pods. When trees aged, or soil fertility declined, or swollen shoot viral disease attacked the trees, they could abandon the old groves and move to establish new stands of cocoa in virgin forests. But now, as new lands become scarce and money grows ever tighter, research must examine if it is still possible to make a living from cocoa in the region and if so, how. This blog reflects on the findings of APRA Working Paper 84 and APRA Brief 30, which seek to answer this question.

In the past, cocoa farmers in Ghana could make a living from their trees due to the abundance and productivity of newly-cleared forests. When first cleared, forest soils are fertile, weeds are few, and pests and disease are minimal. Cocoa grows well with only a little weeding and pruning.

This ‘forest rent’ – as Ruf and Zadi (1998) dubbed it – is, however, temporary. With time, soil fertility falls, weeds grow stronger, pests multiply, and fungi and mistletoe attack the trees. To maintain yields, farmers must work harder, weeding and pruning, and spend more, spraying against fungi and pests.

As if this was not bad enough, the menace of swollen shoot virus draws closer, brought by mealybugs hopping from tree to tree. Once swollen shoot assails a grove, the only remedy is to cut the trees down and burn the infected material, then replant.

At the time these problems became apparent in the 1930s, cocoa farmers could abandon older groves on now infertile soil, beset by pests and disease, move west and clear forest again. Hence over the decades, the frontier for cocoa moved ever westwards. But by 2000, the last unprotected forests, close to the Ivorian border in the far west, had been cleared. Since then, farmers have had to work harder and spend more to make a livelihood, from their cocoa.

In late 2019, we interviewed 66 farmers, plus labourers, extensionists, purchasing clerks and chiefs (11 in all); held nine focus group discussions with male, female and youth farmers; and surveyed 276 cocoa farmers in five villages of Juaboso Municipal District, Western North Region. The crisis facing farmers was clear from their accounts. Most reported falling yields. Many complained their trees were dying, some to old age —a cocoa tree rarely last longer than 40 years – others to swollen shoot. They complained equally about black pod, a fungal infection, about attacks of capsids and stem borers, and about infestations of mistletoe.

Remedies for all problems but swollen shoot are known. They involve pruning, weeding, cutting and spraying with chemicals. It all costs more. And if the grove has to be cut and replanted to eliminate swollen shoot, it costs a great deal more.

For the cocoa growers, rising expenses challenge their lack of cash. What farmers earned from the last harvest had usually been spent — with schooling, training and medical bills prominent — by the time the labour and inputs were needed for the new season. It was not as though cocoa was no longer a money-spinner; a well-managed grove can still reward household labour the equivalent of US$10 a day worked among the trees. But farmers simply did not have the means to manage their trees the way they knew they should.

Some farmers were especially strapped for cash. They risked falling into a poverty trap where they could barely harvest any cocoa, and so had nothing to spend on the crop in the coming season. Elderly farmers and women living alone were particularly vulnerable.

It wasn’t just a matter of liquidity and credit. As the pests and diseases mounted, gaining resistance to chemicals, tried and trusted chemicals lost effectiveness. Farmers needed reliable guidance on which new chemicals to spray. While this may square circles in the short run, the environmental costs of heavy use of toxins soon add up. In the medium term, more ecological means must be found to deal with pests and diseases – growing cocoa with forest trees that harbour spiders and birds that predate the pests is one avenue. Can research find a better answer to swollen shoot than slashing and burning? A solution would amply repay intensified investigation.

Cocoa can still provide a living in the forested lands of southern Ghana, if farmers and all those who work with them can take up the challenges evident. Four priorities were evident: