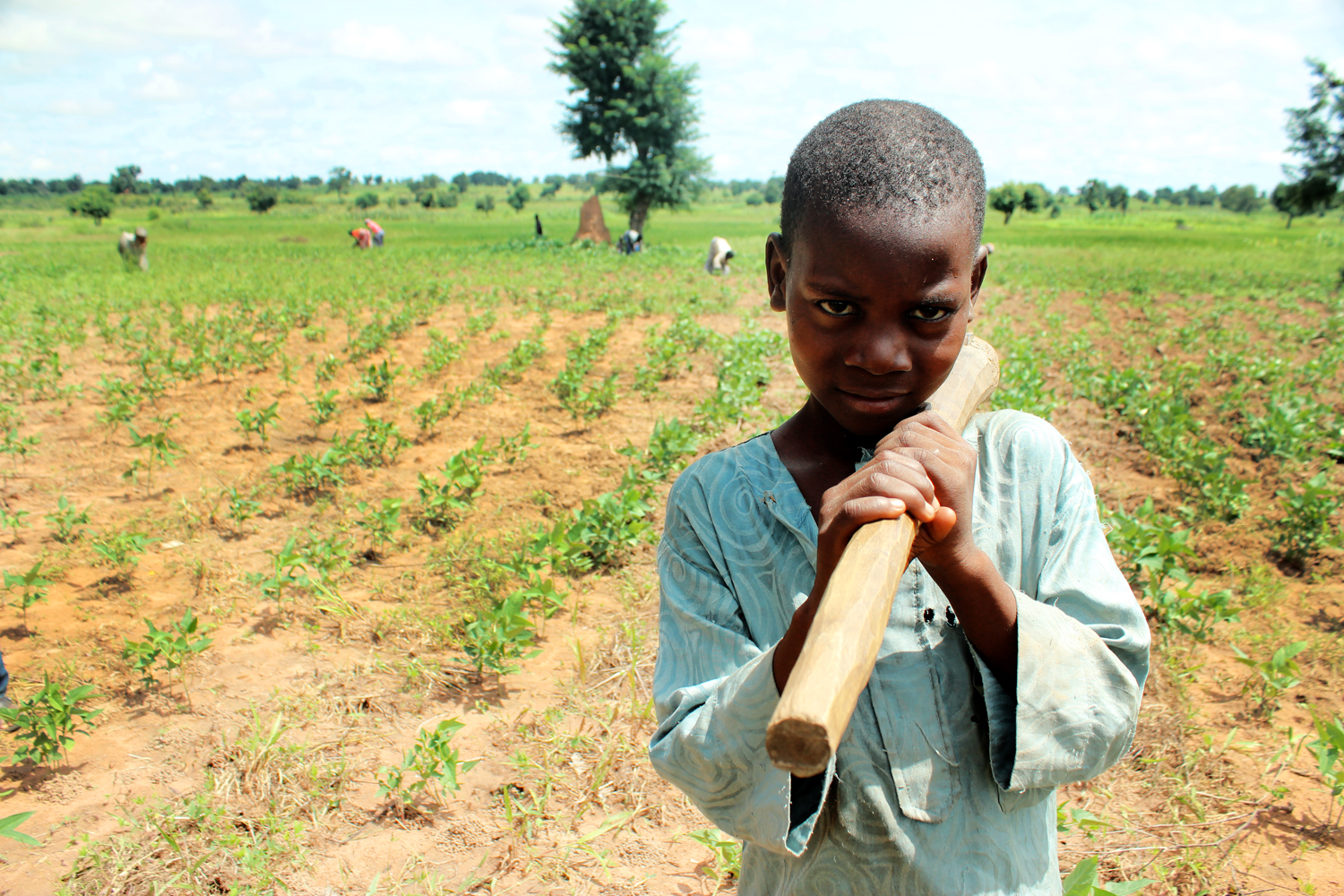 In this blog, APRA researchers Adesoji Adelaja and Justin George summarise their two latest working papers on the role of resilience factors in mitigating the negative effects of conflict on land expansion, and how conflicts affect land expansion by smallholder farmers in Nigeria. They condense the findings from both studies and offer policy recommendations on how to counter the negative effects of armed conflict on smallholder households.

In the last decade, armed conflicts became a major barrier to achieving agricultural growth and food security in Africa. Its negative impacts on agricultural output, investments, land use decisions, input distribution and support institutions are a great concern to African governments, multilateral agencies and other development partners. The previous decade also saw a significant rise in the number of medium-scale farms in the region, primarily driven by scale-up by smallholder farms (SHFs). Here, we summarise two studies which empirically investigate the impacts of armed conflicts on the scale-up ability of SHFs, and the role of household-level resilience factors in mitigating those impacts. Both studies are based on household level data from Kaduna and Ogun, two states in Nigeria that had direct and indirect exposure to conflicts such as the Boko Haram insurgency, farmer-herder violence and ethnic violence.

Further investigation into other factors showed that farm-led transition, financed by proceeds from farm operations, is impacted more by armed conflicts than non-farm-led transition, which is financed by off farm activities. While we confirm empirically the hypothesised negative impacts of armed conflicts on SHFs, we also find evidence to suggest that development resilience, measured by factors such as assets, education, off-farm income and access to social safety nets help mitigate these negative impacts. Households that are more resilient in terms of their socio-economic endowments are more likely to cushion the shocks afflicted by conflicts.

We also uncover differential impacts on Kaduna, a state more directly affected by conflicts vis-à-vis Ogun state, which is relatively more peaceful. Surprisingly, the adverse effects on the transitioning capacity of SHFs in Kaduna were more pronounced than on SHFs in Ogun state. In places such as Kaduna, which are directly exposed to the conflicts, forced displacement may leave many parcels of idled land, increasing opportunities for remaining SHFs to expand their operations. We also find the mitigating effects of resilience factors to be stronger in Kaduna State than in Ogun State.

In Nigeria, policy attention in response to conflict has focused mostly on the Northeastern region, the epicenter of the Boko Haram insurgency. While this focus is justified, our studies revealed that areas which are not in the immediate vicinity of major conflicts are also negatively affected by conflicts. This is worrisome. Typically, post-conflict relief and rebuilding efforts targeted toward farmers tend to focus on active conflict zones, not places indirectly affected. Our findings suggest that policymakers should be concerned about the spillover effects of conflicts, which extend to places that may not intuitively draw public attention.

Our main finding that conflicts reduce the likelihood of SHFs transitioning to larger sizes suggests that there are longer-term impacts of conflict through the discouragement of agricultural growth. This is in addition to the several short-term impacts armed conflicts inflict on rural agricultural economies. In countries that are reliant on agriculture, conflicts can change the macroeconomic growth trajectory by impeding land expansions.

Policymakers should therefore be aware that even in places facing relatively milder incidence of conflict, there is need to implement effective programs and policies which would facilitate resilience building among households. Focusing on the resilience building tools such as better education, improved access to safety nets and asset building would be a very good starting point.