APRA features at the Second Scientific Conference held at the Sokoine University of Agriculture, Tanzania 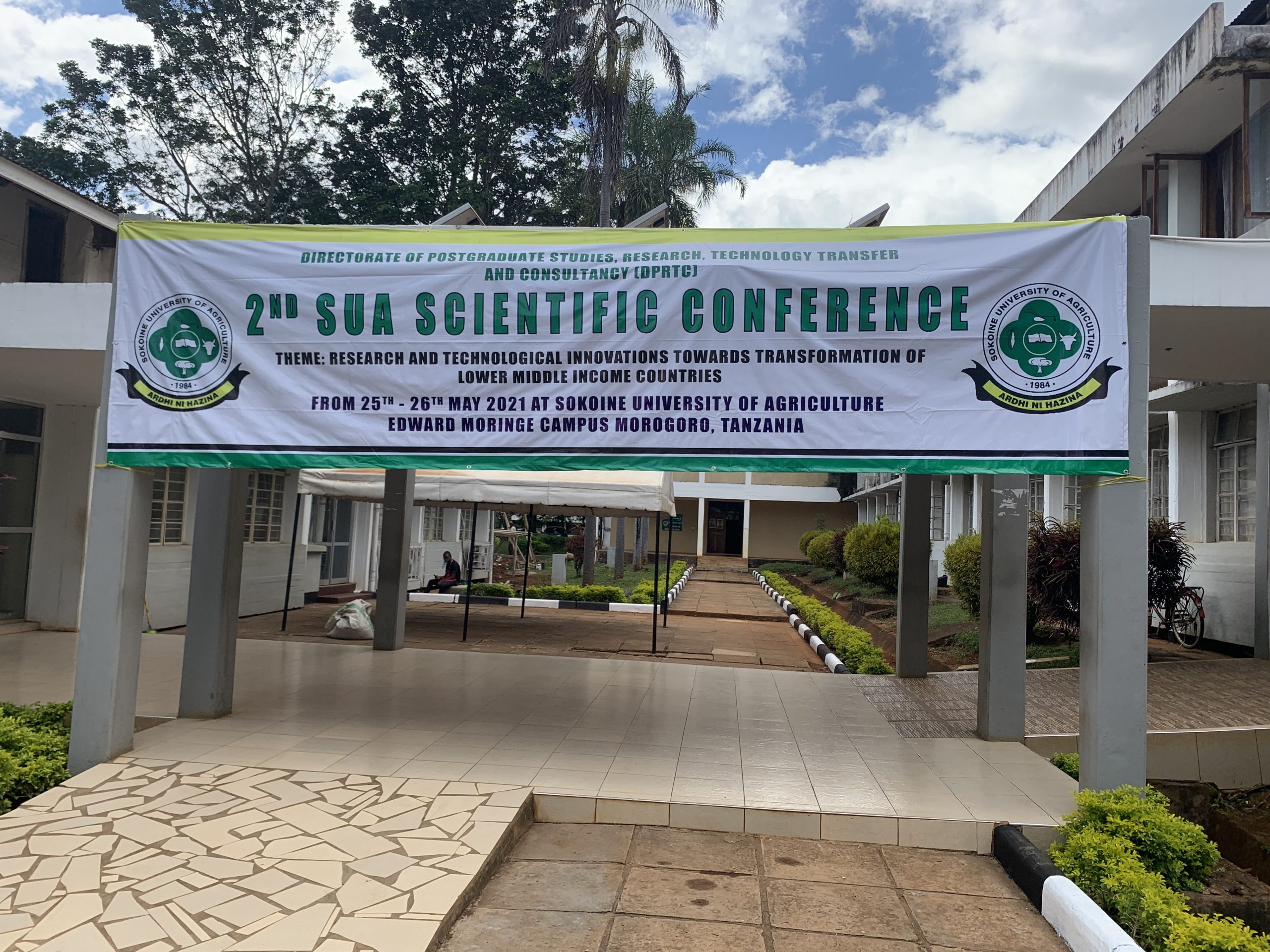 The Agricultural Policy Research in Africa (APRA) participated in a scientific conference at Sokoine University of Agriculture (SUA), Tanzania from 24th May–27th May 2021. Themed ‘Agricultural Technologies, Productivity and Market Competitiveness in Tanzania: Towards an Upper-Middle Income Economy’, the conference provided a platform for scholars to interact and exchange knowledge on the application of science, innovation, and technology in the country’s socio-economic transformation. This blog highlights APRA Tanzania researchers’ contributions to the conference.

The Second Scientific Conference was part of Sokoine Memorial Week 2021 which honoured the late Edward Moringe Sokoine, Tanzania’s second Prime Minister, after whom SUA was named. The memorial week was the second in a series of bi-annual events which have been held since 2017 to disseminate technologies and to celebrate the late Prime Minister’s contribution to agricultural transformation in Tanzania. Apart from the scientific conference, the memorial week featured different activities including exhibitions on technology, innovation, and research and development in agriculture, livestock, and fisheries.

The scientific conference comprised of parallel sessions in which 164 papers were presented under the following five main themes:

This study found that farmers’ livelihoods improved between 2017 and 2019. However, there was no major improvement for women who live in households which are headed by male, older and medium-scale farmers. Small-scale farmers, female-headed households and youth engaged less in rice commercialisation, suggesting a need for infrastructural, policy and institutional changes to include these households in rice production and commercialisation.

Impact of rice commercialisation on livelihoods in Kilombero valley, Tanzania: Anybody left behind?

This study revealed improvement in livelihoods between 2017 and 2019 but there was less improvement for women who live in households which are headed by male, older and medium-scale farmers. Moreover, small-scale farmers, female-headed households and youth are excluded from rice commercialisation due to limited resources. The findings suggest that these marginalised households should be included in rice commercialisation, and sustaining such improvements requires diverse livelihood options and efforts to ensure inclusivity by the government and other development agencies.

Inclusion of women and youth in rice and sunflower commercialisation in Morogoro and Singida Regions.

Rice commercialisation in Kilombero Valley, Tanzania and its implications on food security and the environment

This study found that famers in Kilombero engaged in area expansion and intensification of rice farms. Further, rice commercialisation and the use of inorganic fertilisers increased with farm size. Rice commercialisation increased food security to different degrees for different categories of farmers. However, increased farm sizes sometimes expanded into marginal and protected areas leading to land degradation. In the same vein, increased use of fertilisers and agrochemicals will pollute water, negatively impacting people’s health in the long run. Since both measures may eventually reduce land productivity, the study recommends the promotion of rice commercialisation in accordance with the second National Rice Development Strategy of 2019 which addresses challenges caused by encroachment of protected areas and puts in place regulations on the use of agrochemicals.

The scientific conference provided an opportunity for APRA researchers to contribute to the provision of solutions to contemporary challenges which face communities in Tanzania and beyond. The contributions were in line with closing remarks by Professor Maulilio Kipanyula, Director of Science, Technology and Innovation, Ministry of Education, Science and Technology, which challenged researchers to conduct studies that seek to solve societal problems.

The papers referenced in this blog are being processed within the outcomes of the conference, which have not yet been made available. This blog will be updated to provide access to the papers, when available.