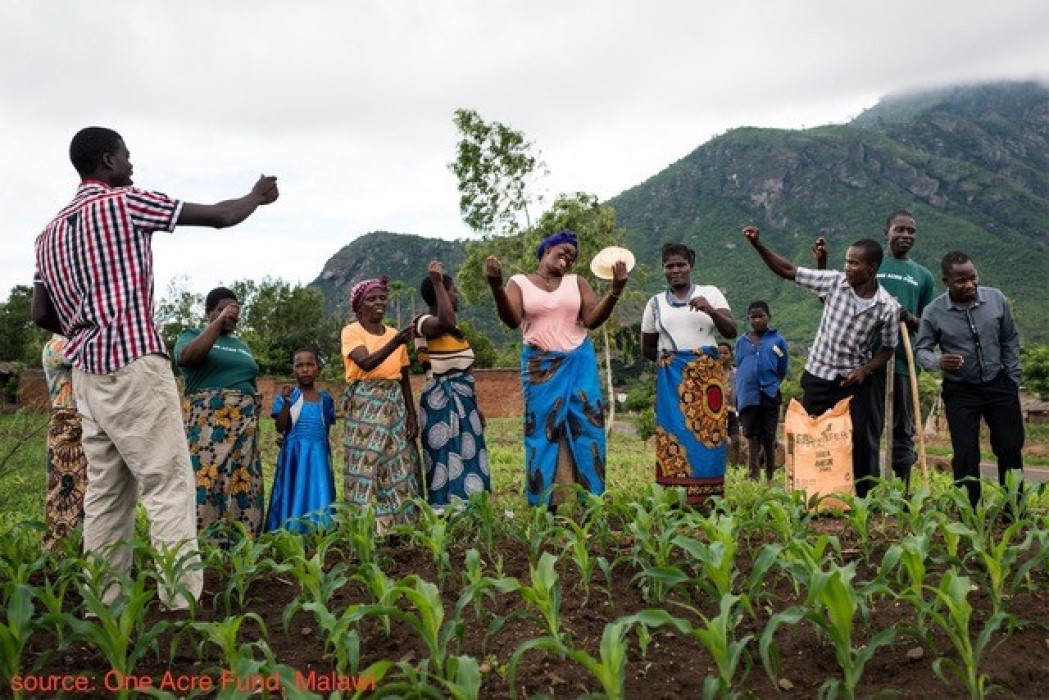 In this assessment, we ask the question: is the extension services system in Malawi doing enough to facilitate agricultural commercialisation among smallholder farmers? This question arrives amidst concerns that commercial agriculture in Malawi, especially among small-scale farmers, has not really taken off as farmers struggle to produce and sell their produce. That situation occurred despite the fact the transition from subsistence farming to commercial farming is seen as one of the critical ingredients to economic growth and improvement in peoples’ livelihoods. In addition, there has been extensive government and donor support to the agricultural extension sector to provide the much-needed extension services, to foster agricultural commercialisation among farmers. Here we learn three things: (1) what the system is doing, (2) what it is not doing, and (3), what the system can do.

What the extension system is doing

The assessment draws from a study (the forthcoming APRA study, ‘Livelihood trajectories of households participating in groundnut commercialisation in Malawi’)  in which we asked opinions and experiences of farmers about the role of extension in commercial agriculture, in terms of messages they were getting, sources of information, approaches used and their general view on agricultural extension’s role. We wanted to find out how these have changed over time, from the 1980s to the present. Findings indicate there have been changes in sources of agricultural information overtime. Farmers no longer exclusively rely on government extension officers, but also on extension services provided by other players, such as non-governmental organisations (NGOs).

To some extent this reliance has been beneficial, as it has somehow relieved the government of the cost of reaching out to the growing population of farmers. Furthermore, the pluralist nature of the contemporary extension system has helped the extension system to have a wide range of extension service providers to respond to the demands of farmers which are coming in partly due to attempts to shift from subsistence to commercial farming. The critical question remains: are smallholder farmers in Malawi receiving adequate services to help them commercialise? Some commentators (Masangano and Mthinda, 2012) have argued that with pluralism the provision of extension services is undermined by issues of coordination, often resulting in duplication of effort as well as confusion among the farmers because the extension messages offered by different stakeholders tend to be contradictory.

The findings also show that messages being delivered to farmers have evolved overtime, whilst the extension system is trying to respond to the changing needs of farmers and the emerging developments in the agricultural sector. There is a general consensus that there has been some significant change, from extension messages as production-oriented to market-oriented, to assist farmers in their quest to commercialise. This has mainly been observed regarding the NGOs, who have tried to promote farming as a business, often through their project approach that target specific areas within a specific timeframe. This positive change in the orientation of extension messages has been replicated in the government’s extension delivery efforts. This change has seen the introduction of the agribusiness sub-sector in the extension system designed to teach agribusiness skills among farmers, advise them on market research, train them to conduct gross margin analyses, and link them to markets – including other support services, such as credit and input supply.

The study also found that there has been a shift from individual approaches of contacting farmers to group approaches coupled with mass communication approaches, especially with the use of radios and mobile phones. These shifts have been made to improve coverage, as well as to help farmers benefit meeting as a group. Group formation has been an important part of the process of commercial farming, as farmers benefit from sharing ideas, learning from each other’s experiences, accessing other services such as loans, buying inputs in bulk and also selling as a group (collective marketing), which helps in accessing better markets and negotiating prices.

What the extension system is not doing

These positive developments notwithstanding smallholder farmers expressed dissatisfaction with the role the extension system is playing in promoting agricultural commercialization, particularly in relation to markets. Farmers acknowledged that access to extension services has helped them change their mindset, to take farming as a business, but they are not happy with the buyers or the prices they are offering. They are concerned that that there is lack of regulation of the informal sector within the marketing of produce, especially groundnuts, which gives the buyers an opportunity to exploit them. Further improvement in the extension system is required, especially in emphasising the primary role of agricultural extension, which include, but is not limited to: changing farmers knowledge; improving farmers skills; persuading farmers to adopt technologies; changing attitudes and perceptions; and facilitating linkages with markets, research and other support services, such as credit, value addition and inputs.

What the extension system needs to do

The extension system must do more to equip farmers with knowledge on what, when and how to produce, so as to match with the consumer demands. In addition, information will empower them to access good markets for their produce. There is need to train farmers in a wide range of skills such as business planning, gross margin analysis, record keeping, negotiation skills which are crucial for commercial farming. This need is in addition to conventional production skills, in terms of recommended agricultural husbandry practices and climate smart agricultural practices. Smallholder farmers should also be exposed to ICT technologies – such as radios and mobile phones – that can help them access production and marketing information. Smallholder farmers must be challenged to take risks and reduce the syndrome of deeply entrenched dependency, plus more needs to be done linking farmers to lucrative markets, as well as promoting value addition in order to improve quality of products which will improve prices at the markets.