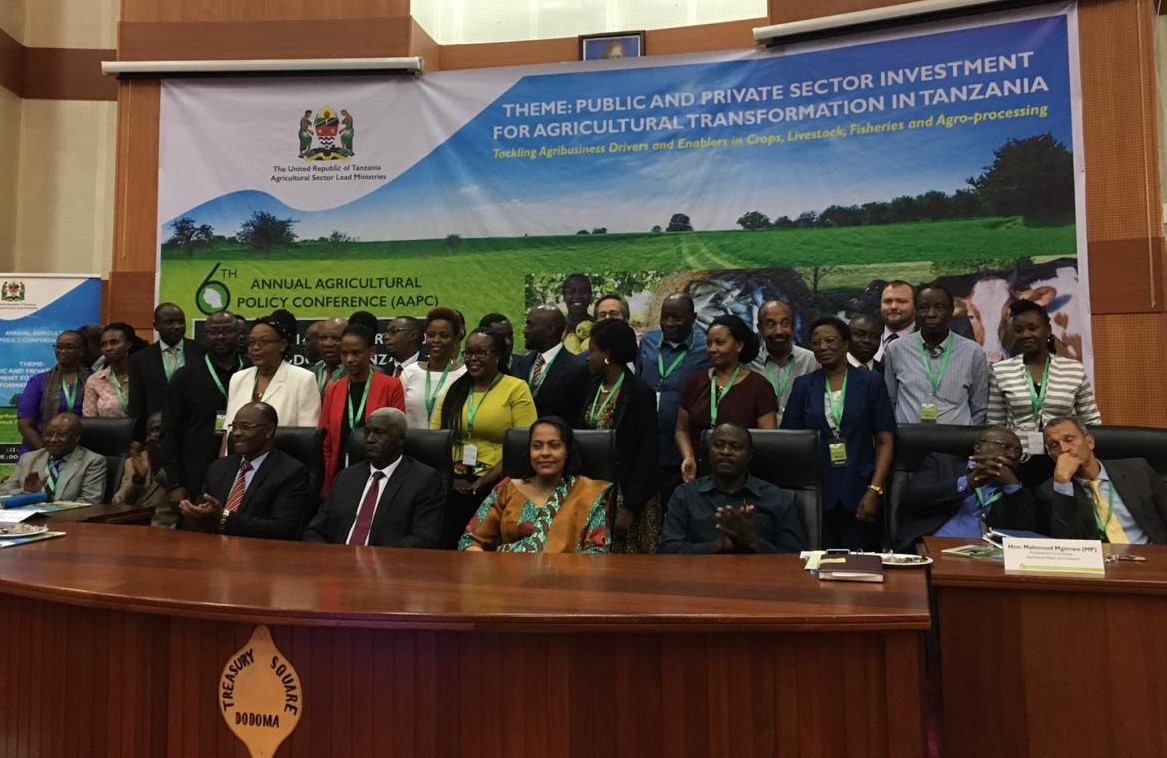 “Public and private sector investment for agricultural transformation in Tanzania”, was the theme for the 6th Annual Agricultural Policy Conference (AAPC), which took place 12-14 February 2020 at Dodoma Hotel in Dodoma, Tanzania. The conference was officially opened by the minister responsible for investment in the Prime Minister’s Office, Honourable Mrs Angelo Kariuki. The conference brought together over 250 participants from academia, research institutions, policy makers, farming community, advocacy groups, NGOs and development partners from Tanzania and in the East African region.

The AAPC was organised around seven policy thematic areas:

Households facing five situations or more were classified as food insecure, while those facing less than five were marked as food secure. The proportion of food secure households increased from 44% for households which did not sell rice at all to almost 80% for households with a high rice commercialisation level. The rice commercialisation index (RCI) was computed as percentage of rice that was marketed out of what was produced during the 2016/17 farming season.

Meanwhile, MDD-Wwas measured using 20 food groups considered to provide the required nutrients for women. The food groups include: (i) cereals, (ii) roots, tubers and plantains, (iii) pulses, (iv) nuts and seeds, (v) milk and milk products, (vi) meat and poultry, (vii) fish and sea food, (viii) eggs, (ix) vegetable and (x) fruits. Households with women eating at least five food groups were classified as meeting MDD_W, whereas those eating less than five as not. The proportion of households that met the MDD-W increased from 8.5% for those who did not sell rice (zero RCI) during the 2016/17 farming season to 33% for medium RCI and surprisingly declined to 28% for high RCI.

For further details about this conference, please see our previous news post.