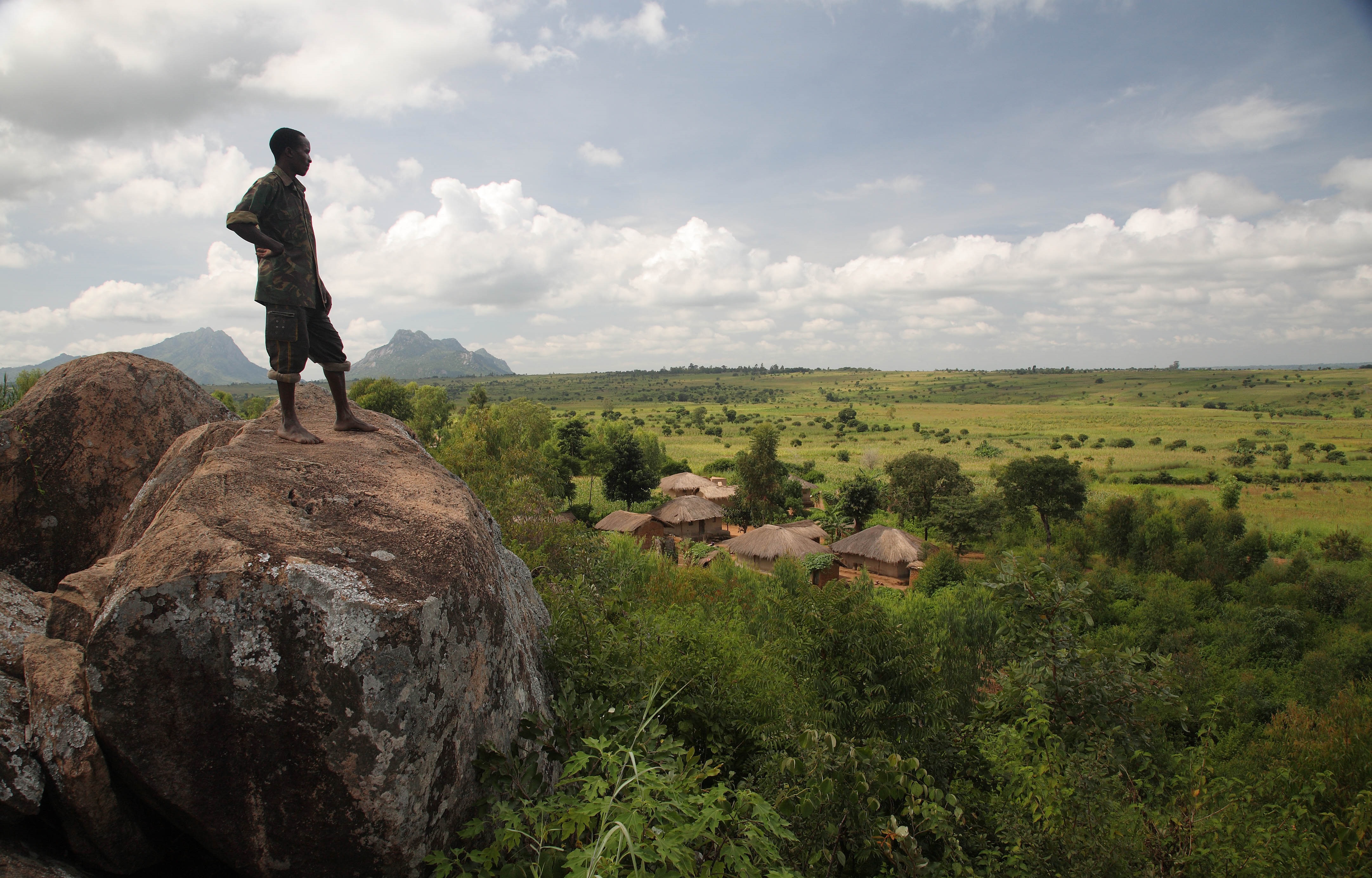 Bringing together key governmental, non-governmental and private sector stakeholders at the district level, the DEC offered an ideal platform for APRA Malawi’s introductory presentation, which aimed to ensure that all district stakeholders are fully aware of the project’s purpose.

In particular, Team Leads used the opportunity to give a detailed outline of planned research to be undertaken in the two districts (Ntchisi and Mchinji): in brief, on the pathways to agricultural commercialisation among smallholder farmers, using groundnuts specifically as an entry point.

The meeting opened an avenue for direct dialogue between the project’s stakeholders and APRA researchers, allowing the latter to provide clarification on questions concerning research methodology, and the avoidance of bias relating specifically to the influence of forthcoming elections in Malawi.

Some participants in the meeting voiced concerns regarding the project’s beneficiaries – fearing that middlemen and large-scale entrepreneurs, and not the targeted smallholders, would ultimately reap the rewards of the project’s efforts. In response, the APRA team emphasised that the research project is principally designed to generate evidence that will inform discussion among key stakeholders. The evidence gathered will help to shape the design of, and improvements for, their interventions, to better serve the needs of smallholder farmers, within the context of commercialisation.

A key takeaway from the presentation was one of communication. With an interest in reviewing the project’s results as they emerge, participants cited continuous engagement between themselves and the researchers as integral to the fulfilment of APRA’s stated goals (details of which can be found here: https://bit.ly/2Hlad4y). In particular, participants requested that the team consider communicating with the District Agricultural Technical Committee at regular intervals, which has the capacity not only to engage with agricultural commercialisation issues at a technical level, but also to provide a platform for incorporating lessons from the research project in their daily routines.

Having introduced the project to the Ntchisi DEC, future engagements will be conducted with the District Agricultural Technical Committee. The research team will use these meetings to share their findings to particularly highlight any emerging issues to be addressed, as well as recording the project’s successes with reference to wider policy decisions.

An introductory presentation for Mchinji district will also be given once the district officials confirm to the APRA team the date of their next DEC meeting.