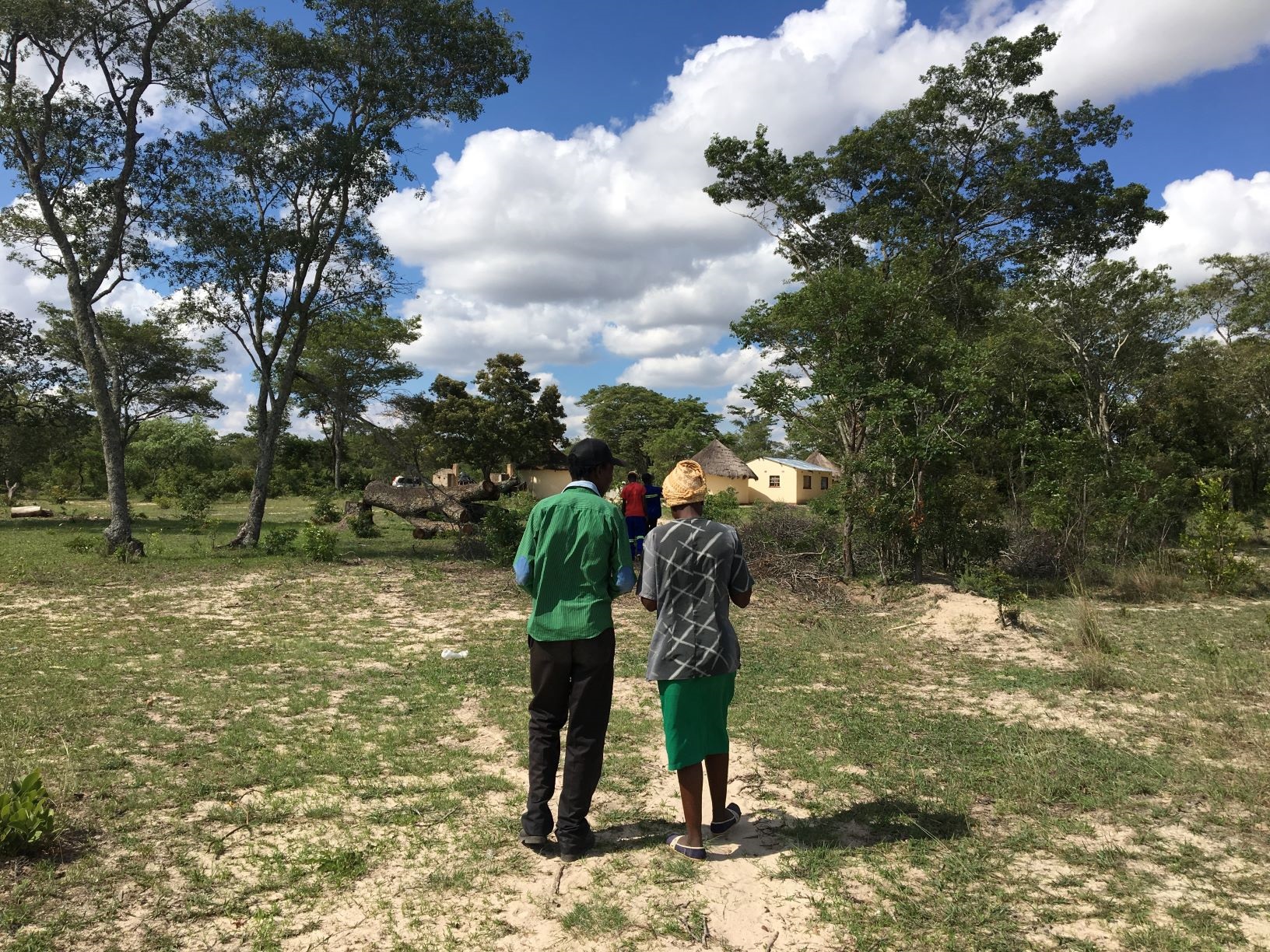 Reflections on processes of agrarian change across sites

As the previous blogs in this series have shown, there are quite dramatic differences between resettlement sites in our Masvingo sample, with different patterns of differentiation and so different trajectories of change emerging. This blog focuses on this comparison, and tries to draw out some of the most important differences.

Perhaps the most stark differences are between the A1 (smallholder) and A2 (medium-scale commercial) sites. The former emerged from land invasions more or less exactly 20 years ago, led by war veterans and others, and involving contesting land with then resident white farmers. Informal settlements were established as ‘base camps’ and only during the next year or so did regularised settlements emerge. Indeed, 20 years on some of our sites are still informal, and barely planned. The A2 farms emerged from a more formal procedure of application, although as noted this could be manipulated through political and other connections. These are much larger allocations, certainly for dryland A2 farms, and were expected to emerge as the new basis of commercial agriculture, led by an educated, professional middle-class farming elite.

The envisaged plan, first laid out in 1998 as part of the government’s plan for a new phase of land reform, has not emerged. With a few outlier exceptions amongst A2 farms, the A1 farms are by-and-large much more successful, certainly in terms of per area production, but also in terms of employment generation and the dynamics of accumulation and investment that have emerged. The A1 farms additionally have driven a wider process of local economic development, while A2 farms, like their large-scale commercial farm predecessors, have remained dislocated from local economies, although do provide a source of employment for poorer A1 farmers, and nearby communal area households too.

Within the A1 areas, as the previous blogs have shown, there are quite stark differences. Without doubt it is among the A1 self-contained farms where the greatest success is observed. Partly this is due to the nature of the original settlers, being more connected and with greater levels of assets, but it is partly due to the entrepreneurial focus of the self-contained farmers. As separated off farms, they have to go it alone, invest in farm equipment and infrastructure, building the farm up from scratch. Unlike in a villagised setting they can rely less on neighbours – for example for work parties, and even for the supply of temporary work. They must develop their farm business, and link to markets themselves, investing in infrastructure and transport, as well as accommodating permanent labour on the farm. This is of course not universally the case, and there is significant differentiation amongst self-contained A1 farmers, as the earlier blog has shown. Nevertheless, there are a good proportion of our A1 self-contained sample – admittedly from the higher potential areas of Gutu and Masvingo districts – who are ‘accumulating from below’ and emerging as successful petty commodity producers, even creating the beginnings of a rural bourgeoisie, with connections to town and investments elsewhere.

Such an entrepreneurial, petty commodity producer class exists across our other A1 villagised farmers too – both those also in Masvingo and Gutu districts and those further south in often more informal settings. The conditions for accumulation are however more constrained in the villagised schemes. The average arable area is smaller, and limited by allocations. The communal grazing is more or less ‘full’, although in more land abundant areas in Chiredzi and Mwenezi, livestock can graze in nearby under-used A2 areas. As in the self-contained areas, a focus on intensification through ‘projects’ – irrigation gardens, broiler units and contract farming of high value crops – is a route to accumulation that does not require extensive land areas. It is also important for grown-up children requiring land and needing to establish independent livelihoods. Women too lead diversification in agricultural production across the sites, but perhaps especially in the villagised areas, where they additionally are engaged in a range of off-farm activities.

Diversified income earning as part of a portfolio is essential in all resettlement areas but is particularly significant in the informal, dryland A1 sites. Here crop outputs are highly variable, and diversification into trading, natural resource harvesting, crafts and so on is essential, particularly for poorer households. In these informal sites, there certainly are some who are accumulating, through a combination of extensification of farming and livestock production and diversification into a range of mostly trading activities, but perhaps only a third of households, compared to about a half in other A1 sites. This is largely due to the marginality of the area, and the lack of markets and circulation, although cross-border trade – for example selling goats or dried mopane worms – provides opportunities, given the proximity to both the South African and Mozambican borders.

Over time, in all sites the reliance on off-farm employment has declined amongst household heads, as farmers have retired or simply decided to concentrate on farming. But none of these sites are settings where livelihoods are generated solely by farming, for anyone. Remittances from now older children may be important, alongside a variety of local income earning, and the persistence amongst a significant minority of someone (usually a male household head) earning through a job, very often a civil service post, such a teacher, solider or policeman.

External support, including through social welfare grants and pensions, is important for some across our sites, and in the drought year of 2019, welfare payments were especially significant among poorer households in our drier sites in the south of the province. In terms of access to other support, including extension services or command agriculture loans, this is quite sporadic. The sites closer to urban areas, notably the villagised sites in Masvingo district had the greatest access to extension services, while those with more political connections, notably the self-contained sites, had more access to command agriculture, although the coverage was uneven and quite limited, since the programme was focused much more in the higher potential areas of the country.

Proximity to markets is of course a major differentiating factor, and those sites near Masvingo have seen the greatest expansion of agriculture-related businesses. This relates in turn to infrastructure and transport availability, which is again uneven across sites. Despite the ability to produce, the remoteness of some self-contained sites is a constraint, whereas the formerly informal site, Uswaushava, that is along a main road definitely profits from connectivity. The cotton boom in the 2000s in that site was linked to this, with many contracting companies competing for business, and today the market gardening of melons is huge quantities is facilitated by easy transport connections. Comparing sites, it is the level of economic embeddedness, including opportunities to invest in local townships and small businesses in the rural areas, that allows an area to grow, agriculture to thrive and some to accumulate. Different places have different opportunities – in the south, it is connections across borders, elsewhere it is to major urban centres, in other places it is simply links to the immediate local economy, where demand is created due to successful agriculture.

The A2 farms do not profit from such a dynamic of local economic development. They rely instead on selling crops or livestock along more conventional value chains, which are more distant and reliant on wider infrastructure. As discussed in the blog on A2 sites, those relying on independent production in dryland areas are severely hampered due to the lack of flexible finance, and the costs of both production and marketing are high. Some manage to make a go of it, including connecting between the farm business and others in town, but for many, A2 farming has not been profitable, and quite a number of farms are operated more as small-scale operations, yet on large areas. These problems, created by the long-running lack of a system of agricultural finance, is offset when a contracting arrangement can be brokered but these are limited in Masvingo (as tobacco is not a crop grown and cotton has for a long period not been profitable). It is only the sugar farmers, with existing infrastructure and a contract/outgrowing arrangement with the estate central to their operations, that can get over the constraints faced by other medium-scale commercial farmers.

The A2 farms remain quite isolated from the rest of the rural economy. There are exchanges of labour and equipment hire, but little else. They also remain outside local patterns of governance that have impinged on all the A1 areas. In all our A1 sites across the province, on-going chieftaincy disputes have been disruptive. These arose when the new areas were occupied and competing parties claimed the land as theirs. This has not been helped by on-going local wrangles between multiple authorities. This is especially the case in the villagised areas, where Seven Member Committees may combine with local councillors, traditional leaders (headmen) identified by competing chiefs and ruling party ‘cells’. This has often caused confusion and dispute, and has undermined development efforts.

Overall, then, across our sites we see a highly varied pattern. Across the A1 sites, we see a significant dynamic of ‘accumulation from below’ – of successful crop (and to some extent livestock) farming that results in surpluses and so reinvestment in the farm. The scale of such accumulation depends on the year and site, and is linked to market access, infrastructure development and agroecological conditions. In all cases, farm-based incomes are complemented with off-farm income, and employment by household heads as well as adult children is crucial for household economies. The most successful accumulators are found in the self-contained farms, but they are also found across the villagised A1 areas. While this group is consolidating and growing, it still remains at most only a half of all households. Others aspire to this, but are currently failing due to lack of assets or labour, while others are struggling and must adopt much more diverse livelihoods, including selling wage-labour.

This pattern of social differentiation and resultant class formation within the A1 areas and between A1 and A2 areas is an important feature of the new agrarian landscape, both economically and politically. This has important implications for the future, as will be discussed in the next and final blog in this series.

Led by Felix Murimbarimba, the Masvingo team is: Moses Mutoko, Thandiwe Shoko, Tanaka Murimbarimba, Liberty Tavagwisa, Tongai Murimbarimba, Vimbai Museva, Jacob Mahenehene, Tafadzwa Mavedzenge (data entry) and Shingirai, the driver. Thanks to the research team, ministry of agriculture officials and the many farmers who have supported the work over the years.